Udaariyaan stars Ankit Gupta and Karan V Grover's fans are at loggerheads right now. They are bickering over the viral precap video of TejAng calling Angad pervert and tharki. 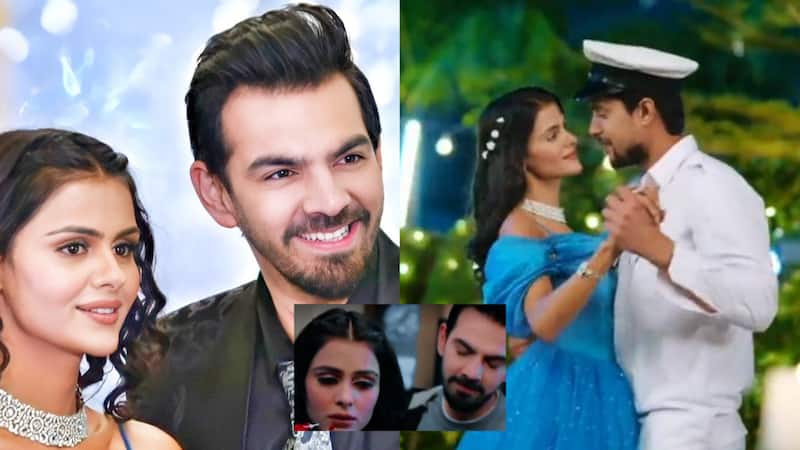 Sargun Mehta and Ravi Dubey's Udaariyaan is one of the most-watched TV shows in the country. It stars Ankit Gupta, Priyanka Chahar Choudhary, Karan V Grover and Isha Malviya in the lead. It essentially talked about the love triangle between Fateh (Ankit), Jasmin (Isha) and Tejo (Priyanka). However, Angad Maan's entry into the scene has changed the dynamics. Tejo is still maintaining the facade of being Angad's fiancee for Fateh and Mr Sharma, Angad's acquaintance. Though knowing that it is a pretence, Angad is slowly and gradually falling in love with Tejo. He is also helping her cheer up and move on from her bitter past. Now, a precap video is out of the upcoming episode of Udaariyaan and it seems fans are not happy with it. Also Read - Imlie's Fahmaan Khan, Yeh Hai Chahatein's Abrar Qazi and other TV hunks who work for very reasonable fees despite huge popularity

In the upcoming episode of Udaariyaan, we will see that Angad will be helping Tejo with the hook of her dress. He has a smile on his face even though his eyes are closed. Now some of the fans have found it creepy. Especially, Fatejo fans. They weren't really happy as they want to see Fateh with Tejo. Karan V Grover's character is getting a lot of backlash. He is being called pervert and tharki. And Angad's fans have come out in defence of their favourite actor and his character. They have hit back at Ankit's character saying that he has been very unfaithful to Tejo. TejAng shippers are getting into a war of words with FateJo fans. Check out the tweets here: Also Read - Dheeraj Dhoopar in Sherdil Shergill, Shabir Ahluwalia in Kumkum Bhagya and more TV hunks who wowed viewers as Punjabi mundas

Angad is literally going through the quote "moqe ka faidah uthana" By playing this move on move on game he's getting nearer to tejo. AND THE PRECAP IS PURELY DISGUST! PERIOD. #Fatejo #Udaariyaan https://t.co/Fs8CD8zWXz

A tight slap ???? for making him stay in his limits ?.#Udaariyaan #Fatejo

#udaariyaan
Fateh fangirls r calling #tejang fans perverted just bcoz he has a smile in precap wid his eyes closed while helping tejo with her dress modesty.
Bt they easily support a fateh who called tejo's biggest moment his weak moment n betrayed her with his own sister in law

Well there is nothing wrong in sex scenes, even fatejo had one which was then spoilt by fateh since he called it a weak moment. But #tejang fans r not looking for this, they want growth progression and may be when their relationship reaches that stage LOVE MAKING. #udaariyaan https://t.co/nmK5TEemMo

Shameful ?
You don't have any right to involve #tejAng fans in this, such creepiness should not be allowed, we all should mass report this account! #Udaariyaan https://t.co/CZOU5CgNSF

#Fatejo shippers calling him out for being tharki.. If this is Tharak, I see #tejang being real coz Tejo is more attracted to tharkis ?? harsh but true! Yay! tharki maan #Udaariyaan pic.twitter.com/jwTURcCMvw

Also what to expect from such a low mentality fateh fangirls. You guys can go to any level to defend fateh and can bash angad or karan beyond limit for self satisfaction even if tejo seems comfortable today you guys will bash her too ik the mentality you guys carry?#Udaariyaan

Well, fans, it's a TV show, watch it like one. It was a preview. Wait for the whole episode to come out and then pass the judgements. Meanwhile, in the upcoming episode of Udaariyaan, we will see Jasmin reaching Jade Hall. She wants to know the whereabouts and plan of FateJo as she believes, they both are duping her. Jasmin is hell-bent on revenge right now. Also Read - Jennifer Winget, Karan V Grover, Mouni Roy - Take a look at the TV stars who rocked Instagram this week