Anupamaa SHOCKING twists: Sara takes a stand for Anuj-Anupamaa; Baa gets into a verbal fight with Barkha

In the upcoming episode of Anupamaa, Barkha will refuse to attend Kinjal's baby shower and Sara will take a stand for Anuj and Anupamaa. Later, and Barkha will come face-to-face and get into an argument. 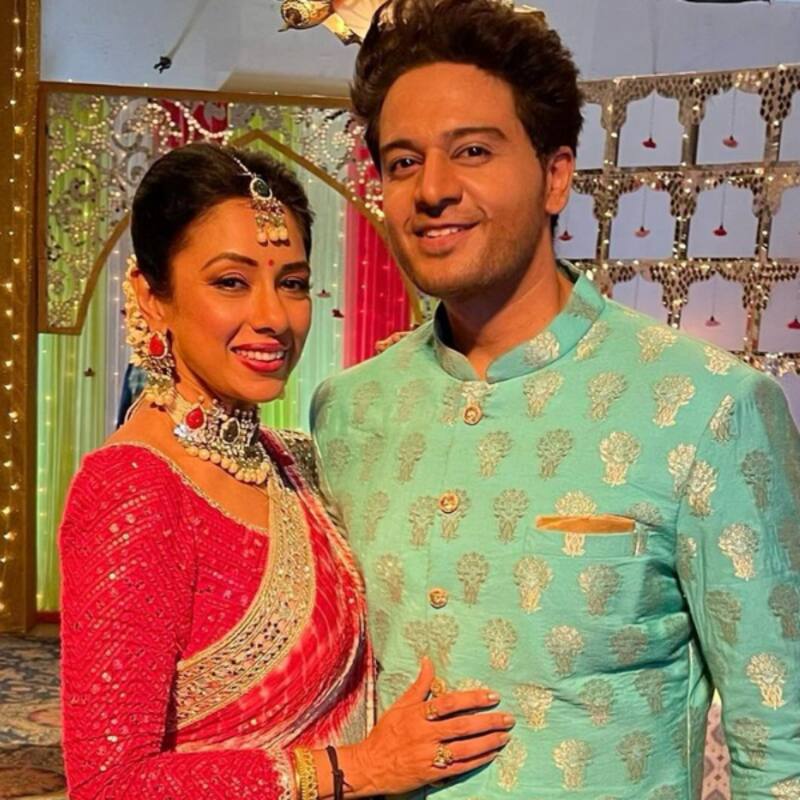 In the current episode of Anupamaa, Barkha is seen creating a rift between Anu and the Shah family. Both, Anu and Anuj plan for Kinjal's baby shower and they help with household chores. On the other hand, Baa calls and informs everyone about Kavya and Vanraj. Also Read - Anupamaa: Anuj Kapadia opens eyes post brain surgery; MaAn fans celebrate 'Ek Duje Ke Vaaste' moment [View Tweets]

In the upcoming episode of Anupamaa, Barkha will refuse to attend Kinjal's baby shower. Anuj's brother will lose his calm at Barkha. Even, Sara will say that her mother is wrong. She will even target Adik and he will convince Barkha to attend the baby shower celebrations. Barkha's family will accept Bapuji's invitation to Kinjal's baby shower. On the other hand, Baa, Anupamaa, Rakhi, and Barkha get worried about Kinjal's baby shower. They promise themselves that they will not spoil the celebrations and avoid insulting each other. Meanwhile, Anu will get suspicious about Pakhi and Adik's relationship. Also Read - Kundali Bhagya's Shakti Arora to Pavitra Rishta 2's Shaheer Sheikh: TV actors who replaced OG stars and got brutally trolled

Barkha will reach the Shah house with her entire family and Baa will start insulting her. Baa and Barkha will come face-to-face and get into an argument. Baa will tell Barkha to keep her sandals outsdie of the huse. She will even taunt Barkha. Rakhi Dave will meet Barkha at Kinjal's baby shower party. Rakhi and Barkha will team up and create dramas with their evil plans. On the other hand, Anuj tries his level best to protect Anu from all the trouble. What will happen next? Also Read - Trending TV News Today: Rohit Sathia accuses Karan Mehra of infidelity, Rupali Ganguly dons Akshay Kumar's gifted saree and more