In the upcoming episode of Anupamaa, Adik manipulates Pakhi against Vanraj and Anu. While, on the other hand, Barkha to fix Pakhi and Adik's engagement. 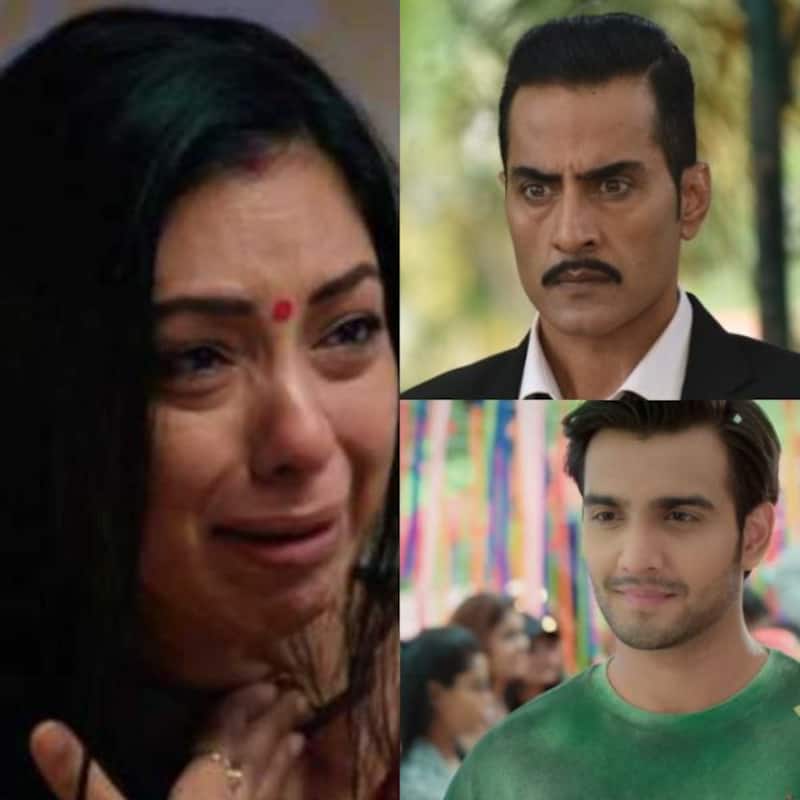 In the current episode of Anupamaa, a huge drama unfolds at the Shah family during Kinjal's baby shower. Rakhi instigates Vanraj against Anuj and tells him that the latter has replaced him. Vanraj boils in anger and rushes to attend Kinjal's baby shower. But Adik and Pakhi's closeness grabs Vanraj's attention. Vanraj claims that she will not let Adik stay with Pakhi. He slaps Adik and leaves everyone shocked. Anupamaa tries to stop Vanraj. Pakhi on the other hand loses sher calm at Vanraj and calls him jealous. Also Read - Anupamaa actor Gaurav Khanna aka Anuj proves he loves luxurious life; check his collection of lavish cars and bikes

In the upcoming episode of Anupamaa, Pakhi will remind Vanraj of his past life with Kavya and make him feel guilty. Pakhi will advise Vanraj and Anupamaa of finding love in old age. She also says that Vanraj was not getting married for the second time. Also Read - Anupamaa’s Sagar Parekh, Ghum Hai Kisikey Pyaar Meiin's Aishwarya Sharma and more – Meet the TV Instagrammers of the week

Anupamaa stops Pakhi from losing control over her tongue. Anu tells Pakhi that she got married for the second time after making her career and asks her what she has done for her life? Vanraj decides to teach Pakhi a lesson for life. But, Pakhi gets stunned after Anupamaa's question. Also Read - Anupamaa SHOCKING update: Ankush-Barkha to throw paralyzed Anuj and Anupama out of Kapadia house

On the other hand, Rakhi supports Pakhi and accuses Anupamaa of spoiling her kids. Rakhi humiliates Vanraj in front of everyone. Kinjal loses her calm after her mother Rakhi insulted Vanraj. She tells Rakhi to leave the house.

Vanraj will then scream at Anupamaa after Anuj's family leaves. Vanraj tells Anu to get separated from her in-laws. Anupamaa scolds Vanraj and says that she does not want to see his face ever. Barkha will take advantage of the situation and will fix Adik and Pakhi's engagement. While, Adik plans to grab all the property of Anu and makes Pakhi falls in love with him. He will manipulate Pakhi and make her go against Vanraj and Anupamaa. What will happen next?