After Ankita Lokhande, Karishma Tanna all set to tie the knot with longtime beau Varun Bangera in 2022; read deets

After Pavitra Rishta actress Ankita Lokhande, now Karishma Tanna is all set to take the plunge soon. Yes, you read that right. 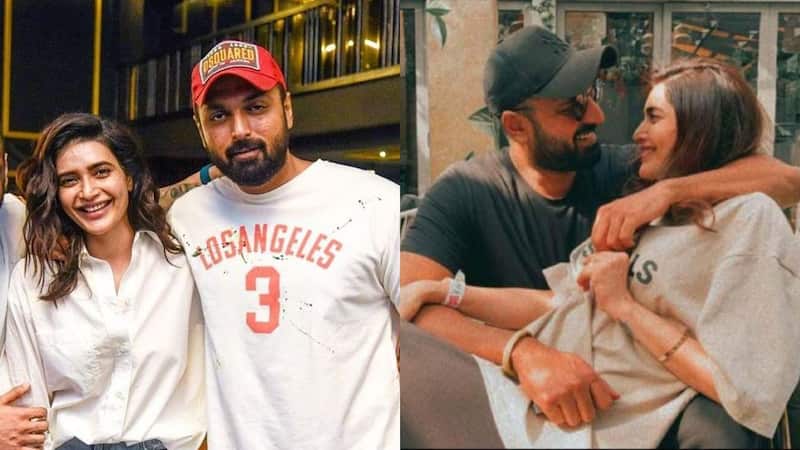 After Pavitra Rishta actress Ankita Lokhande, now Karishma Tanna is all set to take the plunge soon. Yes, you read that right. Actress Karishma will tie the knot with her longtime beau Varun Bangera on February 5 in Mumbai. Karishma and Varun's pre-wedding rituals including haldi, mehendi, and sangeet ceremonies will start from February 4. After their grand wedding, Karishma and Varun will host a lavish reception party for their close industry friends and family members on February 6. Karishma's beau Varun is a Mumbai-based businessman who is into real estate. The couple got engaged on November 12 and their low-key affair was attended by their family and close friends. Karishma and Varun are head over heels in love with each other and their PDA pictures speak volumes about their strong bond. Also Read - Ankita Lokhande turns Tulsi Virani as she introduces her family; a look inside her ultra-glamorous home will make your eyes pop [Watch]

A source was quoted by ETimes TV saying that Karishma has been tight-lipped about her wedding details as she does not want undue attention on her personal life. The bride-to-be wants her wedding to be a family and friends affair. The lovebirds Karishma and Varun met at a common friend’s party around a year-and-a-half ago and within no time the two became friends. Since then both started dating and their bond grew stronger with each passing day. Also Read - Jasmin Bhasin, Hina Khan, Nia Sharma and more TV bahus who went 'sanskaari' to sexy with their bold bikini avatars