Imlie Spoiler Alert: Imlie and Aryan plan to ruin Aditya and Malini's wedding; will they be successful?

Imlie 15 December 2021, episode 341, SPOILER ALERT: In the coming episode, Imlie and Aryan will decide to ruin Aditya and Malini's wedding. 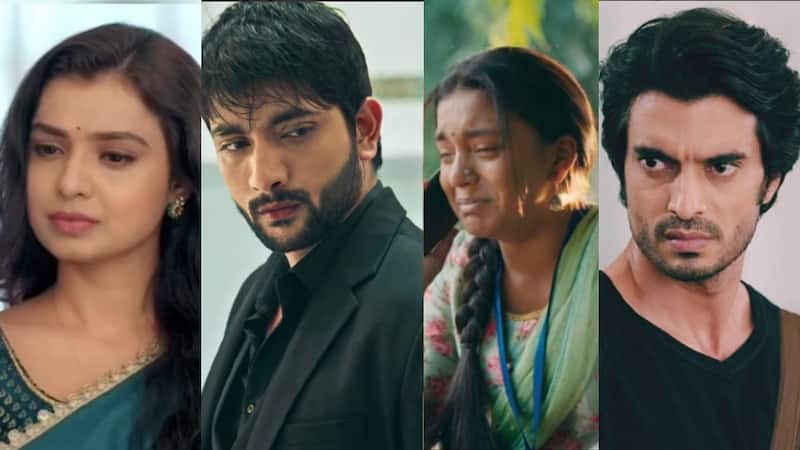 Imlie 15 December 2021, episode 341, SPOILER ALERT: The makers of the show Imlie have kept the viewers hooked to their screens with the engaging drama between Imlie and Aditya. In the current episode of Imlie, Imlie finally decides to sign the divorce papers and part ways with Aditya. Meanwhile, Aditya decides to marry Malini again. Malini was successful in manipulating Aditya against Imlie. She plays her trump card and threatens the family and tells them that she will terminate her pregnancy. The Tripathi family gets scared of losing the unborn child and Aditya decides to marry her. Aditya wants to show Imlie that he has moved on in life and in desperation announces his wedding with Malini. Imlie gives a befitting reply to Malini and tells her that she gave Aditya in charity to her. Also Read - Trending TV News Today: Charu Asopa wants divorce from Rajeev Sen, Taarak Mehta Ka Ooltah Chashmah gets new Nattu Kaka and more

The coming track of the dhow will revolve around Aditya and Malini’s marriage. In the upcoming episode of Imlie, Anu will plan a lavish marriage, but the Tripathi family will not be involved in it. Audiences will witness Anu asking Bhaskar Times to cover the high-profile wedding and print it on their main page. Anu insists Aryan put Imlie to cover the wedding. She will initially refuse to report the wedding but will accept it as a challenge. On the other day, Imlie with her colleagues reaches the Tripathi house to cover the wedding. Imlie has planned to attack both Aditya and Malini after what she had to go through. She will surely not hurt the Tripathi family, but will not spare Aditya and Malini. Imlie being in the Tripathi house, Aditya will worry about the decision he made to remarry Malini. Also Read - Imlie: Fahmaan Khan shares a ROMANTIC picture with co-star Sumbul Touqeer; Arylie fans call them 'best couple'

On the other hand, Aryan gets irked with Aditya as he ruined his family's happiness and Imlie's life. He swears to take revenge on him and warns him. Imlie and Aryan plan to ruin Aditya and Malini's wedding. What will happen next? Also Read - Trending TV News Today: Karan Kundrra and Tejasswi Prakash lash out at hateful solo fans, Imlie's Fahmaan Khan completes 200 episodes as ASR and more