Imlie Spoiler Alert: Imlie teaches Aryan a lesson for his badtameezi; pushes his car off the office building

Imlie 15 December 2021, episode 341, SPOILER ALERT: In the coming episode, Imlie pushes Aryan's car and throws it out of the window from the office building. Aryan grabs Imlie in anger and yells at her for her 'gawarpan'. 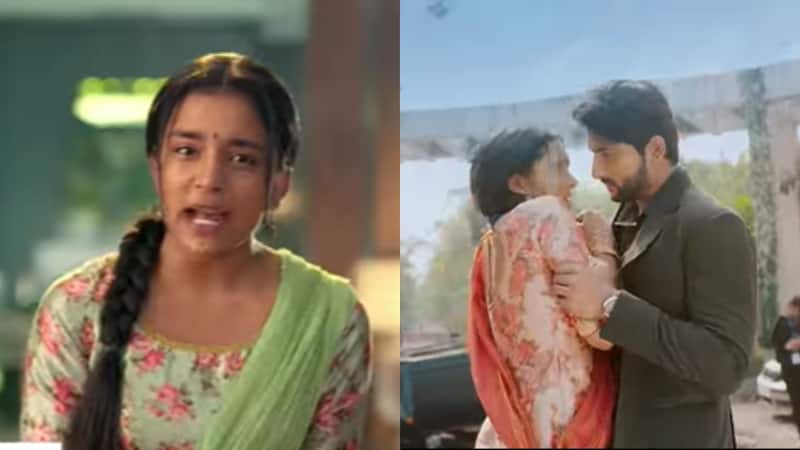 Imlie 16 December 2021, episode 342, SPOILER ALERT: In the current episode of Imlie, Anu plans a grand wedding for Aditya and Malini. Anu goes to the Bhaskar Times and tells Aryan that she wants Imlie to cover the high-profile wedding and also print it on their main page. Imlie refuses to cover the story, while Anu insists Aryan put Imlie to cover it. Later, Imlie accepts it as a challenge. Imlie along with her colleagues reaches the Tripathi house to cover the wedding. She plans to take revenge on Aditya and Malini after what she had to go through. Imlie finally decides to sign the divorce papers. She will not hurt the Tripathi family but will play tricks to ruin Aditya and Malini's happiness. As Imlie reaches the Tripathi house, Aditya will worry about the decision he made to remarry Malini. Also Read - Trending TV News Today: Charu Asopa wants divorce from Rajeev Sen, Taarak Mehta Ka Ooltah Chashmah gets new Nattu Kaka and more

Malini played smartly and convinced everyone for her marriage with Aditya. She threatened the family and told them that she will terminate her pregnancy. The Tripathi family got scared of losing the unborn child and Aditya eventually decided to marry her. Also Read - Imlie: Fahmaan Khan shares a ROMANTIC picture with co-star Sumbul Touqeer; Arylie fans call them 'best couple'

In the upcoming episode of Imlie, Aditya and Imlie are going through a hard phase in their life due to Aditya's blame game. Aryan gets irked with Aditya as he ruined his family and now Imlie's happiness. He swears to take revenge on him. Audiences will witness how Imlie plans to teach Aryan a lesson for life. She pushes his car and throws it out of the window from the office building. Aryan grabs Imlie in anger and yells at her for her 'gawarpan'. The makers of the show Imlie have kept the viewers hooked to their screens with the engaging drama between Imlie and Aditya. What will happen next? Also Read - Trending TV News Today: Karan Kundrra and Tejasswi Prakash lash out at hateful solo fans, Imlie's Fahmaan Khan completes 200 episodes as ASR and more