Imlie Shocking Twist : Imlie agrees to marry Aryan in the same mandap as Aditya and Malini

Imlie 21 December 2021, episode 347, SPOILER ALERT: Narmada gets super happy seeing Aryan and Imlie performing puja together. She wants Imlie to be her bahu and the latter accepts the proposal. 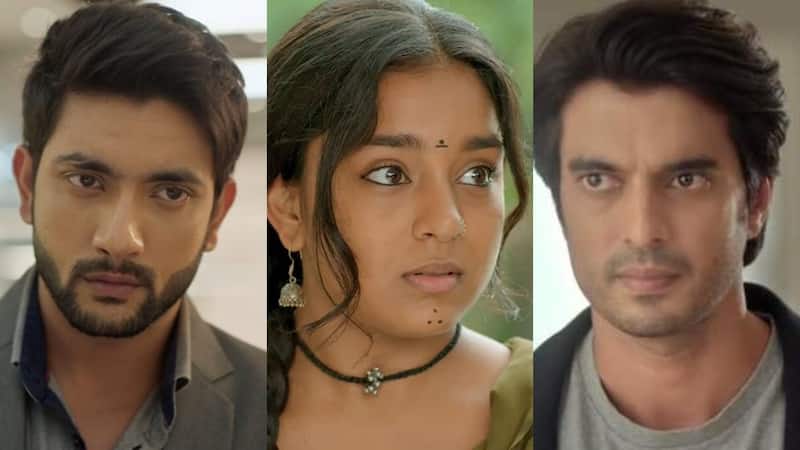 Imlie 21 December 2021, episode 347, SPOILER ALERT: The makers of Imlie are gearing up for interesting twists and drama in the upcoming episodes. Both Imlie and Aditya's life has taken a new turn. Viewers know that after Malini played her last trump card and forced Aditya to marry her, even Imlie agreed to marry Aryan. Imlie wanted to take revenge on Aditya for ruining her life and happiness. On the other hand, Aditya is trying his level best to make Imlie jealous. Anu forced Aryan to send Imlie to cover the wedding. In the last episode of Imlie, Aditya went on his knees for Malini and the two posed for their romantic photoshoot pictures. Also Read - Trending TV News Today: Charu Asopa wants divorce from Rajeev Sen, Taarak Mehta Ka Ooltah Chashmah gets new Nattu Kaka and more

Instead of getting jealous, Imlie told Aditya to keep the kiss. He gets irritated as instead of getting jealous, Imlie is encouraging him to go near Malini. Imlie has decided to take her revenge and will do anything to do it. Tripathi family announces Sangeet function with a Bollywood theme. Both Aditya and Malini decide to dress up as Devdas and Paro. This leaves Imlie upset and teary-eyed. Malini and Anu taunt Imlie. Aryan makes a grand entry as Raj from Dilwale Dulhania Le Jayenge film. Both Imlie and Aryan will give tough competition to Aditya and Malini. Imlie also disguises herself as Simran. Aryan does not want Imlie to fall weak for Aditya and tries his level best to keep her happy and motivated. Also Read - Imlie: Fahmaan Khan shares a ROMANTIC picture with co-star Sumbul Touqeer; Arylie fans call them 'best couple'

In the upcoming episode, Imlie agrees to marry Aryan in the same mandap as of Aditya and Malini. Yes, you read that right. Narmada likes Imlie as her bahu and agrees to her marriage with her son Aryan. Narmada and Arpita see Aryan and Imlie performing puja together. She gets super happy to see her son happy. She gets super happy after she knows that Aditya is marrying Malini and wants Imlie to move on in life. Imlie also accepts Narmada's wish and Aryan agrees with his mother. Also Read - Trending TV News Today: Karan Kundrra and Tejasswi Prakash lash out at hateful solo fans, Imlie's Fahmaan Khan completes 200 episodes as ASR and more

More twist and turns are awaited in the upcoming episodes of Imlie. Stay tuned to Bollywoodlife.com for more updates on Imlie.