Imlie 29 December 2021, episode 353 SPOILER ALERT: Aditya tells Malini that he will not marry her and remarry Imlie. Malini loses her calm at Aditya and Anu gets upset seeing her daughter sad. She decides to kidnap Imlie for for Malini's happiness. 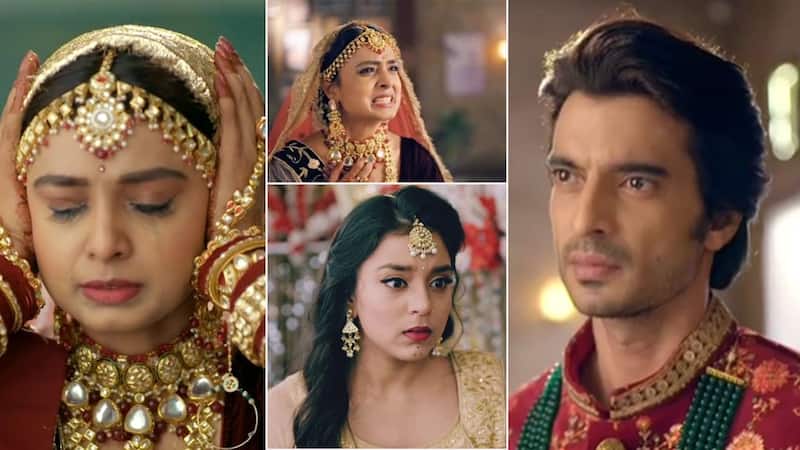 Sumbul Touqeer, Gashmeer Mahajani, Mayuri Deshmukh, and Fahmaan Khan starrer Imlie have kept viewers hooked to their drama show. Fans are in love with the characters of the show. The makers are leaving no stones unturned in making their show number one. Currently, the storyline is about Aditya aka Gashmeer Mahajani, and Malini aka Mayuri Deshmukh's wedding. Malini is happy that Aditya will finally marry her, while on the other hand, Imlie is upset with Aditya's marriage decision. Aditya had decided to marry Malini as he wanted to seek revenge on Imlie. Meanwhile, the Tripathi family is not very happy with the wedding and they want Imlie to remarry Aditya. Also Read - Trending TV News Today: Charu Asopa wants divorce from Rajeev Sen, Taarak Mehta Ka Ooltah Chashmah gets new Nattu Kaka and more

In the upcoming episode of Imlie, Malini will go to any extent to marry Aditya. While Imlie also wants Aditya back into her life. Aryan purchases an expensive lehenga for Imlie. Anu gets happy after seeing Malini's outfit. On the other hand, Aditya reconsiders his decision of marrying Malini. He is about to take the biggest decision ever of his life. Viewers will witness high voltage drama in the upcoming episodes of Imlie as Aditya will refuse to marry Malini and this will leave the latter angry. Malini will lose her calm at Aditya and will blame him for ruining her life. Aditya will ignore Malini and will send a text to Imlie. But, this time instead of Imlie, Aryan will read Aditya's message. Aparna will make Imlie understand that she needs to talk to Aditya and clear all the misunderstandings. After listening to Aparna, Imlie decides to meet Aditya. Before she meets Aditya, Anu's driver kidnaps her and locks her inside the car. Anu gets happy seeing Imlie's condition. Also Read - Anupamaa: Vanraj, Rakhi Dave, Barkha and more 6 villains all set to ruin Anu and Anuj's happily married life

In the car, Imlie will try her level best to open the car and get out from it. Meanwhile, Aryan will notice Imlie inside the car and will come to her rescue. Imlie rushes to meet Aditya, but gets shocked to know that he gets married to Malini. This will leave Imlie heartbroken. What will happen next? Also Read - Imlie: Fahmaan Khan shares a ROMANTIC picture with co-star Sumbul Touqeer; Arylie fans call them 'best couple'