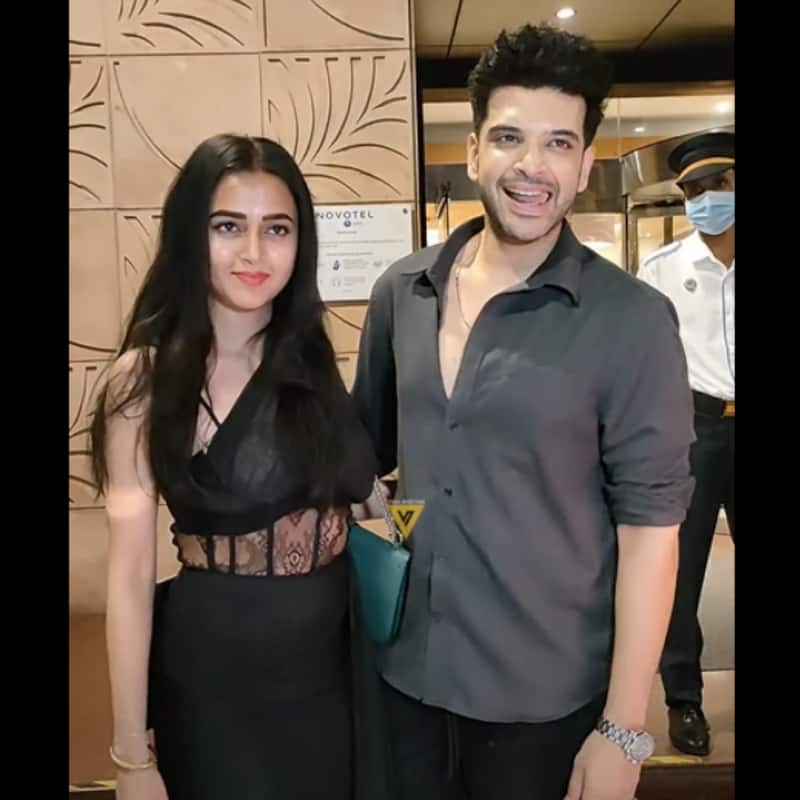 Bigg Boss 15 couple Karan Kundrra and Tejasswi Prakash have managed to win hearts with their sizzling hot chemistry. The two manage to give major love goals and are inseparable. Their lovey-dovey pictures speak volumes about their strong bond. In an interview with ETimes, the handsome hunk spoke his heart out about his marriage plans with girlfriend Tejasswi Prakash. Karan recently quashed his roka rumours with his ladylove Tejasswi and said, 'Twitter par toh roka kya, mere bachche bhi ho chuke hain, 3-4 relationships bhi hain, shaadi toh pata nahi 2012 se kitni bar ho chuki hai. People keep talking about things on social media, but jab kuch hoga toh hum bata denge. We haven’t thought about shaadi yet. We don’t have the time to think about it. She shoots for 12-13 hours for Naagin 6, and I have my things. We hardly get time to see each other, yeh sab toh baad ki baat hai. Even this time, when I returned from Delhi, she came to the airport to pick me up. Toh bas airport se ghar tak saath thay hum, and this is how we are managing.' Also Read - Kangana Ranaut opens up on how Javed Akhtar insulted and threatened her after she REFUSED to apologise to Hrithik Roshan

He even revealed his dream co-star and said that he wants to work with Tejasswi as she is extremely intelligent and passionate person. Karan said, 'I would love to see her work with directors who create magic on screen. Tejasswi has an immense amount of potential. I hope she gets to work with experienced people, the veterans from the industry, I am sure she will shine.' Also Read - Kangana Ranaut's Dhaakad producer sold his office to pay dues after the film flopped? Here’s the truth

On the work front, Karan is currently seen hosting Dance Deewane Juniors. He said that he does not want to do TV for now as he has several projects in his pipeline. He said that he has finished a film and it is from the makers of Mubarakan. Karan even hosted Kangana Ranaut's reality show Lock Upp. Well, Karan and Tejasswi are dishing out some major couple goals and their unconditional love is making fans go gaga over them. Also Read - 'Working with Kangana Ranaut was a massive mistake', Hansal Mehta reveals his Simran experience