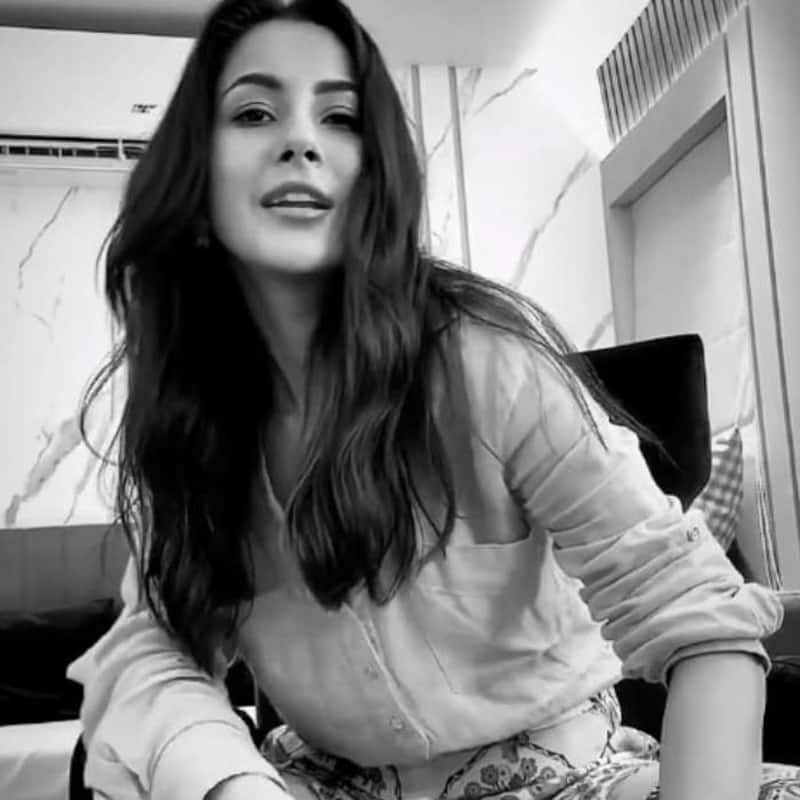 Bigg Boss season 13 fame Shehnaaz Gill who has been winning hearts with her charming personality is a heartthrob for sure. She is quite active on social media and keeps sharing stunning pictures and videos for her fans. She manages to turn heads with her impeccable fashion and style. Recently, the gorgeous 'Punjab ki Katrina Kaif' showed off her killer moves as she grooved to Britney Spears's popular song ‘Work Bitch’. Shehnaaz's hot and sexy moves set the internet on fire and fans went gaga over her deadly expressions. Also Read - Trending TV News Today: Bigg Boss 16 delayed, Urfi Javed slams troll for Rakhi Sawant comparison, Kajal Pisal is the first wildcard of Khatron Ke Khiladi 12 and more

Shehnaaz took to her Instagram handle and shared the black and white video. In the video, Shehnaaz was seen wearing a shirt with printed pants. At the start of the video, Shehnaaz nails the hair flip and flaunts her dance moves as she grooves to the popular song. The Honsla Rakh actress looked ravishing in the video. Within no time, fans flooded the comments section as they praised her talent. One user said, 'Uff teri ada', while the other commented saying, 'Love the way you are#shehnaazgill'. Another fan said, 'The most beautiful soul #ShehnaazGill We love u forever'. Also Read - Before the Uorfi Javed-Kashmera Shah controversy; Rubina Dilaik-Kavita Kaushik, Tejasswi Prakash-Shamita Shetty and THESE other TV actresses had ugly public spats

Ont he work front, it is said that Shehnaaz will be making her Bollywood debut with Salman Khan's upcoming film Kabhi Eid Kabhi Diwali. Reportedly, Shehnaaz will be a vital role in the film. Moreover, it is reported that Salman asked Shehnaaz to pick her own fee for the film and also told his team to work on dates as per her. Shehnaaz even grabbed attention for her closeness with Salman at Arpita Khan’s Eid party. Also Read - Bigg Boss 16: Salman Khan's reality show postponed? Here's what we know