Well, recently Indian Idol 12 winner Pawandeep spoke his heart out about his relationship with Arunita Kanjilal.

The most loved Indian Idol 12 contestants Pawandeep Rajan and Arunita Kanjilal have always managed to win millions of hearts with their exceptional singing and strong friendship bond. The two are back with a bang with their latest love track 'Manzoor Dil' which is composed by Pawandeep and Ashish Kulkarni. Arafat Mehmood has penned down the lyrics and the song was released on October 23. Also Read - Indian Idol 12's Arunita Kanjilal walked out of second song with Pawandeep Rajan because of THIS reason? Here's what we know

Well, recently Indian Idol 12 winner Pawandeep spoke his heart out about his relationship with Arunita Kanjilal. The singer said that they both are close friends and share a good bond. He also said that there is no romantic angle between the two. Pawandeep said that all the Indian Idol 12 contestants spent a lot of time together on the show and have developed an inseparable bond. Also Read - Oh No AruDeep fans! Pawandeep Rajan and Arunita Kanjilal's jodi not together anymore 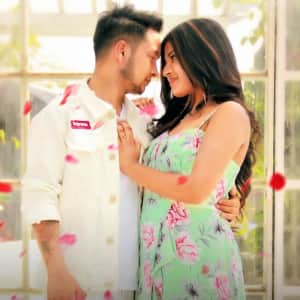 Pawandeep said that he and Arunita are quite young at the moment and right now they are focused on their respective careers. He even revealed that he wants his friendship with Arunita to continue as they grow old.

A few days back, we did an exclusive story on how Pawandeep and Arunita were instructed by their families to focus on their singing careers and not promote their personal life. As in Indian Idol 12, the makers focused on their romantic angle rather than their singing.

On the work front, Pawandeep won Indian Idol 12 and The Voice show. He was announced as the Youth Brand Ambassador by the Uttarakhand Government in the year 2016.