Sayantani Ghosh who had been dating Anugrah Tiwari for about 8 years has finally tied the knot with him. Check first pictures of the Mr and Mrs.

Sayantani Ghosh is now a married woman. The Naagin actress had been dating Anugrah Tiwari for about eight years. And finally, the two decided to take their relationship to the next level. Yesterday, Sayantani Ghosh got married to her long time beau in a traditional Bengali ceremony with close friends and family in attendance. Sayantani took to her Instagram handle and shared a glimpse of the most special moment from her wedding. She captioned the post saying, "And just like that I went from being a Miss to a Mrs." The first picture is a candid one wherein Anugrah who tied the mangalsutra around Sayantani's neck is seen holding it while the newly married Sayantani blushes red. The second picture is where the newly married duo is posing for the camera. Check them out below: Also Read - Bhamakalapam teaser: Priyamani starrer thriller has a major Rashmika Mandanna connect – here's how

Sayantani had all dolled and decked up as a traditional Bengali bride. She didn't opt for a Big Fat wedding but chose to go with a simple one as that's how her journey with Anugrah has been over the years. Earlier, the actress had revealed the reason for the same. She highlighted how the bride and groom are always under pressure. Sayantani wanted to mingle with everyone in a carefree way and hence opted for a traditional simple wedding. She also revealed two special dishes that she wanted to be included in her wedding menu. "While growing up, I would tell my mother that two must-haves on the menu at my wedding are paan and ice cream. That’s what I am going to be eating the most at my wedding," the actress had told ETimes. Also Read - Shruti Haasan reveals what she truly feels about BF Santanu Hazarika; latter has a goofy reaction – watch video

Sayantani had been pretty active on social media and sharing little deets about her wedding. She shared how she always wanted to wear the bangles that a bride-to-be wears during her wedding. It is called Shaankha Pola. "My dream has always been to wear the shaankha pola.. finally that moment." Check out her picture here: Also Read - Trending OTT News Today: Kapil Sharma reveals how he proposed wife Ginni, Bigg Boss Tamil OTT announced with Kamal Haasan and more 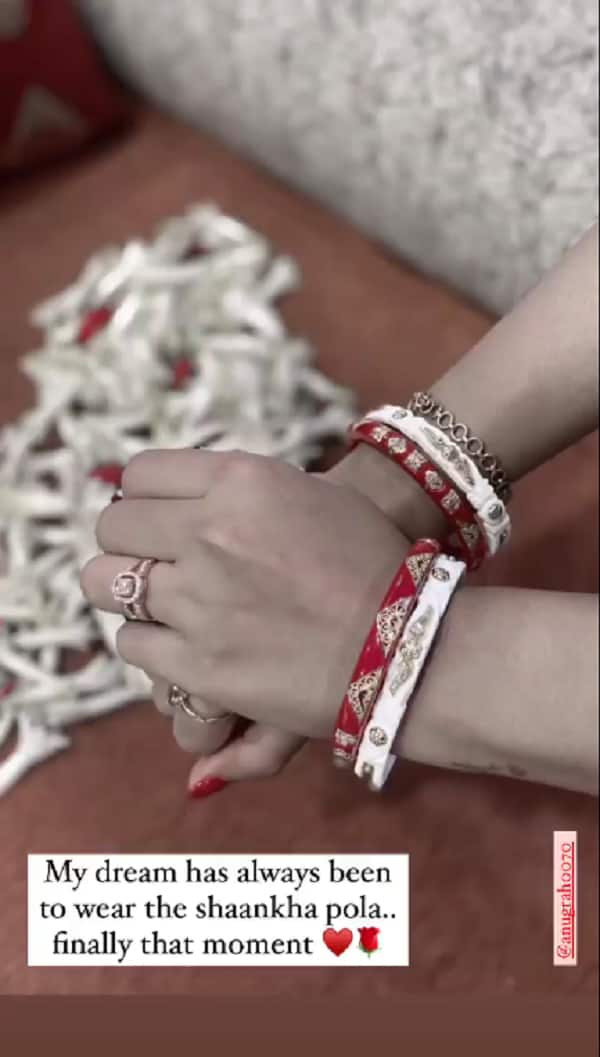 After her engagement announcement, Sayantani had teased her fans with a glimpse of her wedding look. Check out the picture here: 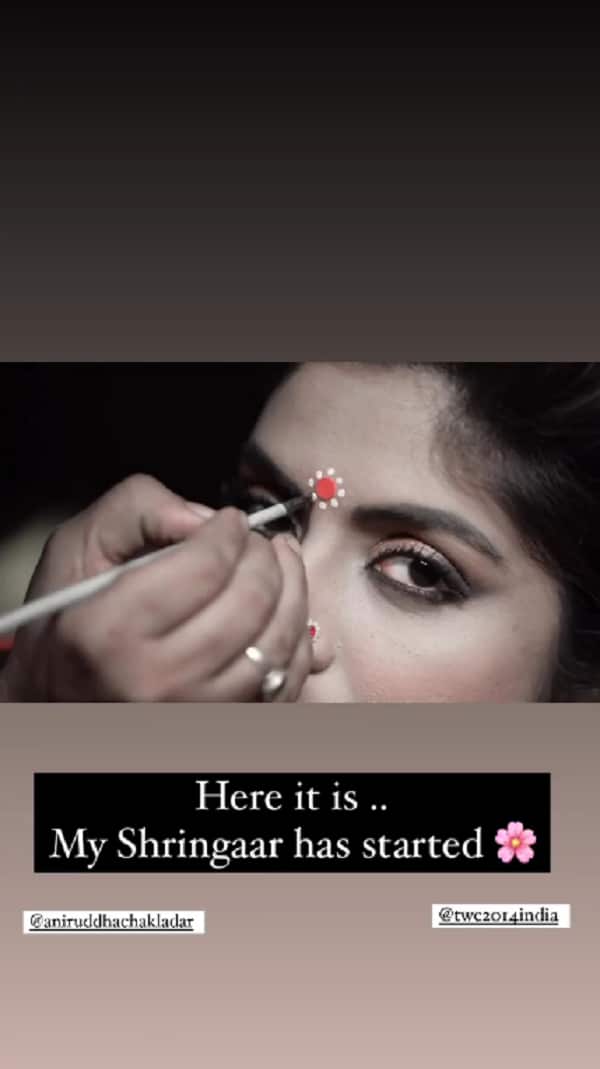 Congratulations to you both!