Udaariyaan SPOILER ALERT: Will Tejo come face-to-face with Fateh in Gurdaspur and learn about his revenge on Jasmin?

Udaariyaan 10 December 2021 SPOILER ALERT: Angad and Tejo will head to Gurdaspur. Fateh has been hiding in Gurdaspur ever since he ditched Jasmin at the airport. 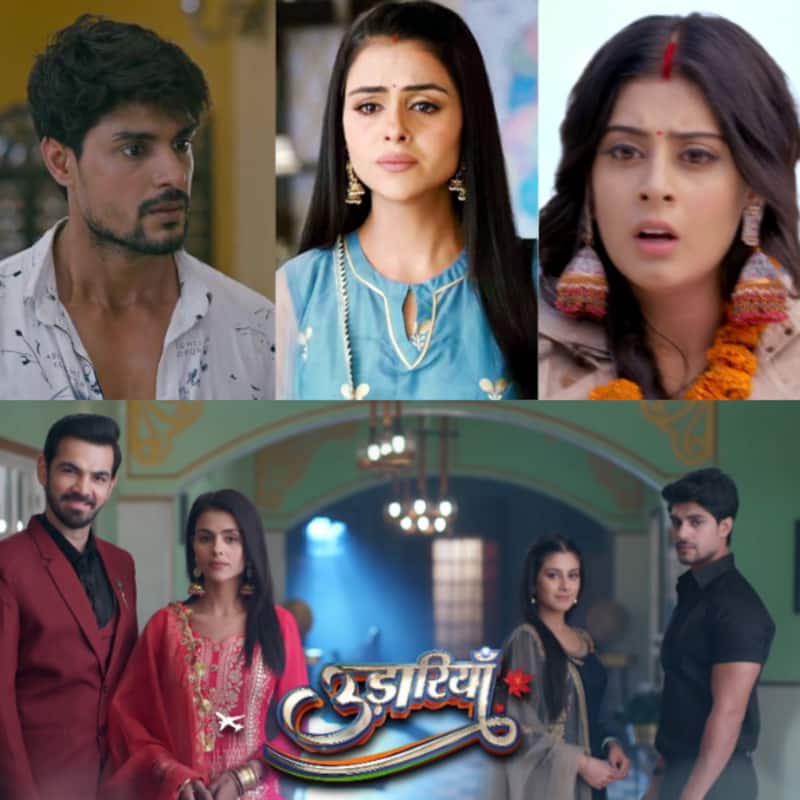 Ravi Dubey and Sargun Mehta's TV show Udaariyaan has grabbed the second spot on the TRP charts. It's their first-ever historic high with a viewership of 3.1 million impressions. The show features Priyanka Choudhary, Ankit Gupta and Isha Malviya in the lead. A couple of weeks ago Karan V Grover of Kahaan Hum Kahaan Tum fame entered Udaariyaan as Angad Maan. And ever since the TRPs of the show has increased. The new track has surely intrigued the audience. In case you missed it, Fateh aka Ankit Gupta took revenge on Jasmin for ruining everything. He ditched her at that airport just when Jasmin aka Isha Malviya thought that her dreams of going to Canada were finally coming true. Fateh revealed that they did not get married for real as it was a fake shaadi with a fake pandit, fake rituals and only 6 pheras. Jasmin, still believing that Tejo is behind her downfall, wants to take revenge on her. Also Read - Dheeraj Dhoopar in Sherdil Shergill, Shabir Ahluwalia in Kumkum Bhagya and more TV hunks who wowed viewers as Punjabi mundas

In the latest episode of Udaariyaan, we saw Fateh's repentance continuing. However, he is still missing Tejo and constantly keeps thinking about her. Tejo's words and imagined presence helps him survive. Jasmin is still out seeking revenge on Tejo, Angad and Fateh. Jasmin believes the whole plan was laid out by Angad. Hence she is out to learn their whereabouts. Also Read - Jennifer Winget, Karan V Grover, Mouni Roy - Take a look at the TV stars who rocked Instagram this week

Elsewhere, believing that Fateh and Jasmin have moved on in their lives, Tejo is taking small steps in healing herself. She has decided to help Angad in his business. And now, in the upcoming episodes of Udaariyaan, we will see Angad and Tejo heading to Gurdaspur for a meeting. Fateh left Moga and has been living in Gurdaspur ever since. Will Tejo reach Gurdaspur and come face to face with Fateh? Will she learn about his revenge on Jasmin?

How will Tejo react on learning Fateh's elaborate plan and that he never married Jasmin in the first place? Well, interesting twists can be expected in Udaariyaan. Stay tuned as we get the latest scoops for you.