Udaariyaan SHOCKING SPOILER: Fateh to care for Tejo after a major accident

Udaariyaan SPOILER ALERT 20 December 2021: Tejo will get into a major accident. Fateh will come to her rescue and care for her. 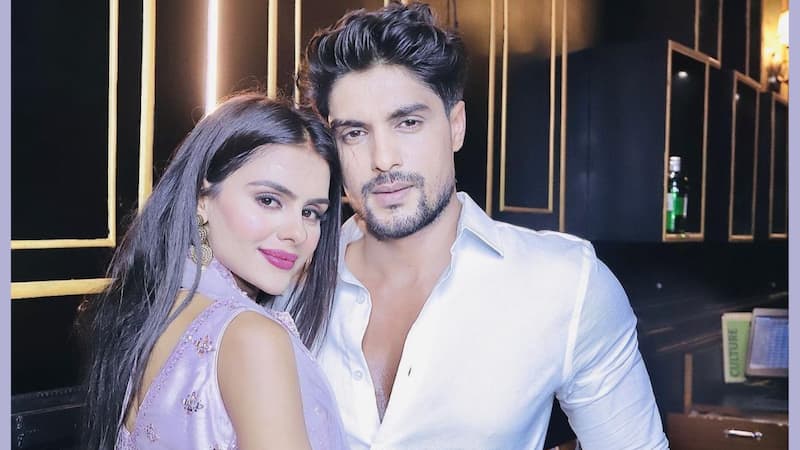 Udaariyaan MAJOR TWIST 20 December 2021: Sargun Mehta and Ravi Dubey's Udaariyaan is getting more interesting day by day. The show stars Priyanka Chahar Choudhary, Ankit Gupta, Isha Malviya in the lead. In October end, Karan V Grover joined the cast of the Udaariyaan as Angad Maan. As per the latest track in Udaariyaan, we all know that Jasmin (Isha Malviya) has tracked down Angad and Tejo. She learns that they are still living as an engaged couple. She plans to make Tejo suffer. She vows to make Tejo fall down in Angad's eyes. However, her evil ways are just getting Tejo closer to Fateh. And now, more shocking incidents are going to take in Udaariyaan. Also Read - Imlie's Fahmaan Khan, Yeh Hai Chahatein's Abrar Qazi and other TV hunks who work for very reasonable fees despite huge popularity

Yes, you read that right. Tejo aka Priyanka Chahar Choudhary will get into a major accident. Fateh will be devastated. He will reach out to help Tejo. Now, you'd be wondering where's Angad. So, for the unversed, Angad lashes out at Tejo when Riya gets kidnapped by Jasmin. It is Jasmin's first step to make Tejo suffer. A frantic Tejo seeks Angad's help. He gets angry at her for taking her away from home without letting him know. Also Read - Bade Achhe Lagte Hain 2, Ghum Hai Kisikey Pyaar Meiin, Anupamaa and more – Here's why Fans are UPSET with popular TV shows

Angad will leave the house in rage to lookout for Riya. And in the middle of it all, Tejo will get into an accident. Fateh will be nearby. He will help Tejo out and bring her to the hospital. Fateh will get very scared on seeing Tejo's situation. He will panic seeing Tejo unconscious. Gossip mills are buzzing that Tejo will be confined to a wheelchair after the accident. Whether it will be due to a shock or what remains to be seen. Also Read - Tejasswi Prakash-Simba Nagpal's Naagin 6 suffers, Kundali Bhagya-Udaariyaan shine: Check 10 Most Liked Hindi TV shows

It would be thoroughly interesting if Fateh learns that Jasmin was behind the kidnapping. It also leaves us wondering whether Jasmin is behind Tejo's accident as well? Jasmin is blinded by her revenge and is perfectly capable of doing so. Whether she truly has done it or not, we will find out in the upcoming episodes of Udaariyaan.