There are some interesting twists that are in store in the upcoming episodes of your favourite TV shows including, Yeh Rishta Kya Kehlata Hai, Anupamaa, Ghum Hai Kisikey Pyaar Meiin, Imlie and Kundali Bhagya. 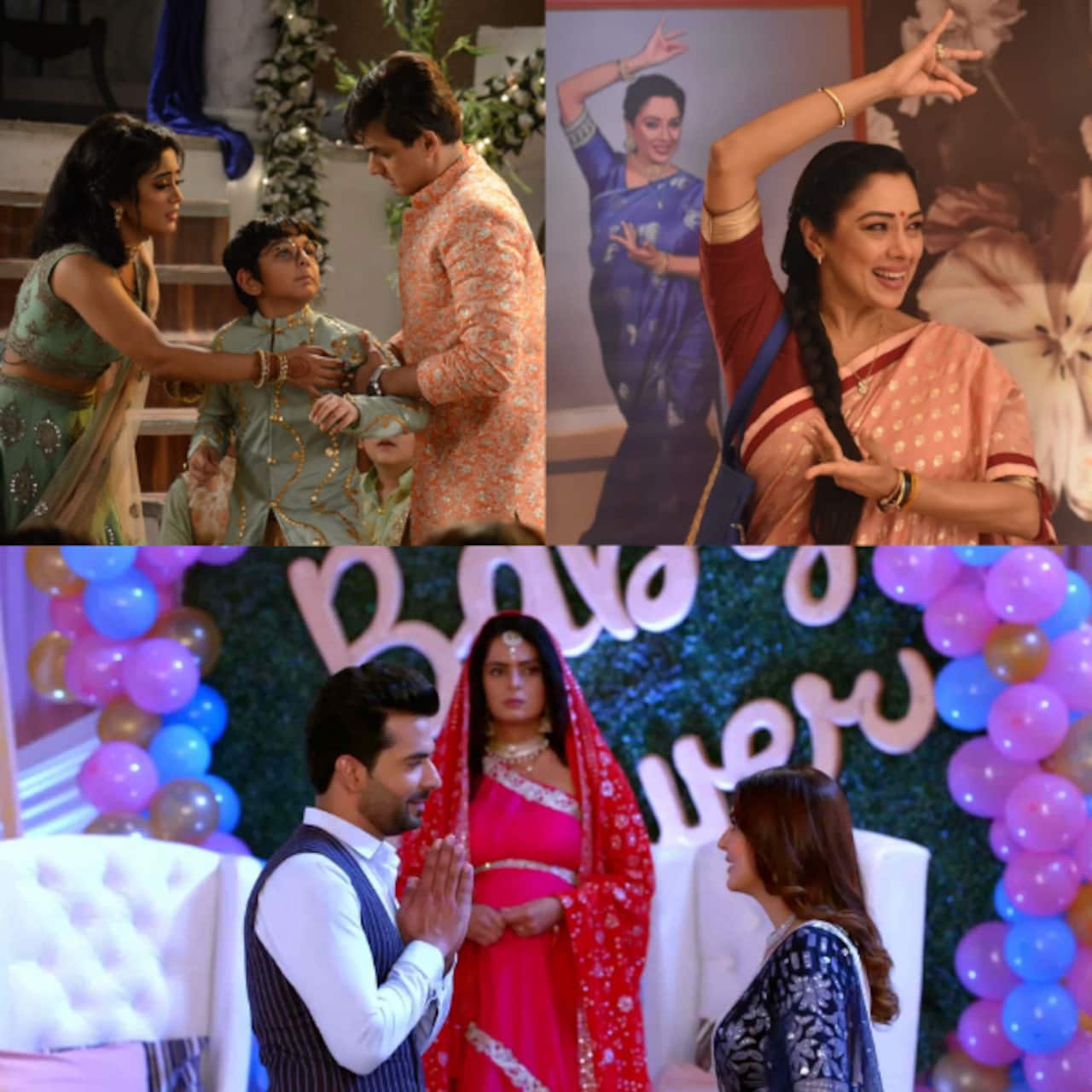 Hey, are you guys waiting to watch the TOP TV shows tonight, too? There are some interesting twists that are stored in the upcoming episodes of your favourite TV shows including, Yeh Rishta Kya Kehlata Hai, Anupamaa, Ghum Hai Kisikey Pyaar Meiin, Imlie and Kundali Bhagya. So, let's check them out below: Also Read - Yeh Rishta Kya Kehlata Hai: Akshara holds Abhinav instead of Abhimanyu in drunken stupor; AbhiRa fans lash out at the makers for killing the jodi [View Tweets]

As per the latest episode of Shivangi Joshi, Mohsin Khan and Karan Kundra starrer Yeh Rishta Kya Kehlata Hai, Sirat finally realises that not talking to Kartik or cutting off all ties with him and his family is not going to help her in any way. She feels they are too good and kind and she shouldn't spoil her relationship with them. Hence, Sirat starts to enjoy Manish and Swarna's wedding ceremony. She also apologises to Kartik for being rude. However, Kartik puts her at ease saying that understands her quite well. In the upcoming episode, we will see that Kartik goes to check on Sirat if she is fine and someone locks them inside the room. Is it Ranveer's father who is trying to create a rift between his son and Sirat? Would be an interesting watch, don't you think? Also Read - Ghum Hai Kisikey Pyaar Meiin: Pakhi runs away with Vinayak while Sai blames Virat; netizens slam former for manipulating a child [View Tweets]

Rajan Shahi's Anupamaa is winning hearts too. The series stars Rupali Ganguly, Sudhanshu Pandey and Madalsa Sharma in the lead. The latest episode saw Baa agreeing for Samar and Nandini's wedding. Elsewhere, Anupamaa and Babuji give an idea to Vanraj to help boost his friend's Cafe business. However, Kavya pokes fun at them. In the upcoming episde of Anupamaa, Kavya would face a tough time as her boss would reprimand her for a bad presentation. Vanraj would also have a bad news as his friend would decide to shut his cafe. What would Vanraj and Kavya do now? Also Read - Trending Entertainment News Today: Pathaan BEATS Avatar 2, Farah Khan SLAMS Tina Datta-Priyanka Chahar Choudhary on Bigg Boss 16 and more

In tonight's episode of Ghum Hai Kisikey Pyaar Meiin, we will see Virat aka Neil Bhatt having a face off with Ajinkya on Sayi's behest. Sayi and the Chavans would be very impressed and the college would present Virat with an award. He would thank Sayi for giving him an opportunity to live his hobby again as he was used to being a duty-bound policeman. Later, Sayi and Ajinkya win the competition and Sayi takes the opportunity to apologize and thank the Chavans for creating trouble and making them attend the event by faking her death.

In the upcoming episode of Gashmeer Mahajani, Mayuri Deshmukh and Sumbul Touqeer starrer Imlie, you'd see a major drama coming up. Imlie would be thronged by reporters in her college who would ask her whether she is having an affair with Aditya. Anu would be behind all the ruckus and she would put some serious allegations against her and also put her in a tight spot. Aditya would come to her rescue. Malini would take a stand and drag her away. On the other hand, Radha would suggest getting Imlie married. Will Aditya reveal that he and Imlie are married?

In tonight's episode of Kundali Bhagya, we will see Preeta learning about Sherlyn's fake panic attack from Prithvi. The latter would taunt her saying that she won't be able to expose them or separate him from Sherlyn as they have a very strong bond. Preeta fumes but cannot do anything for the sake of Kritika and her family. However, she warns Prithvi from hurting the Luthra's or Kritika.