Urfi Javed gets NASTY over Chahatt Khanna's 'cheap' fashion remark; calls her a 'bully', 'hypocrite' and says she 'lives off two ex-husbands’ alimony’ 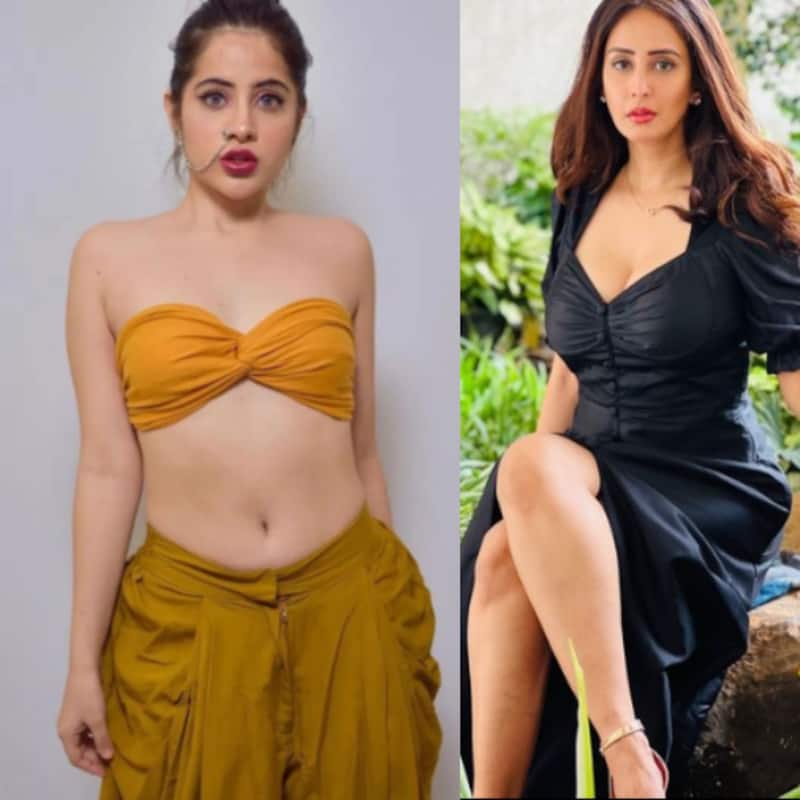 Bigg Boss OTT fame Urfi Javed who has now become Uorfi Javed always makes it to the headlines because of her fashion sense. The lady creates her own clothes using ropes, rucksacks and what note and manages to grab everyone's attention. Quite a few times she even gets trolled for her quirky fashion sense. Recently, Chahatt Khanna slammed Urfi Javed's fashion sense and called it 'cheap'. Uorfi did not just sit back and rather showered mean comments on Chahhat Khanna. Also Read - Urfi Javed's fashion statements: Ranveer Singh, Chahat Khanna and more – here's how celebs reacted to the Bigg Boss OTT fame's bold looks

Sharing a post on social media, Uorfi Javed called Chahatt Khanna a bully. She mentioned that what she wears and where she goes is not anybody's business. She even called it a hypocrite as Chahatt had earlier promote Raneer Singh's nude photoshoot. She wrote, "At least I don’t buy followers! Also if you would do your homework, I was there for an interview which is none of your business, you are just jealous that even after paying the paps they are not covering you. @chahattkhanna also whatever anyone does on this earth is none of your business, why didn’t you upload this story for Ranveer Singh? Shows your hypocrisy. See I didn’t judge you for two divorces, dating away younger men so why judge me?" Also Read - Urfi Javed's first picture from hospital goes viral; says 'Kept ignoring my health and now...'

It did not end here. Uorfi Javed then went on to talk about Chahatt Khanna's two failed marriages and wrote that she lives on her ex-husband's alimony. She wrote, "At least I earn my own money not living off my two ex-husbands’ alimony. Chahatt Khanna I ain’t coming to you judging you love your life. IDK what these aunties have against me.” Also Read - Trending TV News Today: Chahat Khanna-Urfi Javed’s NASTY fight, Aishwarya Sharma recreates Tejasswi Prakash’s Naagin 6 dialogue, Nakkul Mehta in Bigg Boss 16 and more

In a latest Instagram stories post, Chahatt has also hit back at Uorfi and called her 'classless'. Looks like this war is going to go on for long.