Urfi Javed blasts Chahatt Khanna for supporting Chetan Bhagat: You just hate me because you don't get the same attention

Urfi Javed has blasted Chahatt Khanna for supporting Chetan Bhagat's comment about her dressing sense and also asked her to stop using her name for publicity. 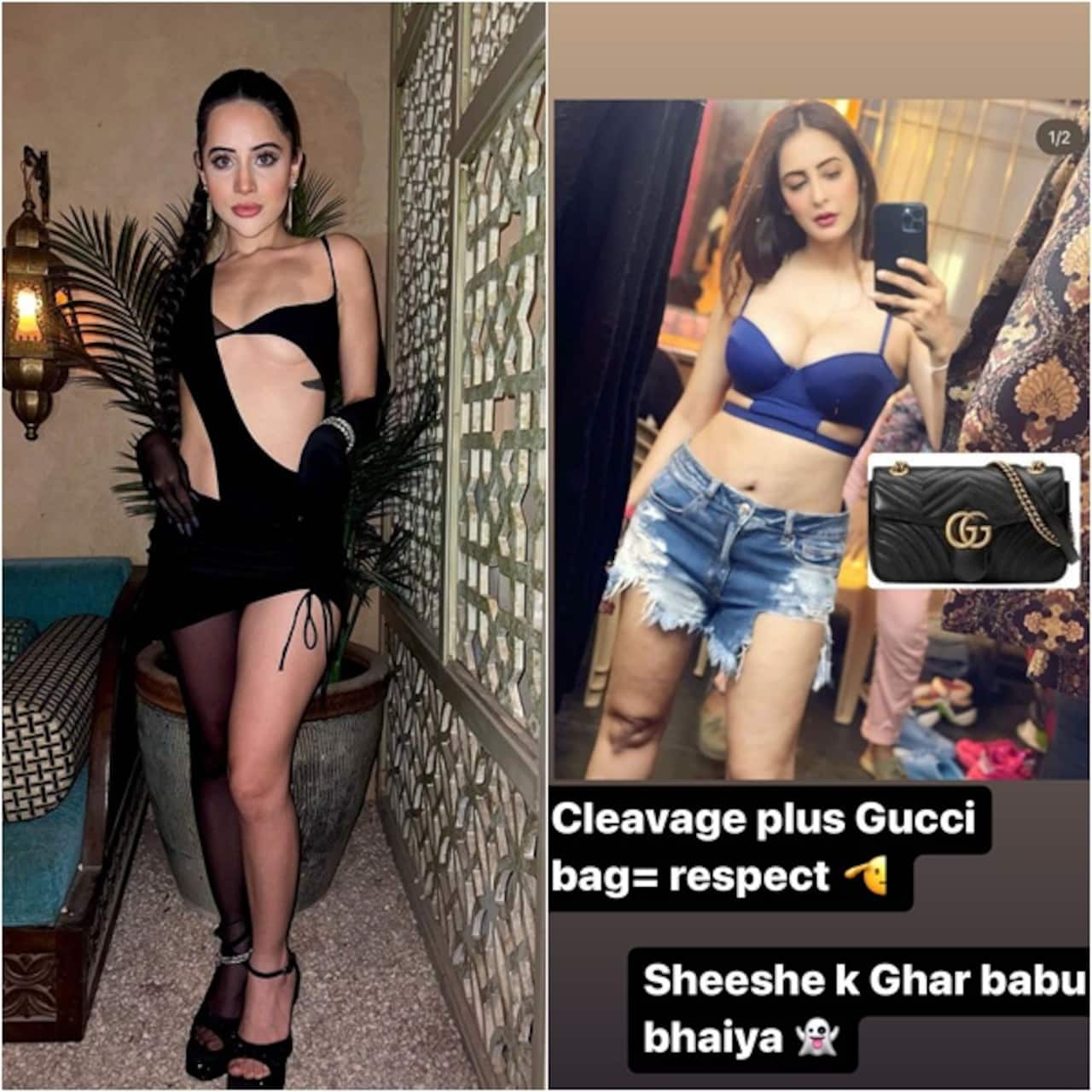 It seems like the ugly war of words between Urfi Javed and Chahatt Khanna isn't going end anytime soon. While the two have been at loggerheads with each other for quite a while now, they have again got entangled after Chahatt supported Chetan Bhagat for calling Urfi a distraction for youth. Urfi has now blasted Chahatt and asked her to stop using her name for publicity. Also Read - Urfi Javed wants to wear a human skin dress now? The actress talks about her plan for the outfit and it's cringe-worthy [Watch Video]

Venting out her anger and frustration, Urfi took to Instagram stories to share the video of Chahatt siding with what Chetan said about her and saying that she was happy to see people are opposing Urfi's risque fashion. Urfi went on to take a dig at both Chahatt and Chetan by saying that they are not respected people. Also Read - Kangana Ranaut tells Urfi Javed 'don't let anyone shame you about your body' as the latter says, 'uniform is a bad idea' [VIEW TWEETS]

She pennned a long note for Chahatt and also dragged her two daughters Zohra and Amaira into the controversy. She went on to say that if tomorrow when her daughters grow up and a man harass them because of their clothes, Chahatt should remember what she had said about her dressing sense. Also Read - Trending Entertainment News Today: Shah Rukh Khan-Siddharth Anand tease about Pathaan 2, Kangana Ranaut-Urfi Javed Twitter exchange goes viral and more

"You just hate me cause you don't get the same attention. Facts only. Now please stop using my name for publicity! You know it yourself, if you don't use my name - none of these media pages will post about you!" Urfi said in her statement. 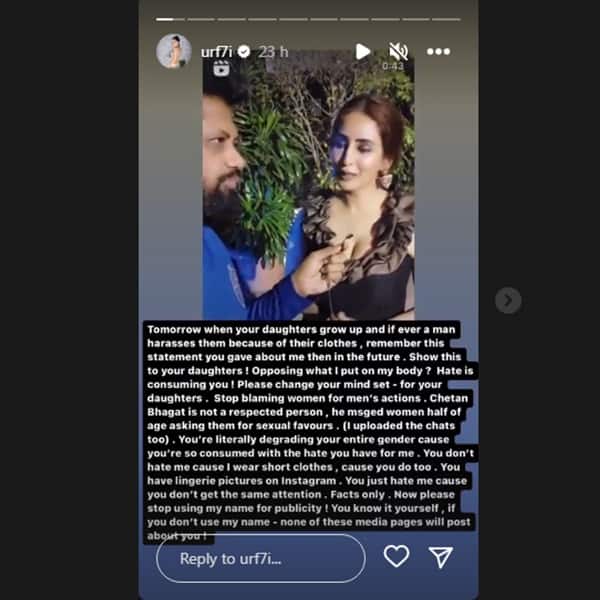 Urfi then trained her guns at Chetan mentioning that the author had allegedly messages women half his age asking them for sexual favours. She also took a dig at Chahatt for her alleged connection with conman Sukesh Chandrasekhar and how she allegedly accepted expensive gifts and went to meet him in prison.