Urfi Javed claps back at a troll who compares her to 'legend' Rakhi Sawant; exposes fake 'feminism' with class 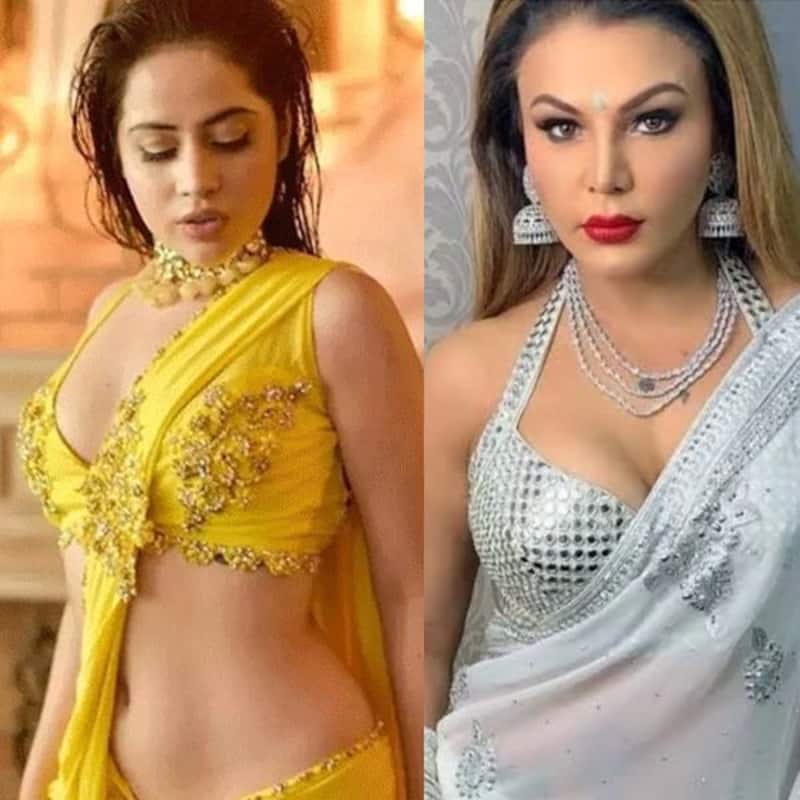 After Bigg Boss OTT, Urfi Javed has become a household name. You cannot escape her. She is also someone who is trolled mercilessly. Urfi Javed's bold fashion statements get varied responses, and people do leave nasty comments more often than not. Urfi Javed shared a screenshot where someone compared her to Rakhi Sawant. An Instagram user meeegaa had written that she agreed with everyone who said that Urfi Javed was the next Rakhi Sawant. Urfi Javed did not like it. She sharply reminded the lady that Rakhi Sawant was a legend in her own right, and people who used her name to degrade others were not some heroes themselves. Also Read - Shah Rukh Khan to Salman Khan; Bollywood celebs who lost their calm on fans who tried to take pictures in the most indecent manner

Urfi Javed wrote, "Just because you know a few international brands, just cause you add vintage filter to your photos, you think you're way above me that can insult me. Also, Rakhi is a legend, the way you guys insult her for being herself and then talk about feminism :) the fact that you think being compared to her will be an insult shows a lot about your character and the way you think! Putting other women down unnecessarily only makes you a 'mega' loser (sic)." Well, you have to admit that Urfi Javed knows how to show people their place. Also Read - Laal Singh Chaddha movie review: Nagarjuna calls Aamir Khan film 'A breath of fresh air'; praises son Naga Chaitanya 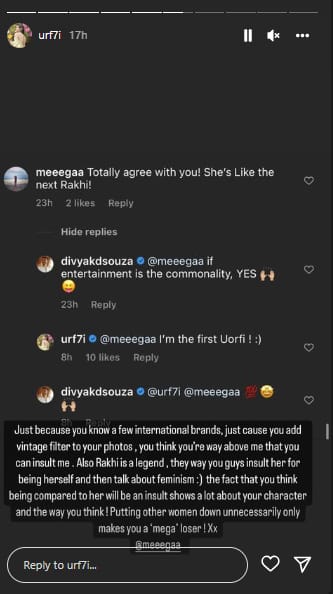 The actress who has done shows like Chandra Nandini, Bepannaah, Meri Durga and Yeh Rishta Kya Kehlata Hai in the past is in talks for a few web shows. This is not the first time that people have used Rakhi Sawant's name in a bad manner. AAP member Raghav Chaddha had once used her name in a derogatory manner. Upset Rakhi Sawant had hit back at him saying that she was an independent woman.

Urfi Javed is making waves for her creative outfits that she designs on her own. In her latest interview, she busted many myths about her.