Urfi Javed flaunts her bikini in a weird styled skirt; netizens say, 'She is on a propaganda to spoil the youth'

Urfi Javed goes all out with her fashion statement this time again and this viral video of her showing off her hot BOD is grabbing all the eyeballs. 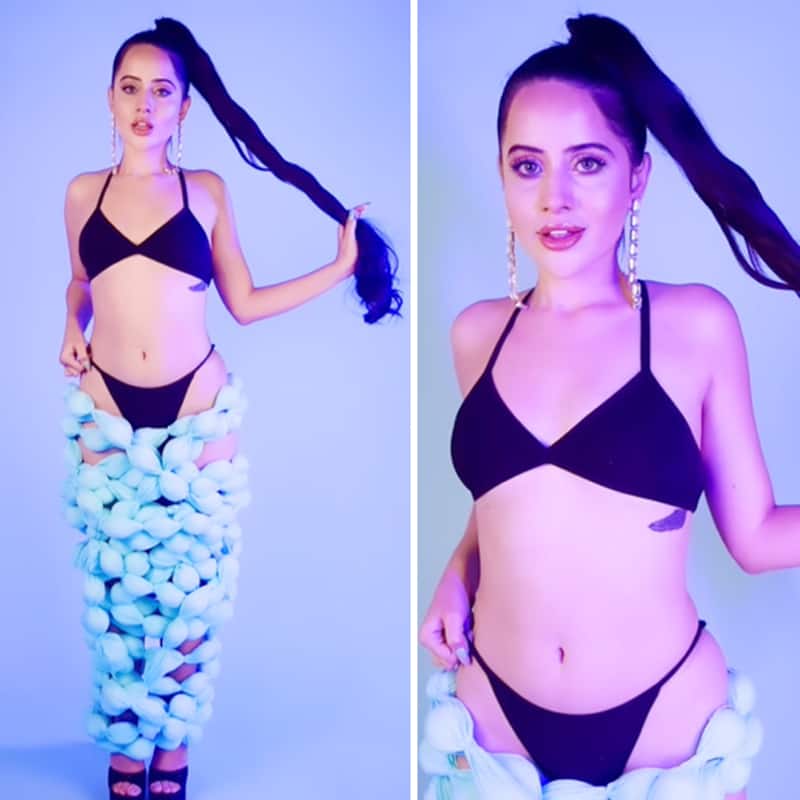 Urfi Javed is an unabashed queen and she gives a damn about the trolling. She hit back at the paparazzi for making fun of her clothes and shave a strict diktat to them for not commenting on her clothes. And she has never stopped doing what she wants and even wearing what she wants. And right now once again she is grabbing eyeballs with her bizarre yet bold fashion statement. In her new video, Urfi is seen flaunting her black bikini with a weird-style skirt. While the netizens once again troll her, her fans are hailing her for being who is she. Also Read - Urfi Javed hits back at trolls and celebs with the question, 'Uorfi airport aati hai, but jaati kahan hai'?

Urfi Javed goes all out with her fashion statement this time again and this viral video of her showing off her hot BOD is grabbing all the eyeballs.

Urfi gets slammed for spoiling the youth and even alleged to be on an agenda to make the youth just like her. Urfi is right now one of the most talked about celebrities on Instagram and she made heads turn with her bizarre fashion statement every time and now has become a fashion icon. Also Read - Urfi Javed makes an outfit with a disco ball; just hides her face and b**bs; netizens say, 'Ek naya namuna' [View Pics]

In fact on Koffee With Karan 7, the Bigg Boss OTT fame got a shout-out from Bollywood actor Ranveer Singh who himself is a fashion icon and is known to make a bold fashion statement. The Jayeshbhai Jordaar actor's nude photoshoot created a stir online. He even landed in legal trouble as there was a summon against with for outraging the modesty of women by going nude. Coming back to Urfi she is a well-known name in the industry now and there is no looking back for her and she has been accepted for who she is. The girl was last seen in Bigg OTT and was even in news due to her break-up with Anupamaa star Paras Kalnawat. Also Read - From Urfi Javed flaunting blue to Nia Sharma shimmering in silver: TV actresses who pulled off the weirdest lipstick ever