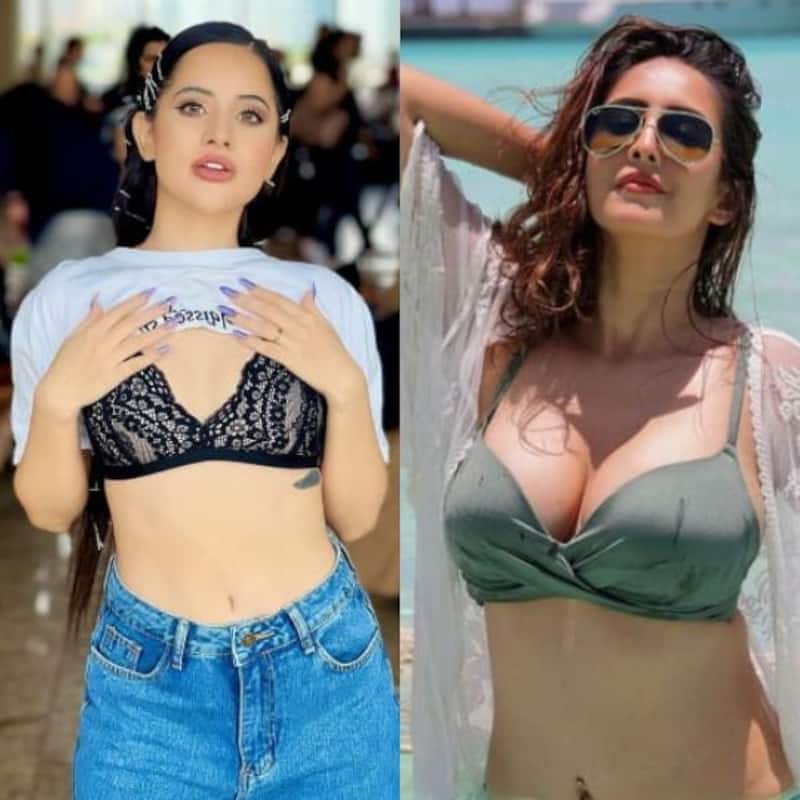 Urfi Javed's fashion sense is something that's become a daily hot topic of discussion, and it's no secret that her her idiosyncratic attires draw as much wonder as they do brickbats from trolls, and at times, even from her fellow TV actresses. And, boy, Uorfi never holds back does she? Seldom a day passes when Urfi Javed doesn't grab headlines for her unique fashion sense and leaving little to the imagination and Uorfi Javed has done it again, resuming her fight with Chahatt Khanna after the latter thought it wise to not mind her own business and called her “cheap” and alleged Urfi is “paying the media to be spotted” and follow her as she goes practically nude. Also Read - Bigg Boss 16: Salman Khan opens up about his SALARY on the reality TV show; says, 'If I got Rs 1000 crore...'

After earlier lashing out at Chahatt Khanna for her needless, nasty comments, Urfi Javed, too, got nasty by taking a dig at her alimony payments from her ex-husband. And, Uorfi has treaded the same path again albeit this time with an ultra-hot video in just a yellow bikini and sarong draped over it on her official Instagram handle, highlighting how no amount of remarks against her can bog her down. Captioning the video, Urfi wrote: “What is this obnoxious way of dressing up Uorfi? Apni apni Chahat hoti hai yar ;) Society k hisab se toh divorce le kar, apne ex husbands ka paisa apne Naye boyfriend pe lutana galat baat hai but karne wale karte hai yar.” Check out her post below: Also Read - Ranbir Kapoor Birthday: Brahmastra star's dating history with Deepika Padukone, and Katrina Kaif before finding his 'forever' with Alia Bhatt [Watch Video]

What Chahatt Khanna had said about Urfi

Earlier, Chahatt Khanna took an unnecessary jibe out of the blue at Uorfi's style game, when she wrote on her Insta Story: “Who wears this? And on the streets? I mean anyone would remove their clothes and the media makes them a celebrity? Is Indian media so vulnerable? It's easy to buy this cheap publicity and media, this cheap show you'll are promoting to our generation. Anyone would pay for spotting and do anything or even go nude and you will carry? This is obnoxiously sad!! God bless you with some wisdom.” Also Read - Bigg Boss 16: Salman Khan will also play the game this time? Actor reveals how he will deal with contestants

It's good to see Urfi Javed continuing to stand up for herself and not losing an opportunity to take her bullies to school.