[VIDEO] KBC 10 Grand Finale: Kapil Sharma's question to Amitabh Bachchan on marriage is proof that the comedian is preparing for his new journey 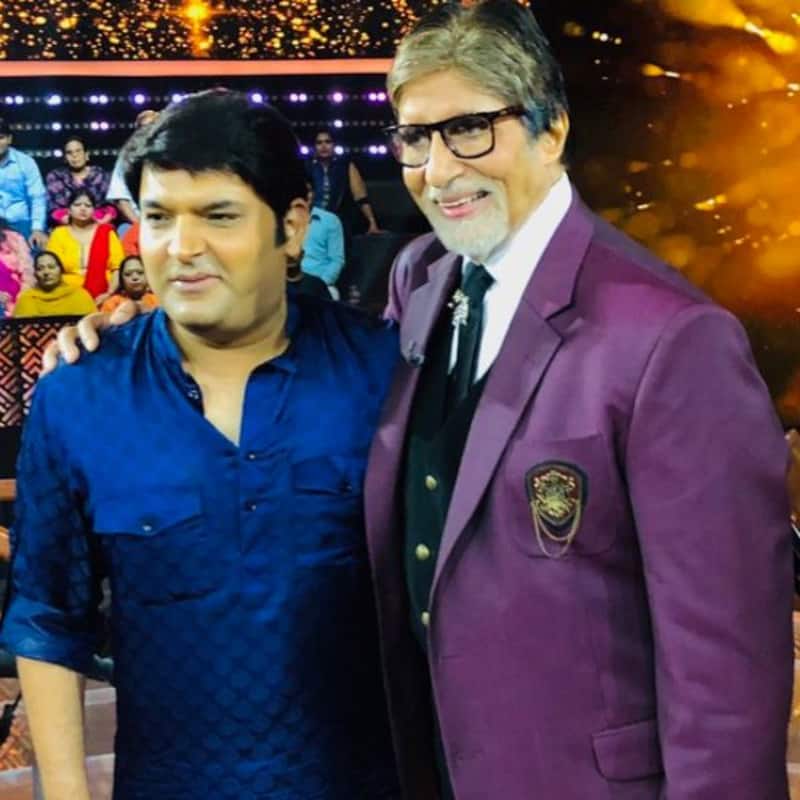 Kapil Sharma is currently in the best phase of his life. Apart from his return to the small screen with The Kapil Sharma Show season 2, the actor will be soon joining the married men club. He is all set to take marriage vows with longtime girlfriend Ginni Chatrath in the month of December. And it seems that the actor is gathering tips to make this new journey blissful. Kapil will be gracing Kaun Banega Crorepati 10's Grand Finale and there the ace comedian will be seen taking guru mantras on marriage from the show's host, Amitabh Bachchan. Also Read - Kriti Sanon, Amitabh Bachchan, Suriya and more celebs who were overwhelmed with Prabhas' hospitality

The makers shared the promo of the upcoming episode and Kapil is seen asking Big B for tips to keep his future wife happy. And guess what the megastar answers? Amitabh promptly replies that to keep one's wife happy they must say sorry even before she can say a word. Their conversation on marriage will surely leave everyone in splits.

The Kapil Sharma Show season 2 to go on air from December 23; Shah Rukh Khan to be the first guest? - read details

Also Read - Samantha Ruth Prabhu gets support from Vikram Bhatt after he was diagnosed with Fibromyalgia 18 years ago; here's what he said

Catch a glimpse of it here...

Kapil will accompany friend Chandan Prabhakar on the show. He will be supporting KBC Karamveer Ravi Karla, founder of The Earth Saviours Foundation. Also Read - From Anurag Kashyap to Kapil Sharma: Celebrities who went to rehab centers to fight addictions

Meanwhile reports suggest that he will be tying the knot on December 12. They will be holding a reception on December 14 in Amritsar. The wedding will be held at Ginni's hometown Phagwara. A source informed Mumbai Mirror, "The celebrations will kick off with a Mata ka jagran at Kapil’s sister’s residence on December 10. This will be followed by a mehendi and sangeet ceremony at the bride’s place the next day. A five-star has been booked for the big fat Punjabi wedding on December 12. It will be followed by a reception party on December 14 at another five-star in Amritsar.” Kapil and Ginni will also hold a Mumbai reception for friends in the fraternity.