When Raju Srivastava took hilarious digs at Shah Rukh Khan, Amitabh Bachchan and more; here's how the superstars had reacted

Comedian Raju Srivastava is right now fighting for his life as he is been admitted to AIIMS hospital Delhi. 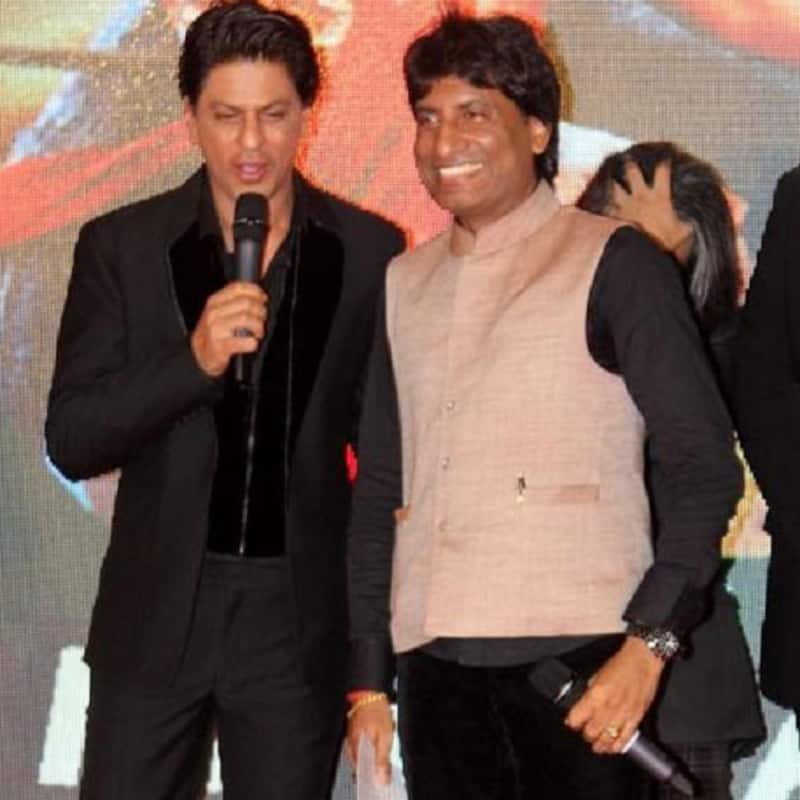 Raju Srivastava is undoubtedly one of the best comedians of his time. The comedian-actor cracked rib-tickling jokes and the best thing about him was he too used to laugh along with his jokes and till date his comedy is fresh and people relate to it, while the comedian never shied to took a hilarious dig at Bollywood biggies but in a dignified way. He never insulted them but yet managed to mock them and make the audience laugh. One of the most popular comedy stand-ups of Raju Srivastav was how Bollywood actors react when they visit local shops on the Laughter Challenge show judged by Shekhar Suman and Navjot Singh Sindhu. The comedian was damn hilarious when he showed these hypothetical situations of Bollywood actors and joked about it. Till date that episode of Raju Srivastava is counted as one of the episodes. Also Read - Raju Srivastav Prayer Meet: Kapil Sharma, Bharti Singh, Shailesh Lodha cannot control their tears as they meet the bereaved family [Watch Videos]

While all the Bollywood biggies were much aware of Raju taking hilarious digs at them and even they laughed along as it was never insulting and Raju even performed a few of these stand-ups in front of the actor themselves. Right from Amitabh Bachchan to Shah Rukh Khan all these superstars never took offence to his jokes. Also Read - Trending TV News Today: Shehnaaz Gill's viral singing video, Virat's drunken avatar in Ghum Hai Kisikey Pyaar Meiin and more

Currently, Raju Srivastava is admitted to AIIMS hospital in Delhi after he suffered cardiac arrest while working out in the gym. Everybody is right now concerned about his deteriorating health and the comedian-actor is still not home on his senses his family has asked everyone to pray for his recovery. As per reports Prime Minister Narendra Modi too got in touch with Raju Srivastava's wife for medical help. Right now Raju Srivastava's last video of taking a dg at Ranveer Singh's nude photoshoot going viral where the comedian managed to win hearts like every time. We all wish for the speedy recover of the comedian. Also Read - Trending TV News Today: Anupamaa's Baa receives severe backlash, Bigg Boss 16 contestants, Raju Srivastava's prayer meet and more