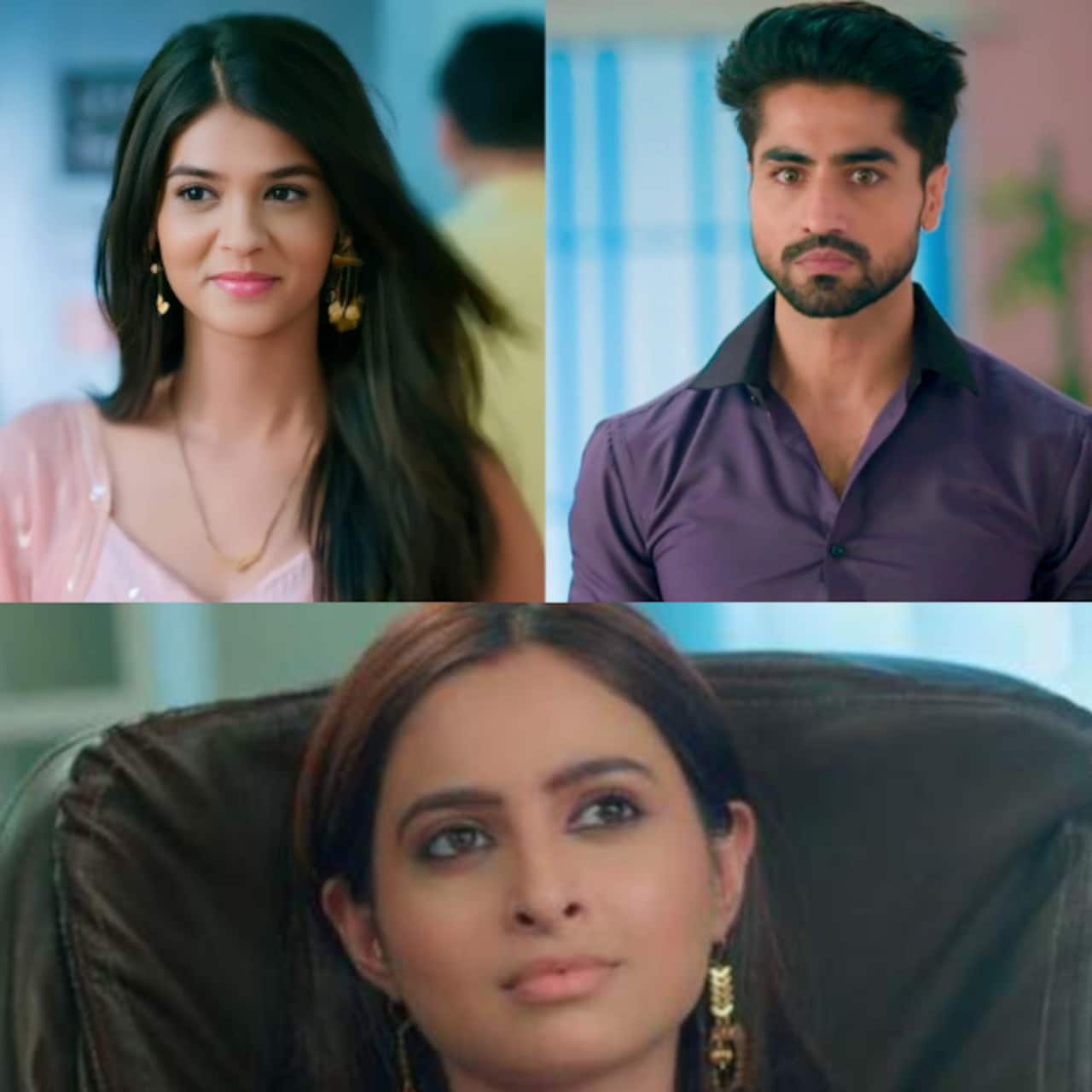 Harshad Chopda, Pranali Rathod and Karishma Sawant starrer TV show Yeh Rishta Kya Kehlata Hai is going to take a very dramatic and interesting turn in the show. Well, we will see Abhimanyu getting manipulated by Aarohi. Yes, you read that right. A lot has happened in the last couple of days in Yeh Rishta Kya Kehlata Hai. Aarohi got her hands on Akshara's file but Abhimanyu takes it away. There was an incident of a slap after which Aarohi created a huge drama. Police were also involved. Fans have been troubled over the ongoing track and now, their worst fears have realised but they have a question for Abhimanyu. Also Read - Trending TV News Today: Sheezan Khan’s bail plea in Tunisha Sharma suicide case rejected again; Tina Datta’s mom slams Shalin Bhanot, Sreejita De and more

In the upcoming episode of Yeh Rishta Kya Kehlata Hai, we will see Karishma Sawant aka Aarohi finally getting her hands on what and why Abhimanyu has been hiding from everyone. And Aarohi will learn that it is impossible for Akshara to get pregnant. She will then blackmail Abhimanyu over the same. Fans would be quite furious with Karishma aka Aarohi again. It's gonna trend in Entertainment News. Also Read - Yeh Rishta Kya Kehlata Hai: Akshara's past comes back to haunt her as Abhir turns doctor for fancy dress; AbhiRa fans in love with father-son moments [View Reactions]

Yeh Rishta Kya Kehlata Hai's upcoming episode, Aarohi threatens Abhimanyu about revealing the truth about her pregnancy complications to Akshara. Abhimanyu gets scared. He has not informed Akshara about the same. For a long time now, Abhimanyu has been silently trying to find a cure for Akshara and has been consulting doctors. But there has not been a positive response so far. And now Aarohi will use this information for her own benefit. Also Read - Anupamaa to Ghum Hai Kisikey Pyaar Meiin: Intimate scenes in Top TV shows that set small screen on fire

Netizens have a question for Abhimanyu

Since it's Abhimanyu who is hiding the truth from Akshara, he is in the riskiest position this time. Fans are of opinion that Harshad Chopda aka Abhimanyu should not have let Aarohi manipulate him like that. Check out their tweets here:

I'm literally unable to understand why is abhi hiding truth from Akshu bruh she don't have infertility problem+there is hope still you're not telling Akshu
Boyyy you yourself are letting Arohi manipulate you ???‍♀️#yrkkh #abhira

Makers just wanna drag it for no reason. If he reveals, we'll get Akshu's breakdown and his care for her....phir how will Arohi stay in front. Isiliye dikhao kuch bhi nautanki and chalao episodes

Same feeling....like abhi is acting v strange... Wots der to hide... Doc didn't say she can nvr b a mother... He knows how hiding things have ruinrd their relation previously still hrz doin the same mistake

Sry but some ppl r so mean n inhumane to think just abt Abhi specially in this track n want Jharu to tell Akshu quickly so he is free of ? shit. Wht abt Akshu knowing it thru that b***h or publicly n having a heartbreak/humiliation?
Its BOTH who will be hurt FGS?#yrkkh #AbhiRa

Understand Abhi is waiting for some hope before he breaks the news to Akshu. But now that ? knows, telling Akshu NOW is way better than she knowing it thru ?/someone else/publicly. Atleast they can cry together alone.
PLUS he doesnt have to go thru this shit.#yrkkh #AbhiRa pic.twitter.com/kyAWucsIrU

Abhimanyu always protected Akshara from her sister. But now it’s a different case. He should tell her the truth, they can deal with this problem together. In their relationship, lying didn’t lead to anything good. Even if this lie was for the good#HarshadChopda #AbhiRa#yrkkh pic.twitter.com/9PNFcSNsZV

Falling for a blackmail is not, never a good thing!!!! Be it abhi or Akshu or anyone #yrkkh #abhira

In the next episode of Yeh Rishta Kya Kehlata Hai, we will see Abhimanyu announcing that he will throw a reception party for Aarohi and Neil. He will also announce that he will perform a special number on the occasion. Akshara will be in a shock.