Yeh Rishta Kya Kehlata Hai: Abhi-Akshara aka AbhiRa to have a Swiss honeymoon? Here's what we know

Yeh Rishta Kya Kehlata Hai upcoming: Akshara aka Pranali Rathod and Abhimanyu aka Harshad Chopda to have a honeymoon in Switzerland? Here's what we know... 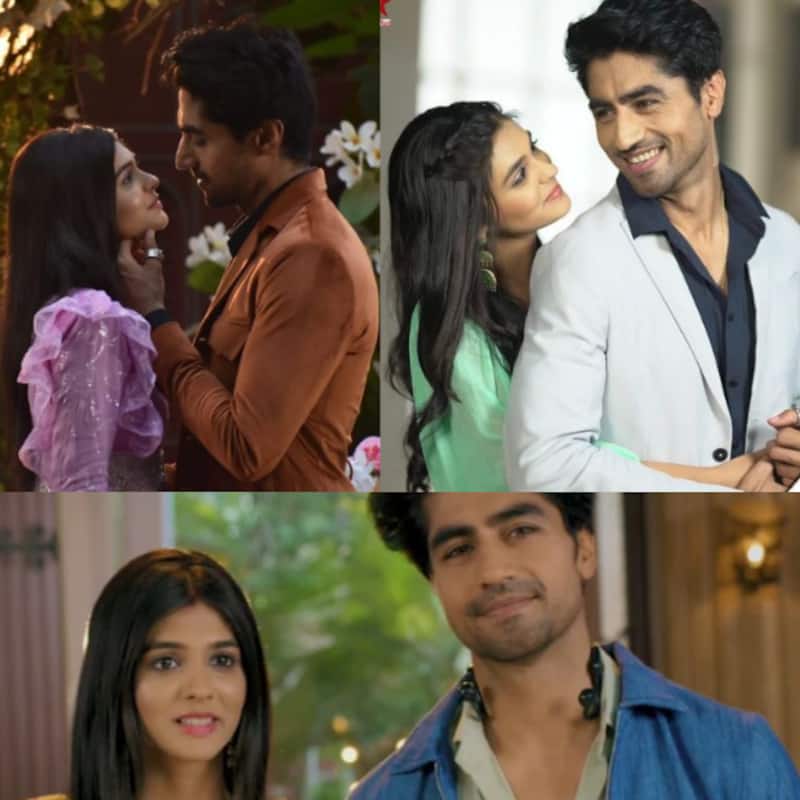 Harshad Chopda and Pranali Rathod's Yeh Rishta Kya Kehlata Hai is gearing up for some interesting twists. The Rajan Shahi show is one of the longest-running TV shows in the country and is currently in the third generation of the popular show. Harshad Chopda plays Abhimanyu to Pranali Rathod's Akshara. Together they are heavily shipped as AbhiRa. Harshad and Pranali have sizzling chemistry on-screen that often leaves their fans breathless and mesmerized. And now, after a couple of months of AbhiRa's wedding, it seems, fans will finally get to see AbhiRa honeymoon. Also Read - Kaun Banega Crorepati 14: Amitabh Bachchan and ex-host Shah Rukh Khan's per episode salary will pop your eyes out

Abhimanyu and Akshara to have a Swiss honeymoon?

Ever since Abhimanyu and Akshara aka Harshad Chopda and Pranali Rathod got married they have been busy solving a lot of problems, personal individual and familial. They haven't been on a honeymoon till now. And the latest post from the director of Yeh Rishta Kya Kehlata Hai, Romesh Kalra hint at a big twist in the upcoming episodes. YRKKH cast and AbhiRa are going to Switzerland, it seems. A couple of hours ago, Romesh shared a picture with the team of Yeh Rishta Kya Kehlata Hai. He wrote, "NEW TWISTS," alongside "Recce Time" in the caption which also included several hashtags "I love Switzerland." Well, that's interesting, isn't it? Some fans have already started speculating about it wondering if they'll get AbhiRa honeymoon. Harshad Chopda and Pranali Rathod are biggest trends in entertainment news. Check out his post here: Also Read - Sita Ramam vs Radhe Shyam: Dulquer Salmaan fans TROLL Prabhas; say, 'Content is God, not budget and star cast' [View Tweets]

Abhi-Akshu to be accompanied by fam in Switzerland?

A post shared by Manjiri aka Ami Trivedi sees the cast of Yeh Rishta Kya Kehlata Hai, that is, Aarohi aka Karishma Sawant, Anand aka Ashish Nayyar and Shefali aka Nisha Nagpal on an escalator. We wonder if they are heading out of the country for the shoot too? Don't be disheartened if the family join AbhiRa on their honeymoon. It could be because of Abhimanyu's treatment sake that might join. Earlier there were reports that the Yeh Rishta Kya Kehlata Hai cast will go abroad while seeking treatment for Abhi's nerve damage. Also Read - Friendship Day 2022: Shah Rukh Khan-Salman Khan, Sanjay Dutt-Arshad Warsi and more Bollywood actors who became friends after working together in a film

Meanwhile, in the latest episode of Yeh Rishta Kya Kehlata Hai, we saw Anisha aka Kashish Rai return to the show. She proposes to Kairav aka Mayank Arora. The Goenkas are not happy with Anisha's behaviour.