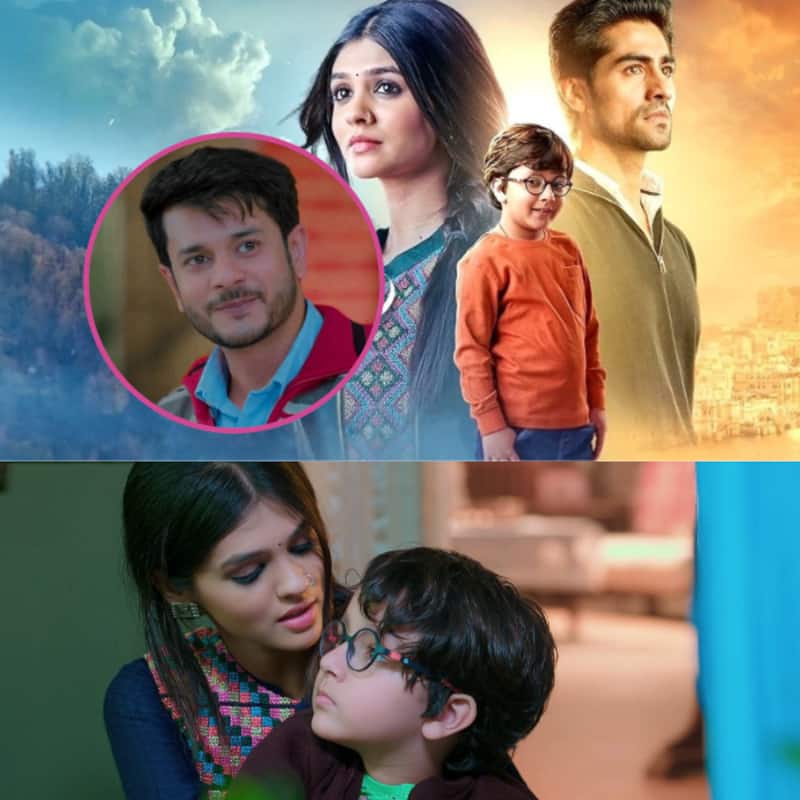 Ruhi calls Abhimanyu, poppy while Abhir addresses Abhinav as Papa. In the upcoming episode of Yeh Rishta Kya Kehlata Hai, we will see Akshara revealing all the good deeds of Abhinav in the flashback. Jay Soni as Abhinav is already winning hearts. So much so that some fans have started shipping Abhinav with Akshara. Also Read - Yeh Rishta Kya Kehlata Hai duo Kartik-Naira, Imlie fame Arylie and more TV jodis' love stories that ended in deaths [View Pics]

So, right now, the Yeh Rishta Kya Kehlata Hai fans are divided. Entertainment News is full of it. They are upset with the makers separating Abhimanyu and Akshara, their AbhiRa so bitterly. And it has now got a faction. Abhimanyu stans and Akshara stans. On one hand, Akshara supporters feel Abhimanyu is heartless and ruthless. On the other hand, Abhimanyu fans are calling Akshara Mahaan, etc. Abhinav's good nature has won a lot of hearts as it is. However, AbhiRa shippers feel AbhiRa are end game. They feel Abhinav will be turned into a villain soon. Some want Abhinav's goodness retained. Check out the reactions here:

Ohhh... So nav helping ak is HUMANITY and abhi helping arohi is cringe?? Why??
He should leave her and her baby to die in emergency tht too when he himself is a DOCTOR whose whole life revolves around saving ppl??
Is this wht u call humanity?? #yrkkh

This was not even maahanta. This was just humanity and bravery on both Neil and Akshara's part. Forget that it's a show and forget that PR and HC play #abhira and then think about it. Wouldn't you actually laud such a person? #yrkkh

Abhinav is a very good human being till now but have patience Abhi will be back with a bang. He is also human and human makes mistakes, he will realise it soon and make up too. He is a freaking ml of the show. Halke mein mat lo usko. Aye bade.! ?#yrkkh#AbhiRa

Okay fine ... Abhinav is so great , very great , so much that his name may be recommended for nominations for Nobel Peace Prize and UN for protecting human rights.

But #Abhi and #Akshu love each other and #Abhir is their son and they will end up together.

I appreciate Sirat for taking care of Akshu and doing everything for her as her step mom. But she used akshu as aarohi's punching bag and audience will never forgive her for making her weak.
I never saw abhinav forcing abhir to be punching bag of others.#yrkkh https://t.co/sAZLdVSOdH

Why does Akshu have to have romantic feelings for Abhinav in exchange for the help he did? That’s like saying Akshu should have kept fulfilling her promise to Sirat for her lifetime no matter how terrible Aarohi was. Don’t normalise a life long commitment like that. #yrkkh

akshara deserves nav... but what about nav? Did he deserve akshara? she spoiled his life with her so called fake marriage...... abhinav deserve abhir but not akshara. #yrkkh

Those who r flipping from Abhimanyu to Abhinav now , r those ppl who r gonna ask "how can i get a husband like Abhi" in few days???‍♀️

#yrkkh
What's there to be carried away with Abhinav reaching a woman in labour pain to a hospital ? Wouldn't #Abhimanyu do the same in similar situation to any woman ?Have we never seen or known #Abhimanyu?A wrong action under a trying circumstances doesn't change his character!

Iam noticing the accounts shipping nav with our akshu .waiting for them to flip the moment akshu abhi comes onscreen together..i know right now their relationship is messy but it will get better eventually.#ABHIRA ARE THE END GAME. Btw excited to see the flippers reaction #yrkkh pic.twitter.com/uJureKMw15

K!LL Abhimanyu Birla and make Abhinav, Jhaaru and Akshara as leads, that would be the solution to every f!cking issues ??‍♀️lofl, at least i'd get a reason to NOT WATCH it completely if you K word Abhi from Ra ???#yrkkh

Ohhh... So nav helping ak is HUMANITY and abhi helping arohi is cringe?? Why??
He should leave her and her baby to die in emergency tht too when he himself is a DOCTOR whose whole life revolves around saving ppl??
Is this wht u call humanity?? #yrkkh

#yrkkh i don't what to say
But don't trust dkp and nav so much
If they made abhi villain 1-2 episodes
They can make nav too.
P.s.-then abhi was the best ML in itv#AbhiRa

The same people crying about Abhi not fitting into Akshu-Abhir-Abhinav dynamic are the one’s that hailed Abhi for disrespecting Harsh. #Yrkkh

" Abhir ka papa hone ka medal "
He freaking deserve that?
Do whatever u want DKP.. don't u dare ruin this Bond..Abhir is his world..Don't u dare snatch his world from him.. ?
Jyaada ho to use maar dena.. story me na sahi bt Dil me to rahega..bt don't ruin him ?#yrkkh #JaySoni https://t.co/ePfuyOJNTx

This man really did a lot for Akshu nd for AbhiRa's baby??? thanku Nav, u just won my heart again ?? you proved that you r really a nice guy????

Yarr, He is so funny and I don't want see to him getting hurt plsss

In the next episode of Yeh Rishta Kya Kehlata Hai, we will see Neelima Amma asking Abhinav to marry Akshara. On the other hand, Manjiri asks Abhimanyu to marry Aarohi.