Yeh Rishta Kya Kehlata Hai: AbhiRa fans notice Harshad Chopda's discomfort during a scene due to leg injury but gush over his 'cuteness' and 'hotness'

Yeh Rishta Kya Kehlata Hai upcoming: Harshad Chopda and Pranali Rathod aka AbhiRa fans notice the actor's discomfort in a scene due to leg injury. Yet, they cannot stop gushing about Harshad Chopda aka Abhimanyu's 'cuteness' and 'hotness'. 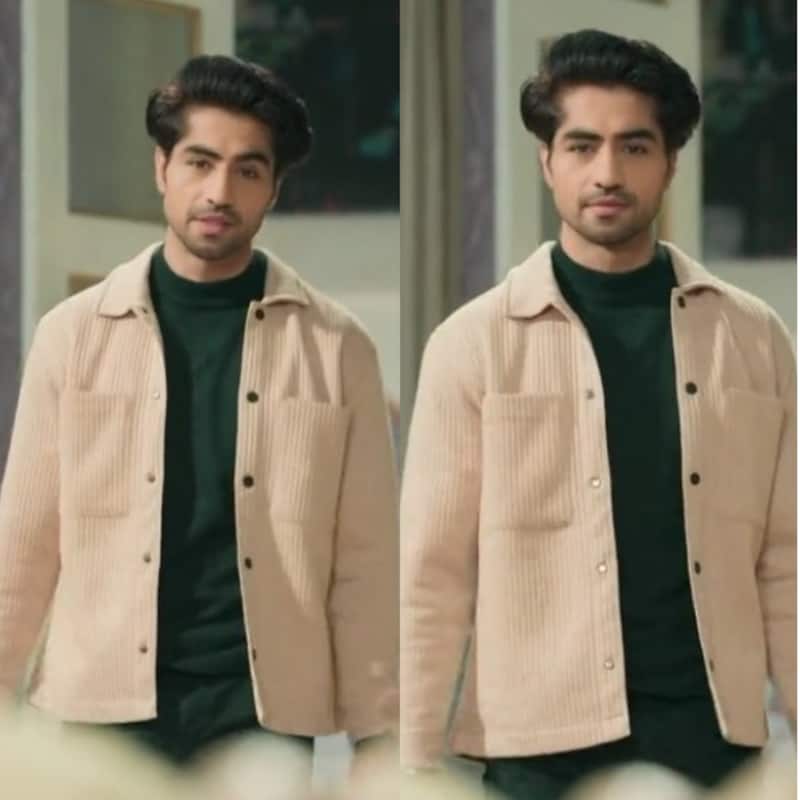 Yeh Rishta Kya Kehlata Hai starring Harshad Chopda, Pranali Rathod and Karishma Sawant starrer is one of the most-watched TV shows in the country. However, the TRPs of the show haven't been working in the favour of the makers and the cast of the show. Though the TRPs of Yeh Rishta Kya Kehlata Hai are not too low, they have been chucked out of the TOP 5 this past week. Just recently, the makers introduced the track of Anisha (Kashish Rai) and Kairav's (Mayank Arora) marriage. And now, the drama surrounds around Kairav-Anisha wedding alongside Abhimanyu-Akshara's journey. Also Read - Yeh Rishta Kya Kehlata Hai: Harshad Chopda aka Abhi's angst against Akshara yet not letting her be disrespected wins AbhiRa fans' hearts as they gear up for the MAJOR TWIST

Yeh Rishta Kya Kehlata Hai is always trending in entertainment news. It has a loyal fanbase and recently the track of Kairav aka Mayank Arora and Anisha aka Kashish Rai's wedding was introduced. Now, the sudden proposal of Anisha to Kairav is something that the Goenkas are not happy or comfortable with, especially Mimi aka Swati Chitnis. The Goenkas feel that Anisha had gone missing for a while and dropped the bomb as soon as she returned. Now, in the upcoming episode, we will see Mimi aka Suhasini not coming to bless Kairav and Anisha for their ritual. Abhimanyu visits her. And in the scene, a fan have notice the discomfort of Abhi aka Harshad Chopda, as he sits down near the feet of Suhasini. However, it's an adorable scene and hence, they couldn't stop gushing over his cuteness. And well, Harshad Chopda is hot so his hotness also became the talk of the Twitter town. Check out the tweets here: Also Read - Shaheer Sheikh, Fahmaan Khan, Mohsin Khan, Harshad Chopda and other TV hunks who are yet to debut in Bigg Boss, Khatron Ke Khiladi and other reality shows [View Pics]

Have you guys noticed.. Harshad still has some issues with his feet…he was not able to sit properly even during the dance their was something unusual.. but he is still working..

Abhi the nautanki no 1 ??? Loved this scene so much it seemed like a conversation between 2 ziddi kids .... My new ship #Mimanyu and its eternal ?#AbhimanyuBirla #HarshadChopda #YRKKH @OrmaxMedia pic.twitter.com/mlehRh8je0

It’s a blessing to have a person with whom you can enjoy the tiniest moment.. Simply their presence is enough to enlighten the aura around us?? They’re so in love with eo..lost in their small world ??

My favorite part of the song due to 2 reasons ... One abhi being so cute and two for giving happy family vibes ??❤#AbhimanyuBirla #HarshadChopda #YRKKH @OrmaxMedia pic.twitter.com/RWyFelqkRV

For the unversed, Harshad Chopda had suffered a leg injury on the sets of Yeh Rishta Kya Kehlata Hai a couple of weeks ago. While shooting for an intense scene of a fire accident in the show, Harshad injured himself for real. However, he is now recovering well. Also Read - Karan Mehra-Nisha Rawal marital crisis: Rohit Satia breaks silence, alleges Karan's affair with a certain 'MM'; calls Kashmera Shah a liar

Don't tell me they will make PB & Abhi friends just like that ? I was so looking fwd 2 a fun track with PB trying 2 win Abhi & Manjari's heart in a fun way later knowing they were just teasing him they forgave him long back#AbhimanyuBirla #HarshadChopda #YRKKH @OrmaxMedia pic.twitter.com/F561Qm6scz

Meanwhile, in the upcoming episodes of Yeh Rishta Kya Kehlata Hai, we will see Abhimanyu sharing a heartwarming hug with his father, Harsh aka Vinay Jain. Manjiri aka Ami Trivedi and Akshara aka Pranali Rathod along with others will be pleasantly surprised.