Yeh Rishta Kya Kehlata Hai's Akshara aka Pranali Rathod opened up on what she and Harshad Chopda aka Abhimanyu enjoy shooting for the most. AbhiRa shippers, you'd be surprised with the answer. 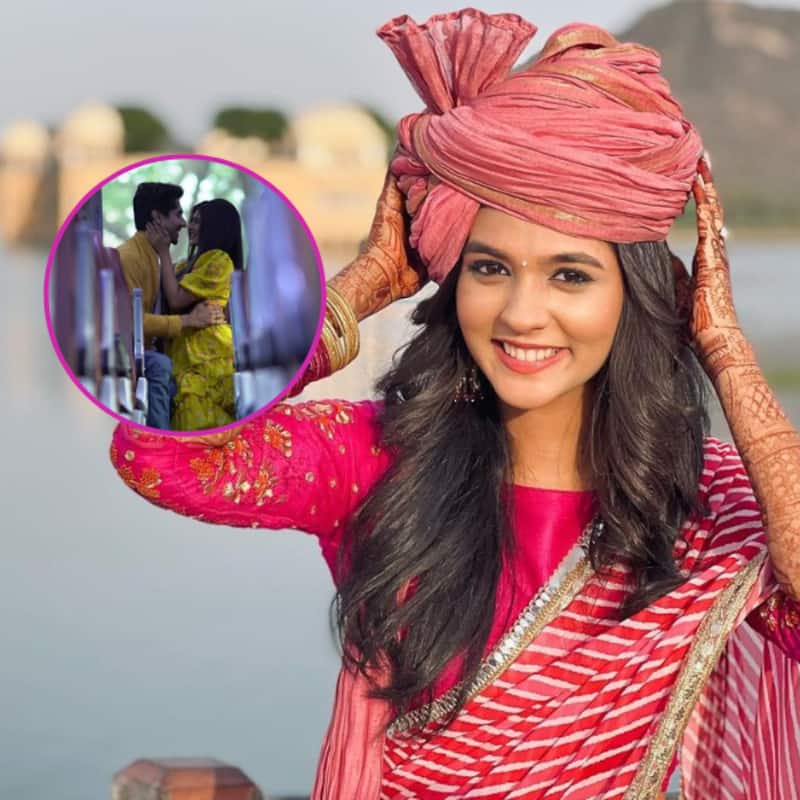 Ever since Pranali Rathod was introduced as Akshara in Yeh Rishta Kya Kehlata Hai, fans have showered her performance, her character and the actress with adulations. Pranali revealed what's it like having completed 9 months and getting so much love every day. She called it overwhelming and shared that she never imagined getting so much love. Talking about her character, Pranali shared that she learns something new from Akshara every day. Also Read - 3 Idiots in Ghum Hai Kisikey Pyaar Meiin, Aashiqui 2 in Kumkum Bhagya and more TV shows who BLATANTLY copied scenes from Bollywood films to boost TRPs

Pranali Rathod and Harshad Chopda have been setting the screens on fire with their sizzling chemistry as Akshara and Abhimanyu in Yeh Rishta Kya Kehlata Hai. In just a short span of time, Harshad and Pranali made a special place in the hearts of the audience. They are now one of the most loved jodis on Indian television. In her recent interaction with a portal, Pranali Rathod revealed what are her and Harshad Chopda's FAVE scenes to shoot in Yeh Rishta Kya Kehlata Hai. And AbhiRa fans, it'll leave you surprised. Harshad and Pranali, both enjoy shooting for the dance sequences, she revealed. They recently had a performance on Main Agar Kahoon. Pranali shared that they also enjoy all the dream sequences. AbhiRa fans have expressed their tiredness from the countless dream sequences and wanted them to romance in real. Now when they are married, Abhi and Akshara still have dream sequences and romance and fans absolutely love them. Also Read - Khatron Ke Khiladi 12 star Shivangi Joshi’s lavish Mumbai home is all about elegance and minimalism [View Pics]


Pranali revealed her favourite dance performance on Yeh Rishta Kya Kehlata Hai with Harshad Chopda. She shared that while she loved all the performances, their sequence on Saami Saami is her favourite. Stay tuned to BollywoodLife for the latest scoops and updates from Bollywood, Hollywood, South, TV and Web-Series.
Click to join us on Facebook, Twitter, Youtube and Instagram.
Also follow us on Facebook Messenger for latest updates.
Advertisement