Yeh Rishta Kya Kehlata Hai Big Twist: Akshara-Abhimanyu to patch up as the former faces an uphill task with the Birla family

Yeh Rishta Kya Kehlata Hai Big Twist: Akshara-Abhimanyu to patch up after an disagreement post their marriage; the hard times for Akshara in Birla home has just begun 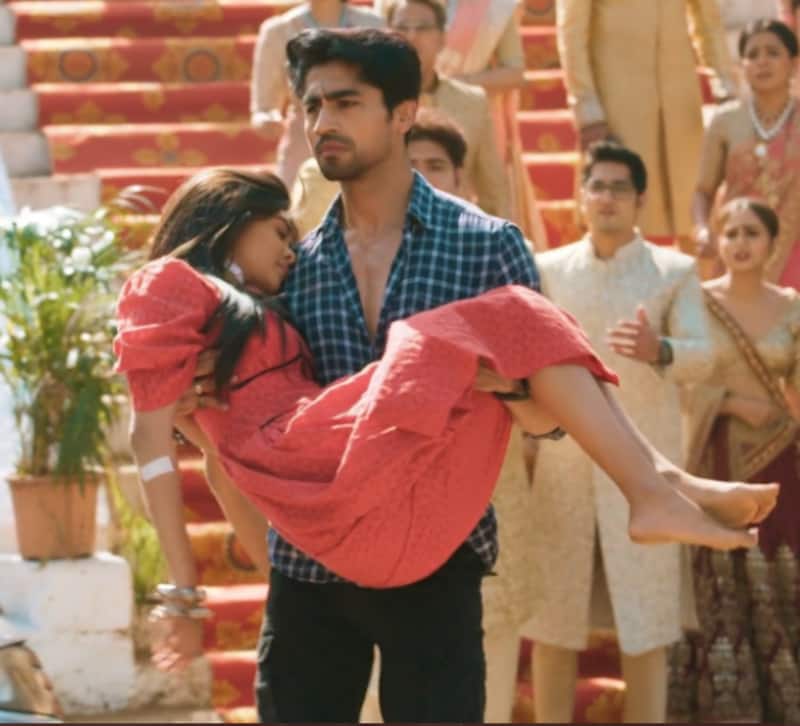 Yeh Rishta Kya Kehlata Hai will see the pag phera track, and how Akshara and Abhimanyu are having disagreements on some issues. Akshara (Pranali Rathod) will come alone to the Goenka house for her pag phera ritual. Abhimanyu (Harshad Chopda) feels very guilty on the same. Kairav informs Abhimanyu that Akshara did not do anything with the intent to hurt the Birla family. His mother, Manjiri tells him that his presence is a must for the pag phera rituals. He decides to go to the Goenka house. Akshara who has reached there is almost in tears. Also Read - Trending Entertainment News Today: Alia Bhatt talks about suhagraat on KWK7, Neetu Kapoor gets trolled, KRK predicts Vikram Vedha disaster and more

When he gets there, Akshara is just about to faint. He holds her in his arms and realises that she has a fever. Her brother tells him that whenever she is stressed out, she gets a fever. Abhimanyu feels worried about the same. In the Birla household, they are discussing how Akshara is kind of meddlesome. But Manjiri says that she is innocent, and they do not understand the difference. It seems Akshara is keen to pursue a career as a music therapist. The decision has not gone down too well in the Birla household. Harshvardhan says that with Akshara's mediocre qualifications, she can only manage the job of a therapist. Also Read - Kim Kardashian spotted at Paris Fashion Week; netizens brutally troll the socialite for her dressing sense, say, 'North dresses better'

Akshara tells everyone that more than qualification it is passion which is needed to make it big as a therapist. The family is against it. In the coming days, we will see that Akshara faces the jibes of the Birla family for taking on such a lowly job. She will face challenges at her workplace and try to balance both her responsibilities. Abhimanyu tells Akshara that she should not try to change the outlook of her family and in-laws. Yeh Rishta Kya Kehlata Hai is produced by Rajan Shahi and is the No.2 show on the TRP charts. Also Read - Khatron Ke Khiladi 12: Shivangi Joshi shares deets about bond with Jannat Zubair; says, 'There were misunderstandings...'