Yeh Rishta Kya Kehlata Hai BIG TWIST: Not Aarohi but Akshara is pregnant; here's why Abhimanyu is against it

Yeh Rishta Kya Kehlata Hai upcoming shocking twist: Karishma Sawant aka Aarohi had announced her pregnancy just recently while Akshara (Pranali Rathod) learned about her condition. However, Aarohi's pregnancy will turn out to be a false alarm. 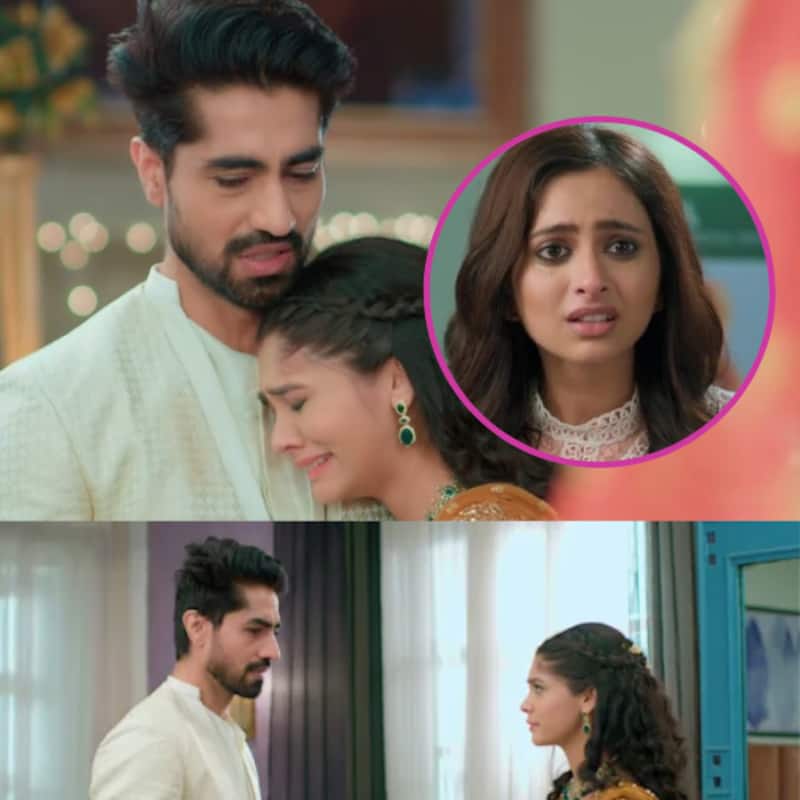 The makers of Yeh Rishta Kya Kehlata Hai are leaving no stone unturned to keep the fans and the audience hooked to the Harshad Chopda, Pranali Rathod and Karishma Sawant starrer TV show. In the last couple of weeks, a lot of dramatic twists were introduced in the show. Aarohi got married to Neil. She started creating misunderstandings between Neil, AbhiRa and other family members. We also learned about Akshara having a medical condition wherein she has pregnancy complications. Aarohi blackmailed Abhimanyu because of the same and more. Also Read - Yeh Rishta Kya Kehlata Hai SHOCKING TWISTS: With 5-year leap AbhiRa turn strangers; Abhimanyu, Akshara to move on with Aarohi-Abhinav and more

As per the latest episodes of Yeh Rishta Kya Kehlata Hai, Karishma Sawant aka Aarohi has had a change of heart. She had learned about the complications in Akshara's pregnancy and used it to blackmail Abhimanyu for her and Neil's benefit in the Birla house and the hospital. Akshara was suspicious about the same and warned Aarohi after which the latter revealed to Akshara her pregnancy complications. While Akshara is heartbroken, Aarohi promises to not meddle in Abhimanyu and Akshara's life anymore. Also Read - Trending TV News Today: Tunisha Sharma's family alleges Sheezan Khan did drugs, Hiten Tejwani's character of Bade Achhe Lagte Hain 2 revealed and more

Shocker for Aarohi and Akshara in the upcoming episode

In the upcoming episode of Yeh Rishta Kya Kehlata Hai, we will see Karishma Sawant aka Aarohi learning that she is not pregnant at all. And that it was a false alarm. Aarohi calls her friend again and asks about the report showing her not being pregnant. She gets a shocker when her friend confirms it and says that it was a false alarm. In the next episode of Ghum Hai Kisikey Pyaar Meiin, Akshara will faint and reach the hospital where she learns that she is pregnant. This twist is going to blow up in the TV news. Also Read - Yeh Rishta Kya Kehlata Hai: AbhiRa fans trend 'BRING BACK OG ABHIMANYU' as the love birds separate again [View Tweets]

Abhimanyu is against Akshara getting pregnant

In the upcoming episode of Yeh Rishta Kya Kehlata Hai, we will see Harshvardhan Birla aka Papa Birla giving good news to the family that recent medical research has found that the complications in Akshara's pregnancy can be reduced from 90% to 10%. Harsh hands over the medical research papers to Harshad Chopda aka Abhimanyu who tears them up. Abhimanyu says that he won't even take a 0.0000% chance when it comes to Akshara.