Yeh Rishta Kya Kehlata Hai: Harshad Chopda aka Abhi's angst against Akshara yet not letting her be disrespected wins AbhiRa fans' hearts as they gear up for the MAJOR TWIST

Yeh Rishta Kya Kehlata Hai: Harshad Chopda aka Abhimanyu not letting Akshara aka Pranali Rathod get disrespected is winning the hearts of AbhiRa fans. A new twist lies ahead as fans anticipate the post leap story. 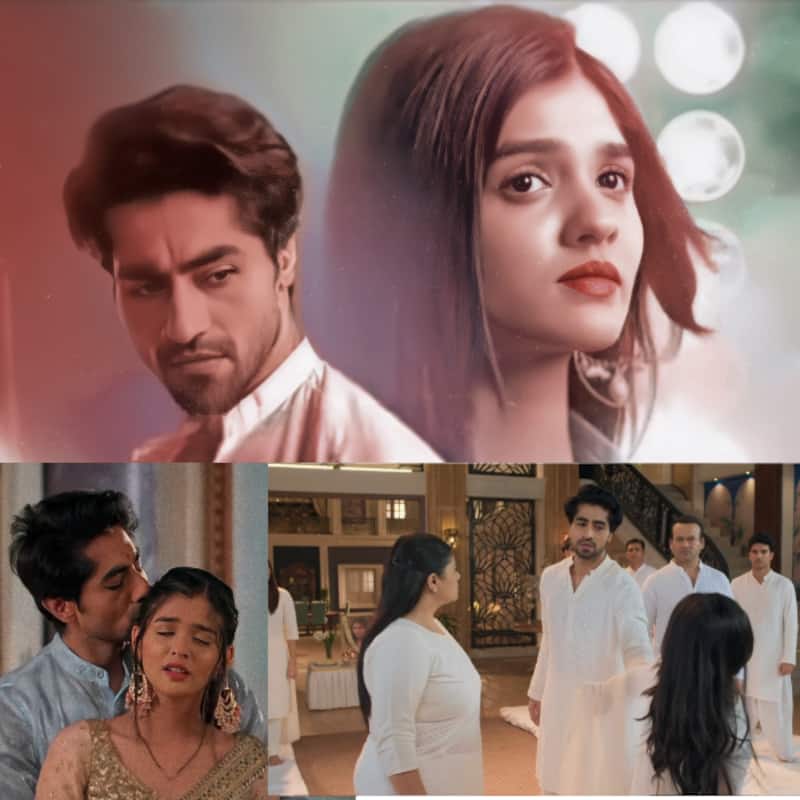 Yeh Rishta Kya Kehlata Hai is going to see a major twist in the upcoming episodes. Harshad Chopda-Pranali Rathod and Karishma Sawant starrer TV show is currently struggling on the TRP charts. And it seems that's why the makers have decided to bring a new and shocking new twist to the tale of Abhimanyu and Akshara aka Harshad Chopda and Pranali Rathod. In the latest episode of Yeh Rishta Kya Kehlata Hai, the audience will get to see Abhimanyu not letting Mahima disrespect Akshara. And this gesture of Abhi is winning hearts. Also Read - Yeh Rishta Kya Kehlata Hai: Akshara signs the divorce papers and leaves Abhimanyu shell shocked, gets hailed by fans for this drastic step

For the unversed, in Yeh Rishta Kya Kehlata Hai we saw Anisha aka Kashish Rai meeting with an accident. She fell off the roof and lost her life. The Birlas blame Kairav aka Mayank Arora who was with Anisha at that time. Even Abhi aka Harshad Chopda is against Kairav. Akshara aka Pranali Rathod, on the other hand, is confident that Kairav is innocent and is staunchly beside her brother in his tough time. Also Read - Yeh Rishta Kya Kehlata Hai: Abhimanyu sends divorce papers to Akshara; her reaction shocks the helpless Abhi

While Akshara is firmly against the belief that Kairav can harm Anisha or take her life for that matter, Abhimanyu is quite upset with Akshara as she sides with her family all the time. Mahima aka Pragati Mehra, Anisha's mother, is furious with Akshara too and blames her for Anisha's demise. She pushes Akshara in a fit of rage when Abhimanyu holds her (Akshu's) hand and pulls her up. His gesture, despite being mad at Akshara is winning the hearts of AbhiRa fans. Check out the tweets here: Also Read - TOP TV News of the week: Bigg Boss 16 confirmed contestant list, Indian Idol 13 gets flak, Nora Fatehi's Maharashtrian look wins hearts and more

Y’all are blind to this scene. He can never let anybody disrespect her be it family or anybody else. He will always support her.He has always kept her above everybody else. #yrkkh #AbhimanyuBirla #AbhiRa #HarshadChopda @OrmaxMedia pic.twitter.com/3mHgpUggmv

This scene was best part he was still defending Akshara

He lost his sister day after Rakshabandhan and still never let anyone else disrespect her. Have you all seen how he held her and moved her behind his to face Taiji himself?
Stop being so blind pls! ?#HarshadChopda #AbhimanyuBirla #Yrkkh https://t.co/Ov31xy8eKS

This show also has separation due to family,but credits to HC’s acting every1 can easily tell how deeply the ML loves Fl. In angst scenes also,it never looked like hatred,it was always love . #NeilBhatt of #GhumHaiKisikeyPyaarMeiin ,any1 can tell how he has only used & abused FL https://t.co/mARH7vK8kS

The way people from other fandom are appreciating and praising abhimanyu birla and wishing that their ML Was like him..BUT
Our own fandom doesn't value abhimanyu and is bashing him..
Some of you Don't really deserve him ?#yrkkh #HarshadChopda #AbhimanyuBirla https://t.co/35BlIBGKQ9

A new twist lies ahead in Yeh Rishta Kya Kehlata Hai. Pranali Rathod aka Akshara and Harshad Chopda aka Abhimanyu will part ways. The show will take a leap of 1 year. Akshara will leave Abhimanyu and he will be devastated. Later, Abhimanyu will be seen as a daredevil who will start living life outside the hospital too. He will still miss Akshara. On the other hand, Akshu will be a singer but in the background. Another face is being introduced in the show it seems. She is said to be related to Kheras. The new promo has left everyone in shock.