Yeh Rishta Kya Kehlata Hai and Harshad Chopda aka Abhimanyu and Pranali Rathod aka Akshara's fans are mighty upset with the makers. The current track between the now estranged lovebirds has left fans angry and heartbroken. 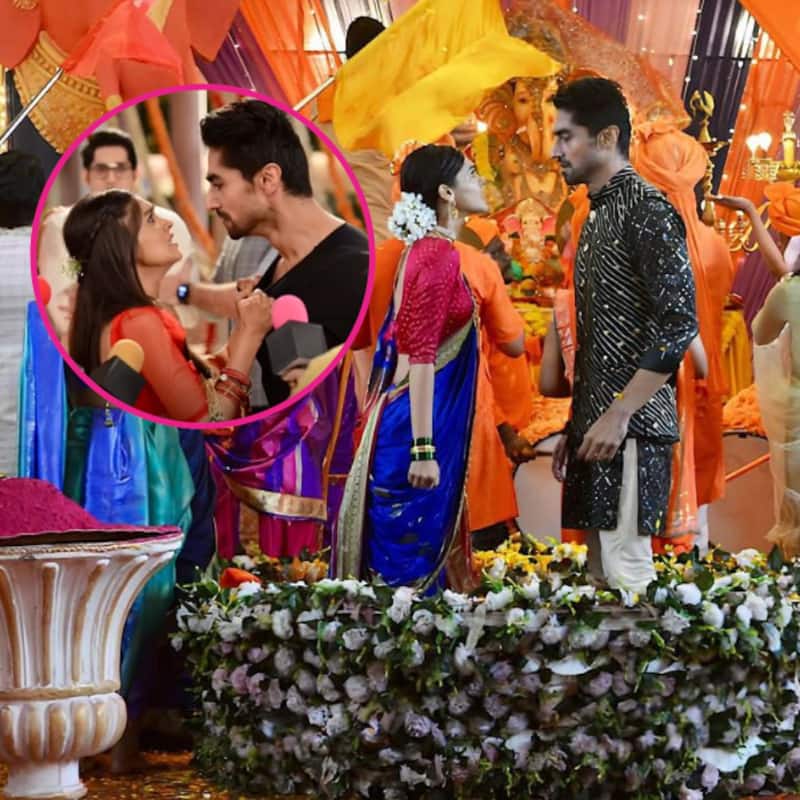 First things first, when the makers brought the separation track in Harshad Chopda and Pranali Rathod starrer Yeh Rishta Kya Kehlata Hai, the fans were sad and bid adieu to the lovebirds. They reluctantly looked forward to the 2.0 versions of Abhimanyu and Akshara. Harshad and Pranali's Abhimanyu and Akshara make for one of the most celebrated and loved pairs on Indian Television. The differences between them are increasing day by day. And now, in the upcoming episode of Yeh Rishta Kya Kehlata Hai, we will see Abhimanyu giving a big shocker to the Goenkas and Akshara. He will get Kairav arrested again. Also Read - Karan Mehra tears up talking about having no information on his son Kavish for the past year: 'I don’t know what all he is going through'

Akshara had left the proofs of Mayank Arora aka Kairav's innocence in Abhimanyu's room. She had been looking forward to proving her brother's innocence to Abhimanyu and the Birlas. Akshara was all decked up and looking forward to reuniting with Abhimanyu but he instead dropped a bomb by declaring Kairav a killer in front of the media. And now, a promo is going viral that hints at another separation of AbhiRa. It all has left fans angry, confused and upset. Check out the reactions here: Also Read - Yeh Rishta Kya Kehlata Hai: Akshara signs the divorce papers and leaves Abhimanyu shell shocked, gets hailed by fans for this drastic step

Both are equally wrong and both now done mistakes ,cvs made the sacrifice concept to a deal to give abhi some solid proof of his anger ,& bringing abhi Media to give akshu anger also so both of them ll be on same level of MUs #yrkkh #abhira

Everyone is trying to justify their stans povs but as an #AbhiRa fan i have lost them .#Yrkkh pic.twitter.com/TX1GDzToSB

Character ya dono ka destroy hua hai, going by past and present kaands. Ya kisi ka nahi hua. If you want to use the word destroyed then you have to use it for both. Or else stop using that word randomly for one character and accept both of them as flawed ? #yrkkh #AbhiRa

Well DKP has not been very good at showing romance, celebrating festivals or creating real villains this season, but they sure know how to break hearts! So this was the actual faceoff! ? Loved the episode..! #AbhiRa #yrkkh

the logic behind what's happening rn. I want all this drama to make some sense by the end of this track. If not, then kasam se all this is gonna look so stupid.

Makers painted such a rosy picture of separation and we were fools to believe them. They had to include mute brother in the picture when it could've been only about #AbhiRa and Kheras. That's where they ruined everything. Aur maango separation tracks ?? #yrkkh #AbhimanyuBirla

Plz no divorce track for #Abhira don't ruin thr essence they are different i know they are flawed but this divorce n again shadi thing will never suit on them.
And i hate marriage tracks they are boring #yrkkh https://t.co/4e1J8bDqM2

Such a good show how can they ruin post marriage ?
My #Abhira butchered brutally. Feel super bad for #harshali

AK will fly back to Mauritius with Kheera siblings, till abhimanyu will get the news that KV is innocent and will understand whole story, Ak will be no more in udaipur ?#yrkkh #AbhiRa

#abhira seriously need to learn to communicate properly in general and also as a married couple. Akshu had the last copy of evidence and just left it there in Abhi’s room? She didn’t think to go to the hospital to look for Abhi and talk to him in person? ??‍♀️???‍♀️#YRKKH pic.twitter.com/HvVnZcTwHc

For the unversed, it was because of Dr Kunal Khera's (Mrunal Jain) condition that Akshara left Abhimanyu. The former is using Akshara's talent for his sister and can go to any lengths for the same. As if the Birlas were not enough, Kheras are turning out to be a big hurdle in AbhiRa's life.