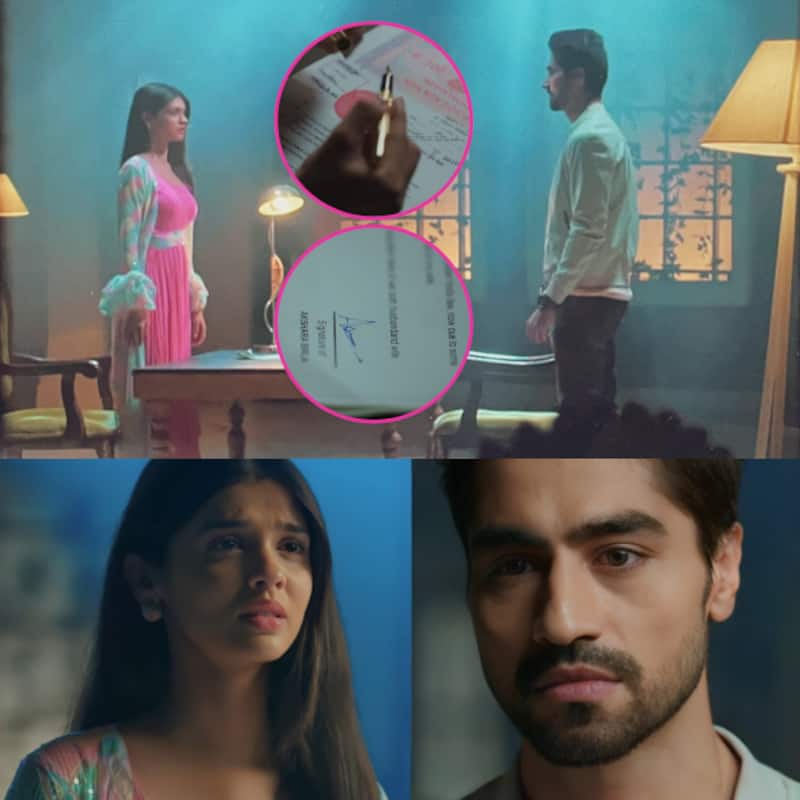 Yeh Rishta Kya Kehlata Hai latest episode update: Harshad Chopda and Pranali Rathod starrer TV show has been seeing very dramatic twists in the TV show of late. Akshara made a sacrifice for Abhimanyu's sake by leaving him after Kunal Khera put a condition in front of her before Abhimanyu's hand surgery. After the leap, Abhimanyu (Harshad Chopda) turns bitter toward love and Akshara. On the other hand, Akshara (Pranali Rathod) was hopeful that Abhimanyu would not forget her and pinned hopes on their love. However, everything went haywire! Yes, you read that right. And now, in the upcoming episode of Yeh Rishta Kya Kehlata Hai, we will see another shocking twist. AbhiRa fans, get ready for another heartbreak. Also Read - Yeh Rishta Kya Kehlata Hai BIG TWIST: Not Aarohi but Akshara is pregnant; here's why Abhimanyu is against it

After Abhimanyu (Harshad Chopda) puts Kairav and Manish Goenka in jail for Mahima's sake, Akshara lashes out at Abhimanyu. Later, Suhasini (Swati Chitnis) finally reveals the truth about Akshara's sacrifice in front of Abhimanyu who dismisses it as Akshara's Mahaanta. Akshara (Pranali Rathod) is furious with Abhimanyu. She tells him that he cannot understand love at all. She warns him against insulting her love for him. Where fans thought that Abhimanyu will regret getting mad at Akshara after learning about her sacrifice in Yeh Rishta Kya Kehlata Hai, his reaction in the form of an upcoming twist has left fans shocked and heartbroken, But more heartbreak awaits AbhiRa fans. Also Read - Ghum Hai Kisikey Pyaar Meiin loses its spot from TOP 10; Anupamaa, Yeh Rishta Kya Kehlata Hai continue to win hearts – Check Most-Liked Hindi TV shows

It seems both Abhimanyu and Akshara have decided to move on in their lives. Well, at least that's what the precap states. Abhimanyu and Akshara's idea of love differs vastly. And there are a lot of differences between the two of them. In the Yeh Rishta Kya Kehlata Hai Precap, we saw Akshara and Abhimanyu saying their final goodbye. Akshara then signs the divorce papers. Also Read - Year ender 2022: Anupamaa, Ghum Hai Kisikey Pyaar Meiin and more TV shows that ruled the TRP charts this year

Heartbreaking precap!
Akshara signs the divorce papers and says it’s a new beginning for Akshara Goenka ? where she will find everything she lost including her identity! Now they are taking it too far!#yrkkh #Abhira pic.twitter.com/UQOMREKRXf

This is indeed heartbreaking. In the upcoming Yeh Rishta Kya Kehlata Hai episode, we will see Neil and Harsh appreciating Akshara's sacrifice. On the other hand, Anand and Mahima are against Akshara. Abhimanyu feels lonely.