Yeh Rishta Kya Kehlata Hai SPOILER: After hearing Kartik's confession to Naira, Vedika decides to divorce Kartik and unites him with Naira. Check out the whole story to find out more 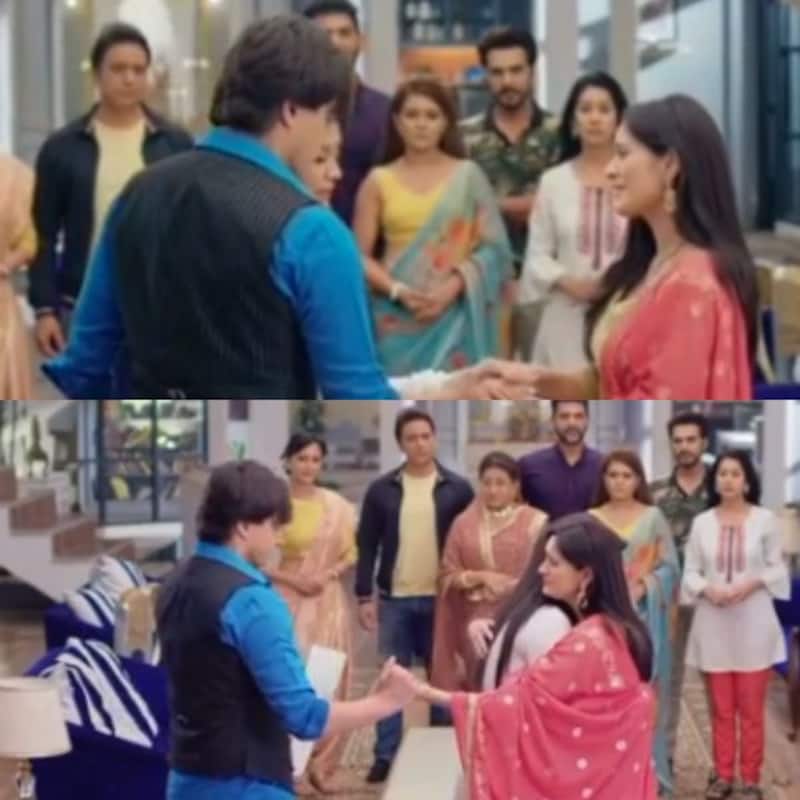 Yeh Rishta Kya Kehlata Hai will soon see some interesting drama in Kartik-Naira and Vedika’s life. In recent episodes, we saw that Vedika is back from USA. However, she gets kidnapped by her ex-husband Akshat while Kartik searches for her. Kartik-Naira are about to inform the same to Goenkas but before that Dr.Pallavi reaches the Goenka house and gets Kartik arrested for kidnapping Vedika. Later Naira gets Vedika back home and Kartik is released. Vedika thanks Naira for helping her while Naira announces that she wasn’t alone and was helped by a stranger.
She gets Akshat home and Vedika is shocked to see him. Naira notices the fear on Vedika’s face. Akshat acts as if he is injured and Kartik asks him to stay back at the Goenka house. Akshat later tries to trouble Vedika while she requests him to leave and not to trouble her family. During Vansh’s birthday party Akshat tries to kidnap Kairav but Vedika stops him from doing so. Vedika is tensed as she does not want her family to suffer because of her and decides to reveal her Akshat and her relationship to the Goenkas. Kartik, on the other hand, wants Naira back in his life and decides to confess his love to her. Vedika informs the Goenkas about her and Akshat’s past. The Goenkas are upset with her for not revealing it before. Just then Naira gets a call informing her that Kairav has been kidnapped. She panics and rushes to find him. Kartik and the whole family also follow her. Akshat kidnaps Kairav and asks Kartik-Naira to give her five crores and take their child away. Akshat later throws Kairav from a cliff while Vedika saves him. Kartik and Naira reach there and save Vedika and Kairav. Kartik runs behind Akshat and beats him up. Later the Goenkas are happy to see Kairav back. Later Kartik has decided to confess his feelings for Naira and keeps searching for ways to get close to her. Also Read - Trending TV News Today: Charu Asopa wants divorce from Rajeev Sen, Taarak Mehta Ka Ooltah Chashmah gets new Nattu Kaka and more

Vedika notices this and decides to find what is in Kartik’s mind. While they play a game, Kartik confesses his love to Naira while Vedika hears this. In the upcoming episodes, we will see that Vedika at first does not want to lose Kartik but later decides to leave him as he does not love her. She gets the divorce papers and hands it over to Kartik. She unites Naira with him and decides to leave their life. Stay tuned to BollywoodLife for more scoops and updates. Also Read - TRP Report Week 25: Anupamaa TRUMPS; Naagin 6, Kundali Bhagya maintain positions; Ghum Hai Kisikey Pyaar Meiin dips further [Top 5 TV shows]