In Yeh Rishta Kya Kehlata Hai, Aarohi is trying to play the victim card and accus Abhimanyu of slapping her. Like a doting wife, Akshara takes his side. 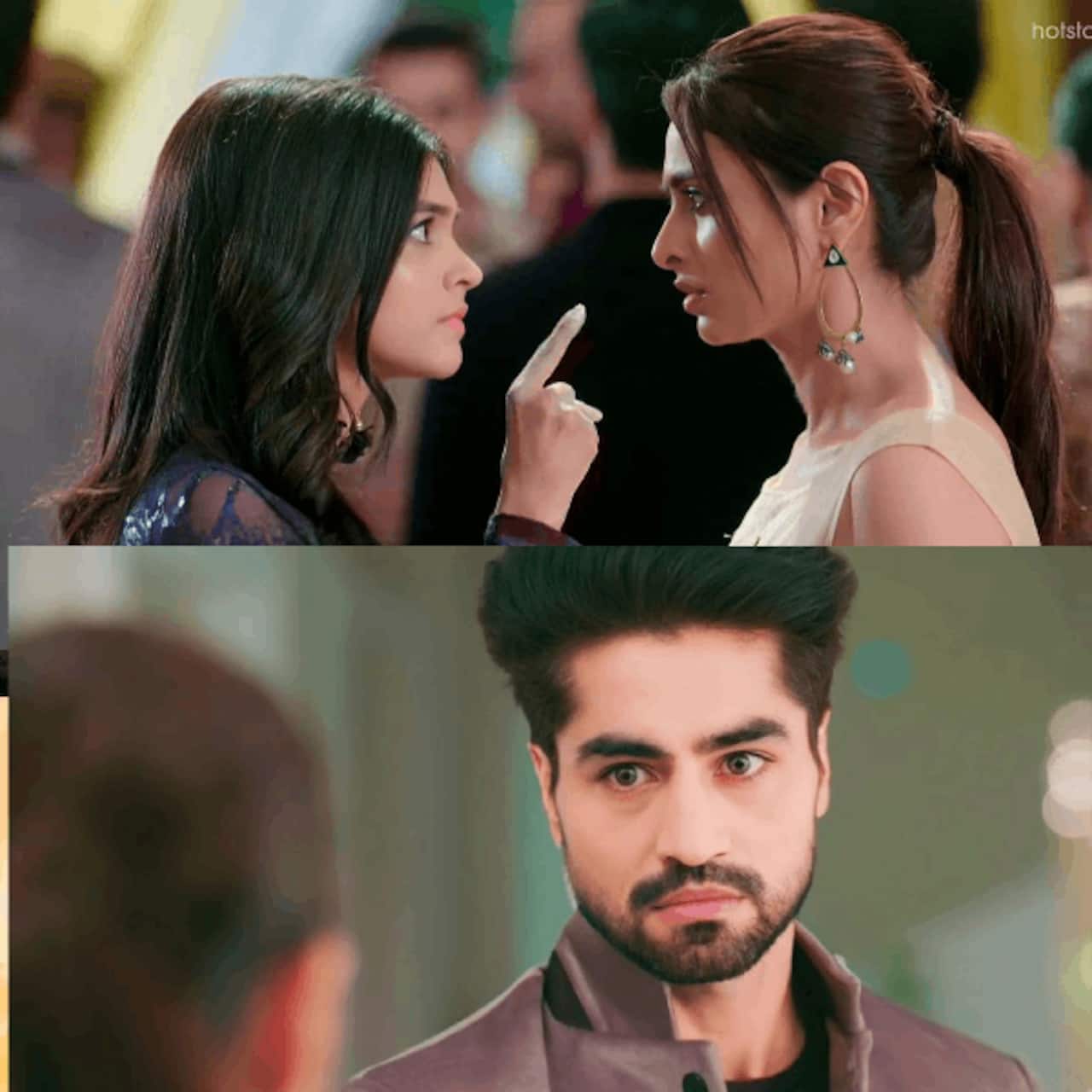 Yeh Rishta Kya Kehlata Hai has been one of the favourite shows of the audience. Since Hina Khan and Karan Mehra days, the show is loved by all. Currently, Harshad Chopda and Pranali Rathod are in the lead as Abhimanyu and Akshara. Their love saga has witnessed several twists and turns. One of the constant hurdles in their lives has been Aarohi played by Karishma Sawant. Now, Abhi and Akshara are together yet Aarohi is causing issues. In the latest episode, Aarohi accused Abhimanyu of slapping her and that left Akshara fuming. Also Read - Yeh Rishta Kya Kehlata Hai jodi AbhiRa tie with Bade Achhe Lagte Hain 2's Raya to get the TOP spot on the Most Popular TV jodis of January 2023

Entertainment News: AbhiRa fans cannot get over Akshara's character progression in the show

Aarohi played the victim card in Yeh Rishta Kya Kehlata Hai and accused Abhimanyu of ill-treating her. She claims that he slammed her when she asked about the files and humiliated her. But, Abhimanyu negated her claims and stated that he did not raise his hand on Aarohi. He refused to apologise stating that he made no mistake. Akshara too gets furious over Aarohi. She warns Aarohi to stop playing her silly games and says that she will cause havoc in her life if she crosses limits. Also Read - Yeh Rishta Kya Kehlata Hai BIG TWIST: Akshara wishes to go to Udaipur as Aarohi gets electrocuted; fans are livid with the precap [View Tweets]

The unshakable belief she has on her husband’s integrity shows the growth of their relationship…they’ve built up a strong wall against the world ✨♥️#abhira #yrkkh pic.twitter.com/8pQBgzNZfR

Best character progression in yrkkh whole history
yes i am saying this as a regular viewer of #yrkkh since 14 years ??#yrkkh #AksharaBirla #pranalirathod #abhira pic.twitter.com/P0sJqoLL1C

"SORRY BUT NOT SORRY"
That's Abhimanyu Birla ?
He did apologized even when his hand didn't even touch her face properly#HarshadChopda • #yrkkh • #AbhimanyuBirla pic.twitter.com/MSaeHRVUFW

Well, what happens next in Yeh Rishta Kya Kehlata Hai will be interesting to watch. The two sisters are now at loggerheads and fans are sure in for some interesting drama.