Yeh Rishta Kya Kehlata Hai upcoming: Harshad Chopda and Pranali Rathod aka Abhi and Akshu will get all romantic and we mean sizzling hot romantic in the pool! AbhiRa shippers cannot handle their hotness and are going gaga... 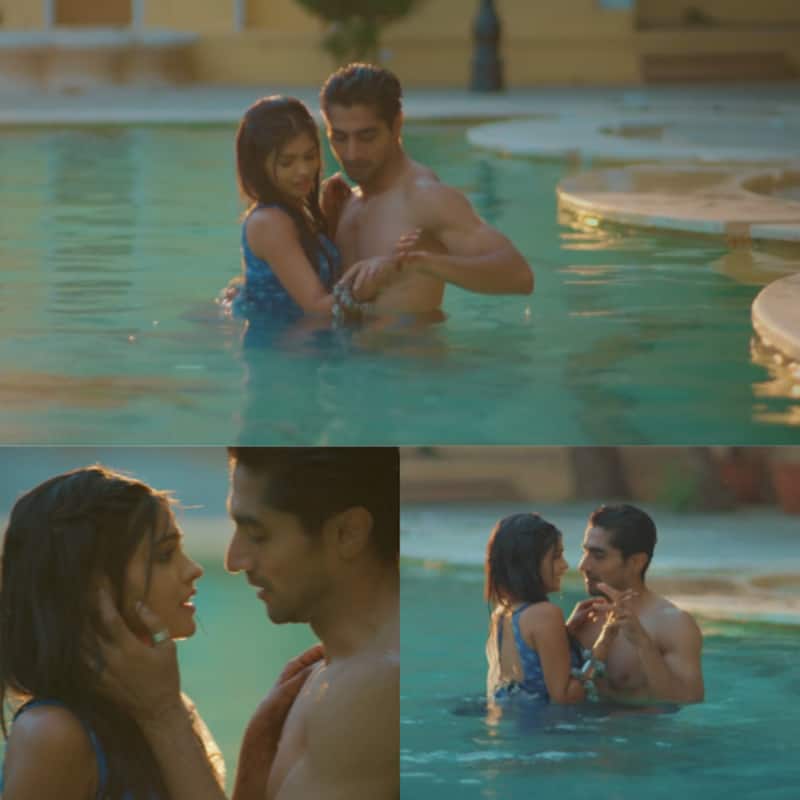 Yeh Rishta Kya Kehlata Hai upcoming twist: Abhimanyu Birla and Akshara Goenka, aka Harshad Chopda and Pranali Rathod, are all set to tie the knot in the show soon. The bride-groom and their families have all reached the wedding venue in Jaipur. It is said that the much-awaited AbhiRa wedding is happening at the Samode Haveli. It's gonna be as epic as the grand Bollywood weddings that happen and fans are super excited to see the two on-screen lovebirds getting hitched. AbhiRa Ki Shaadi is one of the most awaited moments right now. And ahead of their wedding, Abhi and Akshu are busy getting romantic IN THE POOL. Yes, you read that right. Tonight the episode is going to be fire! Also Read - Nayanthara tightly cuddles hubby Vignesh Shivan in THESE latest pictures; their love will give you butterflies [View Here]

It will so happen that Abhimanyu aka Harshad Chopda will decide to take a dip in the pool. He is spotted by a girl who is lounging beside the pool. Attracted to Abhimanyu, she jumps into the pool. Abhimanyu rushes to save her. On the other hand, Akshara gets all jealous and fumes with fury (cutely) as Abhi is shirtless while doing laps in the pool. Akshu's jealousy would go poof in the air as Abhi has eyes only for his Akshu. The latter thanks him for not grabbing the opportunity to flirt with a woman in the pool. And things would then spice up as Abhi pulls Akshu into the pool. They would share sizzling hot romantic moments together. Fans who watched the show already are going gaga. Check out the tweets here: Also Read - Shehnaaz Gill shows of her 'Brahmastra' powers in this CRAZY VIDEO; attracts the sea with her mind alone

This turned from cute to hot real quick you all?#AbhiRa • #Yrkkh pic.twitter.com/LiWBt6Co59

i will NEVER shut up about this #abhira #yrkkh pic.twitter.com/j3kVYG2F0s

First dayyy first served with hottest ??? pool romance inn Jaipur ??
Guys we have to raise Trp by watching #yrkkh #AbhiRaKiShaadi #Abhira in TV,Hostar in online platforms
Because we're getting unexpected things that we can watch whole dayyy
Soo watch epis on loop ????? pic.twitter.com/tbxGs5CBsD

Meanwhile, Abhi has agreed to Aarohi aka Karishma Sawant attending their wedding. However, the wedding will have more twists in seems. Mahima is upto something. In the upcoming episode of Yeh Rishta Kya Kehlata Hai, we will see Mahima giving haldi to grind. Akshara will face some boys and would get scared. Let's see what happens next... Also Read - Rakhi Sawant brutally TROLLED for claiming BF Adil is planning to buy 10 flats in Dubai as they're cheaper; netizens say, 'My whole life's a lie'