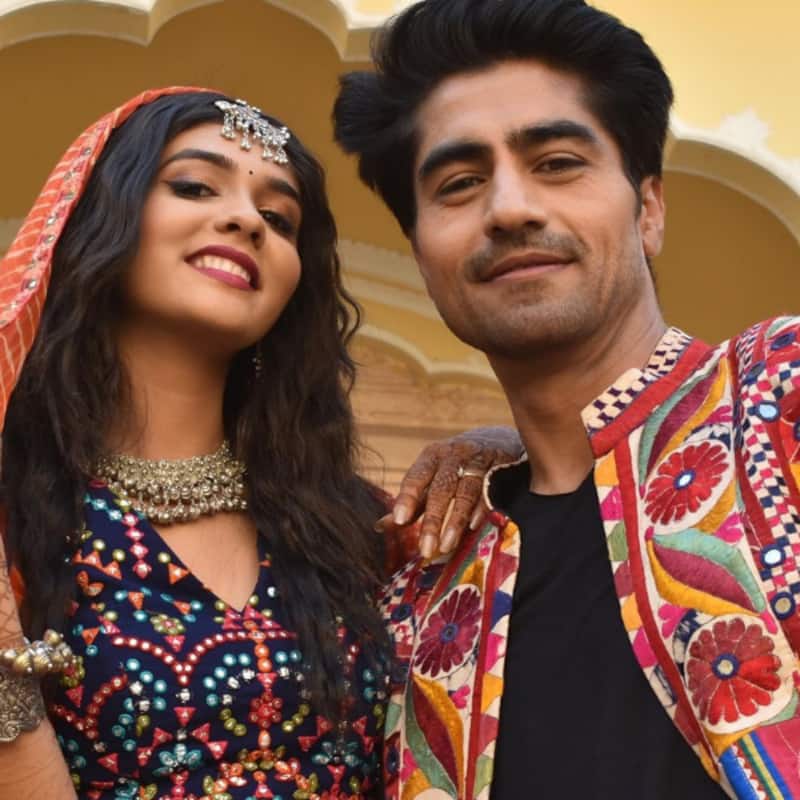 It's Yeh Rishta Kya Kehlata Hai actor Harshad Chopda's birthday today. The handsome hunk turns dashing 39 today! Celebrities and friends of Harshad from the industry and his fans are celebrating his special day. As wishes are pouring in for the charming actor, Pranali Rathod's wish has stood out and won the hearts of AbhiRa fans. Pranali Rathod aka Akshara of Yeh Rishta Kya Kehlata Hai shared some BTS still from the sets of their show and penned a heartfelt note. Also Read - Trending Hollywood News Today: Lindsay Lohan sparks marriage rumours; Jungkook and Charlie Puth in a BL relationship and more

Pranali revealed many roles that her co-star Harshad plays in her life. She thanked him for being himself and said that he means a lot to her. Pranali's wish for Harshad Chopda is the sweetest thing on the internet today. "Happy Happyy Birthdayyy YOUU!!! to the BEST humann, best mentor, bestt dance partner, sweet tooth partner etc etc. you mean a lot to me thank you for being youu and Happie Birthday againnn." Check out the heartfelt post here: Also Read - Trending Entertainment News Today: Kaali's poster with a Goddess smoking draws flak, Top Bollywood actress having trouble adjusting with in-laws and more

Pranali had heaped praises on Harshad in her interviews before. The actress had told India Forums that they have a lot of fun on the sets. "We are really good friends. We have fun on sets and I get to learn a lot from him every single day. One thing I like about him the most is, 'Main kabhi bhi puchu ki rehearsal kare? He's always up for it. So he keeps me motivated every day. He makes sure that my energy level is at 100% so I think that's the best part about him." Also Read - Bigg Boss OTT 2: Ranveer Singh will NOT replace Karan Johar as the host of the web series of controversial reality show

Recently, Pranali and Harshad's characters got married in Yeh Rishta Kya Kehlata Hai. Pranali, who is an AbhiRa shipper too, had opened up on the much-hyped wedding. She had said, "Finally AbhiRa is getting married after all the problems and obstacles are such a blissful feeling. I am very excited, from Goenkas place one member gets subtracted and adds to the Birlas so yes, they are all happy but my family is a little sad and emotional at this point."