Shehnaaz Gill was among the big stars who attended Arpita Khan's Eid party. Salman Khan came to see her off to the car and they posed for paps together.

Like every year, Arpita Khan Sharma organised for Eid celebrations and many celebrities were invited. Among all was Shehnaaz Gill. She shares an amazing bond with Salman Khan since Bigg Boss 13 days and it was clearly visible as the Dabangg actor came to see her off after the party. He called her Punjab Ki Katrina Kaif and fans are unable to keep calm. Shehnaaz dragged him all the way to her car saying that he has come to drop her. In the end, Shehnaaz Gill touched Salman Khan's cheek as they said their goodbyes. A lot of Shehnaaz Gill's fans are saying that the bond she shares with Salman Khan is too precious. Checked out the videos above. Also Read - JugJugg Jeeyo trailer: Varun Dhawan, Kiara Advani, Anil Kapoor, Neetu Kapoor’s dramedy looks entertaining; leaves netizens impressed 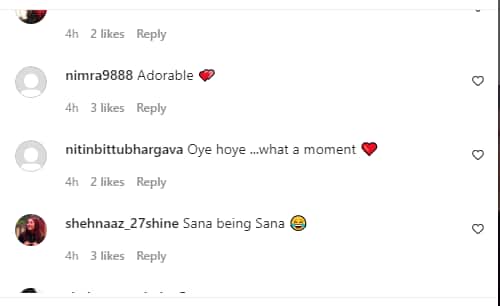