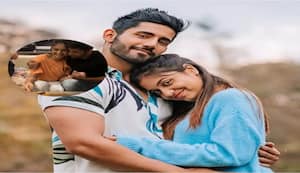 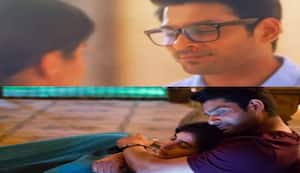 Karan Mehra yearns to meet his son Kavish amidst legal case with Nisha Rawal; calls it a '100 days of emotional hurricanes' – watch video

Indian Idol 12 contestants Pawandeep Rajan, Arunita Kanjilal and Shanmukha Priya recently launched the teaser of their Musical Series in the city. At the launch, Pawandeep spoke about their plan to buy an apartment in the same building

Indian Idol 12 concluded on Sunday (15 August 2021). It was one of the most loved reality TV shows of the country that ran for about 10 months. Given the duration of the season, the contestants were together for a long time and hence became as good as family members. Now, on Wednesday, three of the Indian Idol 12 contestants, Pawandeep Rajan, Arunita Kanjilal and Shanmukha Priya attended the live teaser launch of their musical series in the city. Raj Surani of Octopus Entertainment and Rani Jamal of Ranee Productions took these three under their wings for a music series for which they also held a press conference. Pawandeep, Arunita and Shanmukha had a completely different makeover for the same that had shocked the fans. At the press conference, the former contestants were asked about various things, right from their Indian Idol 12 journey to their memories off-screen and more. You’d remember that Mohd Danish had revealed that all of the Indian Idol 12 contestants would be buying an apartment in the same building to stay close to each other, right? Well, Pawandeep just confirmed it at the teaser launch. He even shared that, all of them together would set up a studio and make music as well.

Watch the video to know more about their plans.