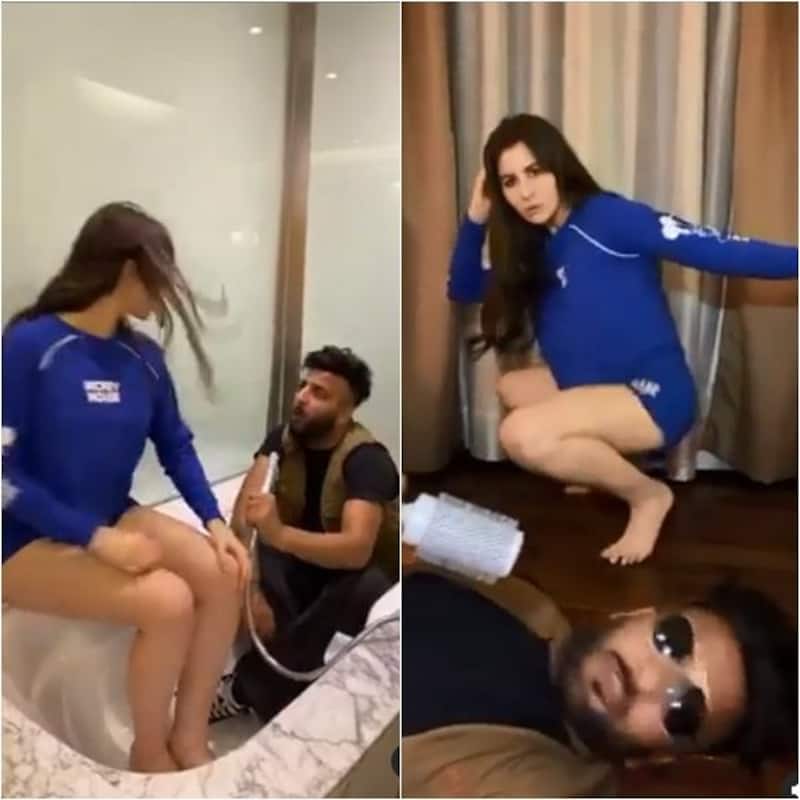 As much as Shehnaaz Gill impressed Salman Khan during her stint in Bigg Boss 13, her brother Shehbaz Badesha also managed to garner limelight with his short stint inside the Bigg Boss house. He had made Salman burst into uncontrollable laughter and even won several hearts of the audience. And it seems like Shehbaz has become an important part of Salman and family. Also Read - Trending TV News Today: Shehnaaz Gill's viral singing video, Virat's drunken avatar in Ghum Hai Kisikey Pyaar Meiin and more

In a recent video, Shehbaz was seen goofying around with Arbaaz Khan's girlfriend Giorgia Andriani. From Shehbaz getting into a bathtub with Giorgia to the latter showing off her twerking skills, the two were undoubtedly the partners in crime. Though Shehbaz failed to lip-sync the lyrics of Sean Paul's superhit song Temperature, he did made everyone laugh with his fun side. Giorgia, on the other hand, left her fans sweating with her dancing skills. Also Read - Jhalak Dikhhla Jaa 10's Nia Sharma, Khatron Ke Khailadi 12's Faisal Shaikh and more; Meet the TV Instagrammers of the week

Shehbaz and Giorgia appears to be close friends and it is being said that the two are going to appear together in a music video. While there's no confirmation, it remains to be seen if they surprise fans with their unique collaboration. Also Read - Malaika Arora's boyfriend Arjun Kapoor and ex husband Arbaaz Khan to appear together on Arora Sisters? Here's what we know