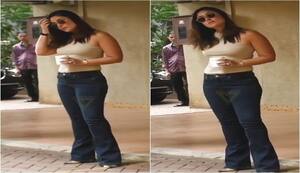 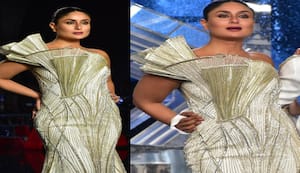 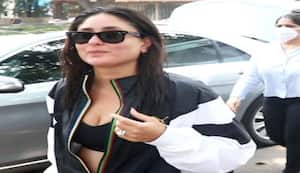 From Kareena Kapoor Khan venturing out for shooting leaving her baby home to Kangana Ranaut cutting the cake at the Thalaivi trailer launch, watch the video of celebs spotting here:

We are back with yet another spotted video. Recently, Kareena Kapoor Khan was spotted in the city. Just last month the actress delivered a baby boy and now, she is back in action. Kareena Kapoor Khan was spotted in Bandra. She looked extremely pretty in a dress. Yesterday, happened to be Kangana Ranaut's birthday. And the makers of Thalaivi released the trailer of the biographical drama film on her special day. Thalaivi trailer launched happened in Hyderabad as well as Mumbai. At the Thalaivi trailer launch, Kangana Ranaut not only cut the cake but also fed to the crew who had joined her at the trailer launch. She looked in an extremely jovial mood. On the other hand, Sunny Leone was snapped at the airport looking as stylish as ever. She wore denim that she paired with a black ganji and an abstract jacket. Bigg Boss fame Sapna Choudhary was also seen at the arrival at Mumbai Airport. Watch the video to know more.