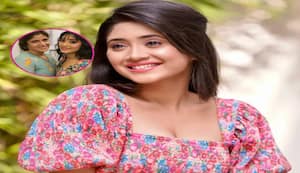 Father's Day 2022: Adaa Khan got THIS KEEDA from her dad [Exclusive]

Khatron Ke Khiladi 11 contestant Nikki Tamboli had been shooting for the show soon after she lost her brother. The actress revealed how her friends, Abhinav Shukla and Rahul Vaidya were her emotional supports at that time.

Nikki Tamboli recently returned back to Mumbai after shooting for Khatron Ke Khiladi 11 in Cape Town. In an exclusive interview with BollywoodLife, Nikki Tamboli spoke about her journey in the show and shares that she has entertained everyone in the show. Nikki also spoke about how her Bigg Boss 14 co-contestants, Abhinav Shukla and Rahul Vaidya were her biggest support while she was performing in Khatron Ke Khiladi just a few days after her brother's demise. She also revealed that instead of overcoming her fears, she has come back with more phobias. Nikki Tamboli expressed her wish to see Arjun Bijlani in Bigg Boss 15. Check out the above video to know more.