'Muh kyun chupa rahi': Kareena Kapoor Khan gets MASSIVELY trolled as she hides her face from paps post partying with her gang – watch

Kareena Kapoor Khan recently became a target of trolls as she decided to hide her face from the paparazzi as she exited a party.

Katrina Kaif recently met with her girl gang - Karisma Kapoor, Malaika Arora and others. They were papped outside Karan Johar's residence. Supposedly, the girls and the director had a get-together to chill and unwind. A video of Kareena exiting KJo's residence has made its way to the internet. In the video, we see her giggling along with sister Karisma Kapoor. While doing so, she can also be seen hiding her face with her sweatshirt. Netizens are trolling for the same and wondering why is she hiding her face. A lot of people assumed that she is either 'high' or 'drunk'. Many also wonder if she was having a bad makeup day. Later we see Kareena letting go of the sweatshirt and smiling for the cameras. Check out the comments below: Also Read - Akshay Kumar's Khiladi, Ajay Devgn's Golmaal Returns and more Bollywood movies unofficially inspired from older Hindi films 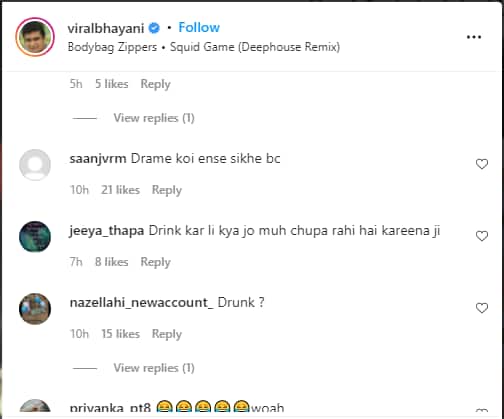 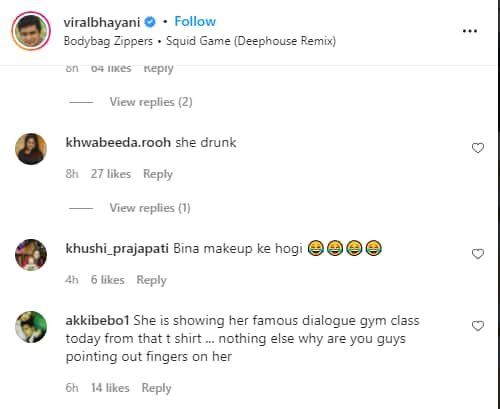 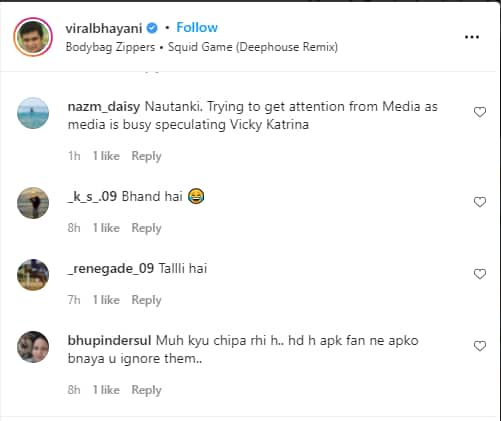 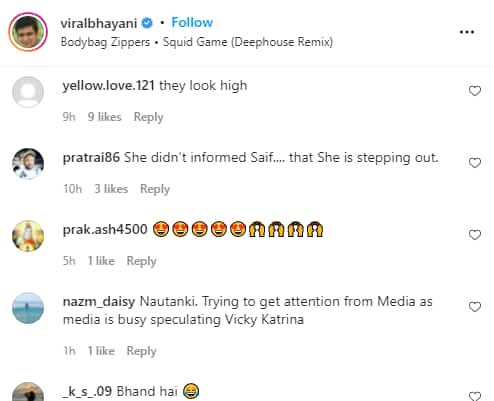 Also Read - Kareena Kapoor, Saif Ali Khan back together on screen; Ranveer Singh drops the perfect reaction for their chemistry