Ranveer Singh's 83 released in theatres on December 24 and it is leaving everyone impressed. The critics are going gaga over how fantastic the film is. And now, Thalaivar has reacted! 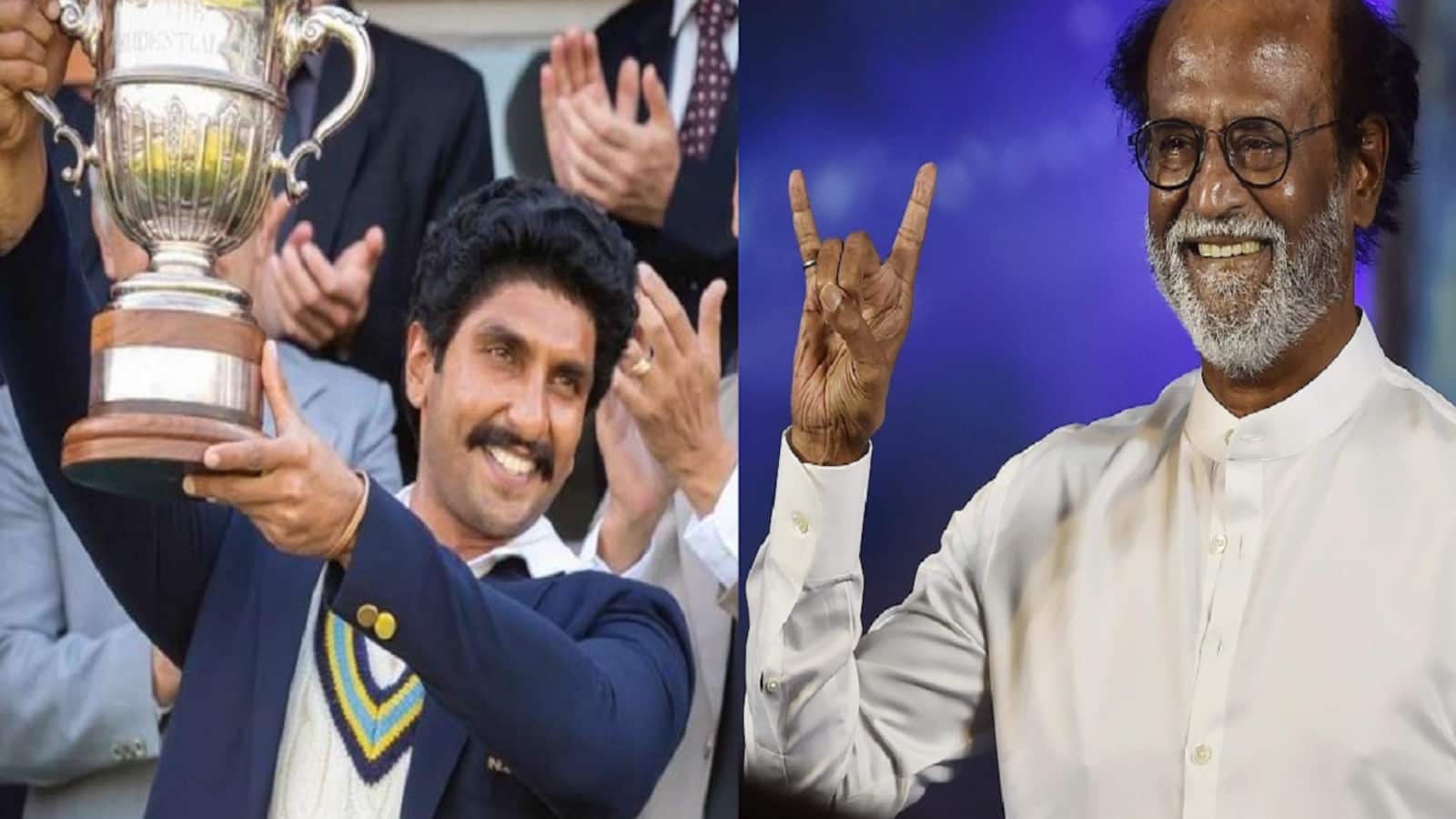 Ranveer Singh's 83 release in theatres on December 24 and it is leaving everyone impressed. The critics are going gaga over how fantastic the film is made. Ranveer and Deepika Padukone had hosted a grand premiere for their Bollywood friends right from Karan Johar, Alia Bhatt, Vaani Kapoor, Janhvi Kapoor to others and they all were blown away with their outstanding performances. In fact, Karan Johar even called the film milestone. And seems like now this film has left the god of cinema Rajnikanth mighty impressed. The Thalaivar took to his Instagram and applauded the film after watching it. He wrote, " #83TheMovie wow what a movie… magnificent!!! Many congratulations to the producers @kabirkhankk@therealkapildev@RanveerOfficial@JiivaOfficial and all the cast and crew". Also Read - Pathaan: Shah Rukh Khan meets fans in his hotel room at 2 am; proves why he is King Khan

#83TheMovie wow ???? what a movie… magnificent!!! Many congratulations to the producers @kabirkhankk @therealkapildev @RanveerOfficial @JiivaOfficial and all the cast and crew …


It's indeed the proud moment for the entire star cast as the appreciation is coming straight from the Rajni sir. Ranveer who is it his blood and sweat for his film, in an interaction he spoke what this film means to him, " I felt deep sense of responsibility to do my best, contribute and anchor a film that is very important for our nation. It is a glorious chapter in our history, an achievement that we want the coming generations to know of and feel proud of their country.". Also Read - Pathaan: Shah Rukh Khan has a great retort when asked about his pay for the action film

Further adding, he said, " I felt duty-bound to the players of the 1983 World Cup-winning squad to recreate, represent and portray their great achievement and justify the cinematic rendition of the story befittingly and also duty-bound to Indian cinema after the struggles that the entertainment business has been through and to deliver a film that brings people back into theatres, that's so important for our movies; a film that unites the diverse cultures of our nation into the bond of cricket and of movies." Also Read - Trending Entertainment News Today: Shehzada trailer rules internet, Varisu beats Thunivu at box office, Sajid Khan out of Bigg Boss 16 and more