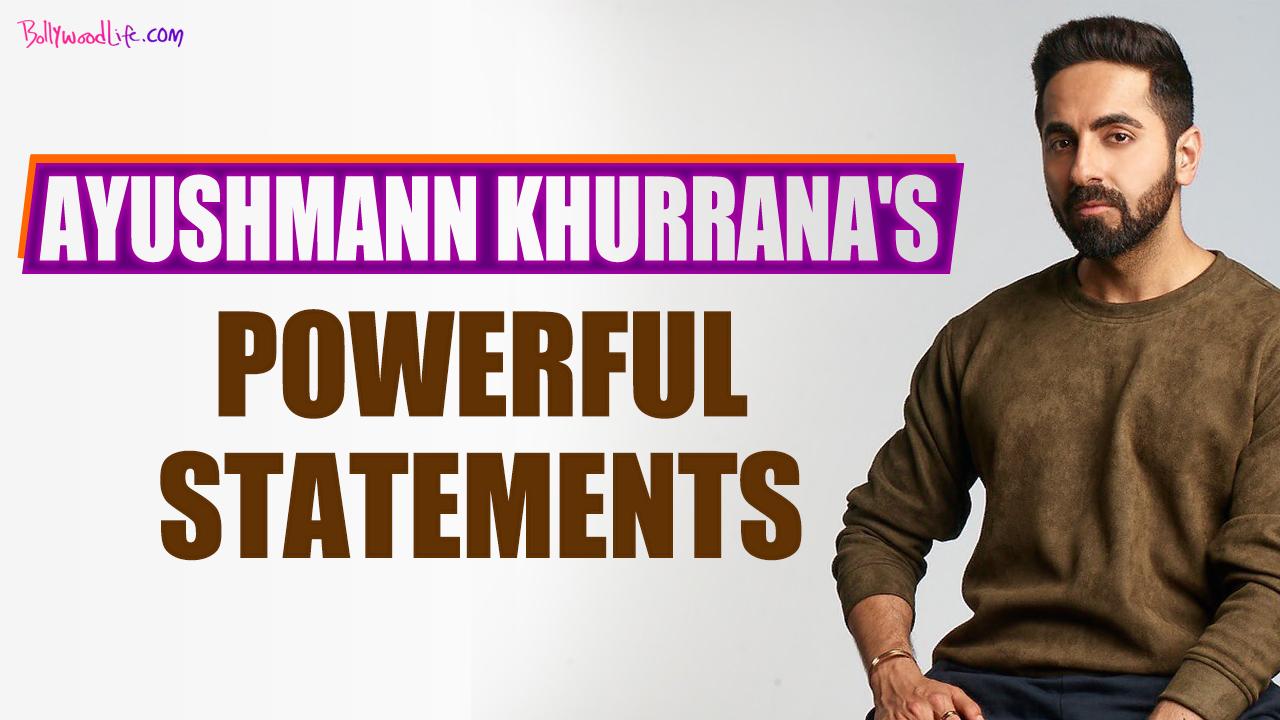 Ayushmann Khurrana Birthday: South vs Bollywood to Same s*x Marriages; check out the most powerful statements made by Anek actor 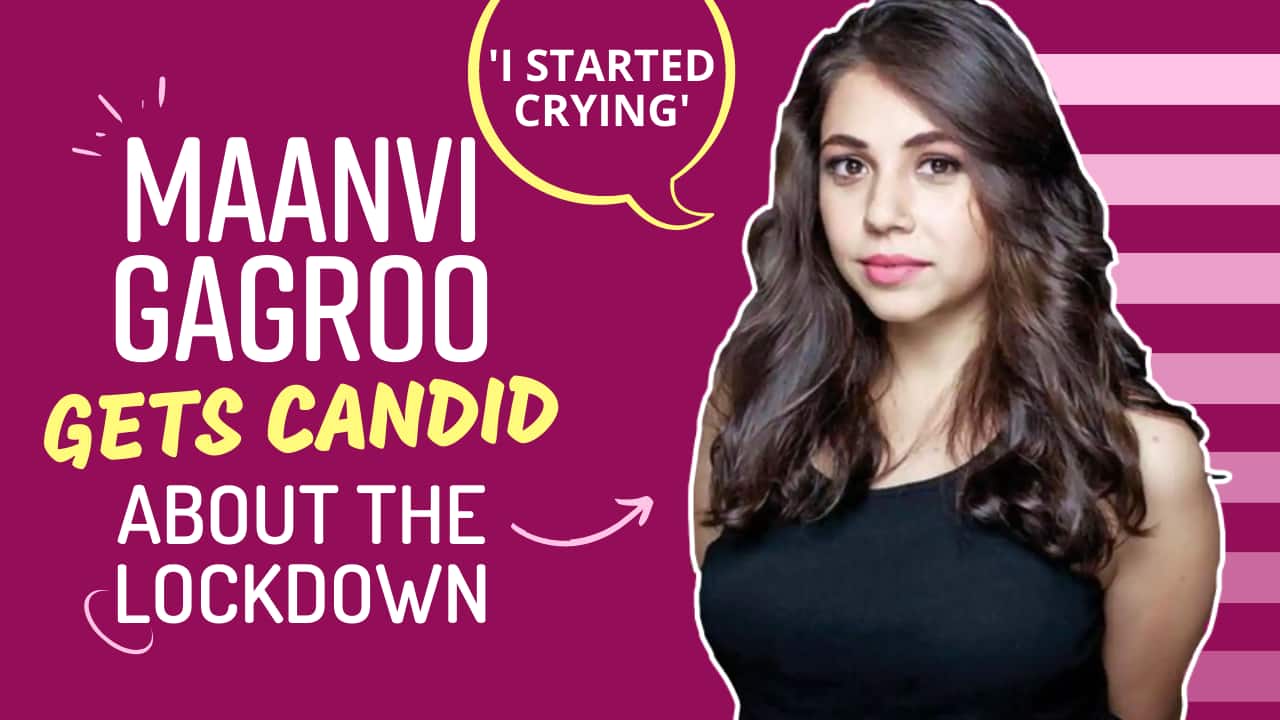 Coronavirus pandemic: 'I was spiralling and beginning to panic,' says Maanvi Gagroo as she talks about COVID-19 [Exclusive]

Shubh Mangal Zyada Saavdhan movie review: Though funny and pertinent in doses, everything is not 'mangal' in this Ayushmann Khurrana starrer

Though a spin-off of the 2017 hit film, Shubh Mangal Saavdhan, this quasi-sequel has no bearing to its predecessor, taking off in an entirely different direction, with Kartik (Ayushmann Khurrana) and Aman (Jitendra Kumar) playing gay lovers, who due to certain complications (not connected to their sexuality) arising in Delhi where they work decide to set off to Allahabad (the timeline is set before the city's name was changed to Prayagraj) for the time being, and attend the wedding of the latter's cousin sister

Several Hindi films have touched upon the subject of homosexuality in the past by taking a comical, and at times, borderline farcical look at the topic. Though not all have them been bad or insensitive (case in point being Abhishek Bachchan and John Abraham's Dostana, which was just a lighthearted funny take), and some have even deviated from humour to paint a stark portrait of the grim reality (case in point being Manoj Bajpayee's Aligarh). However, what none have done is tackle the subject head on within the hardcore commercial space, starring big, mainstream actors. Shubh Mangal Zyada Saavdhan attempts to change that, and through its heart is in the right place, unfortunately, this Ayushmann Khurrana starrer works only in parts.

What's it about
Though a spin-off of the 2017 hit film, Shubh Mangal Saavdhan, this quasi-sequel has no bearing to its predecessor, taking off in an entirely different direction, with Kartik (Ayushmann Khurrana) and Aman (Jitendra Kumar) playing gay lovers, who — due to certain complications (not connected to their sexuality) arising in Delhi where they work — decide to set off to Allahabad (the timeline is set before the city's name was changed to Prayagraj) for the time being, and attend the wedding of the latter's cousin sister. It doesn't take long before Aman's father, Shankar Tripathi (Gajraj Rao), catches them cozying up to each other, which turns into a snowball effect, with Aman's entire family gradually learning of and trying to their best to separate the two.

What's hot
Shubh Mangal Zyada Saavdhan boasts a fine ensemble performance, with Ayushmann Khurrana once again in form, ably supported by Neena Gupta as Aman's mother, tron between her son's love and years of conditioning. The supporting players like Manurishi Chaddha and Maanvi Gagroo also get ample scope to shine, and use it to good effect. It's Gajraj Rao though who walks away with not only the meatiest role in the film (you could even say that he's the lead hero here), but also sinks his teeth deep enough into the part to walk away with another brilliant act in what is turning out to be a wonderful second coming for an extremely talented actor.

The writing is good in places, with Hitesh Kewalya (who also doubles as the debut Director)'s script turning up certain gems of lines and scenes, highlighting the core issues, with a welcome light tone, about why our society at large is failing to wrap their heads around the normalcy of sexual diversity. Chirantan Das's cinematography is sufficiently serviceable in capturing the mood of a small town while editor Ninad Khanolkar keeps things crisp at under two hours. The music, too, while nothing to write home about, doesn't distract you from the proceedings.

What's not
I said that "the writing is good in places" because there are times (and more than a few of them) when it falls flat, with the humour being coerced from a situation offering precious little of it, which eventually dilutes a pertinent issue — precisely what the film tried not doing from the beginning. Plus, the reaction of the locals and authorities in a place like Allahabad seems too far fetched and casual as opposed to the harsh reality of how such tier-2 and tier-3 cities actually look or deal with instances that they see as sexual deviance. Shubh Mangal Zyada Saavdhan really should have been based in a metropolitan for its approach to have struck a believable chord.

It also doesn't help that Kewalya's direction also falters at the same portions where his script faces bumps, leaving it up to his actors to repeatedly pull off a rescue job, which most, except Jitendra Kumar, are up to the task for. The newcomer doesn't seem confident in his first, proper big-screen outing (he had appeared in a little known film like Gone Kesh prior to this), proving that it's an entirely different beast to tackle when making the switch from web series to films.

BL Verdict
Shubh Mangal Zyada Saavdhan is refreshingly funny and lighthearted in tackling a pertinent topic, till it stops being so and almost succumbs to the same trivializing of the topic it attempts to refrain from. Nevertheless, the message is beautiful, most of the performances are good and it's a victory in itself that homosexuality has been ushered into mainstream Bollywood, without neither farce nor preachiness, just as it should be, which will probably pave the way for better such endeavours in future. I'm going with 2.5 out of 5 stars.