Sohil Khan stopped his car to meet his fan and this gesture won many hearts and everyone called him the most humble man and the real Being Human.

Sohail Khan was recently papped in the city after a long time The actor was spotted in his car in the town and he stopped by as he saw a few people waiting to greet them. He spoke to them for a few minutes and left. This gesture by Sohail won many hearts and everyone called him the most humble man and the real Being Human. However, one user didn't agree with t and he rather accused the actor of being nice for cameras or else he is extremely rude. The video posted by the celebrity photographer grabbed a lot of eyeballs. One user denying that he s humble commented on the post, " Camera dekh ke kind banta hai , I have a personal experience with him, he is the most rude person I have met...." Sohail was last seen in Tubelight along with brother Salman Khan. Also Read - Shehnaaz Gill's look from Salman Khan starrer Kabhi Eid Kabhi Diwali leaked? [Watch VIRAL Video] 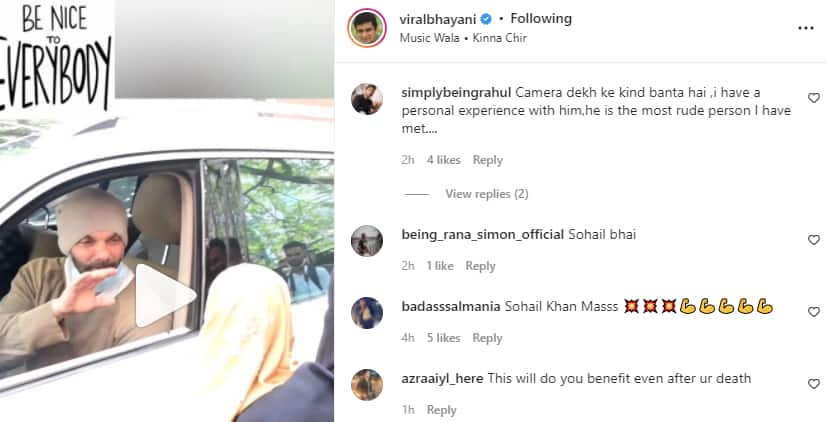