Sunny Leone was recently spotted in town with her three kids, where we saw Nisha Weber walking independently and getting down the stairs.


Sunny Leone is right now enjoying her motherhood phase. The actress became the first by adopting Nisha Weber and she was highly appreciated and adored for doing the same. Nisha is Sunny and Daniel's apple of the eye. Sunny too immensely loves her first child Nisha. Later she became a mother of two sons through surrogacy. And today she has a happy family. Sunny was recently spotted in town with her three kids, where we saw Nisha walking independently and getting down the stairs, while Sunny was seen holding the hands of her two kids who weren't able to step down on the stairs on their own. However, this simple logic is something that social media users fail to understand. As the video was posted by a celebrity photographer, Sunny was trolled for never holding Nisha's hand, in fact, they even claimed of adopting Nisha for publicity. Wonder when will we stop judging. Seems like never! Also Read - Sunny Leone sets temperature soaring in a bikini as she enjoys her beachy vacation in Maldives – View Pics 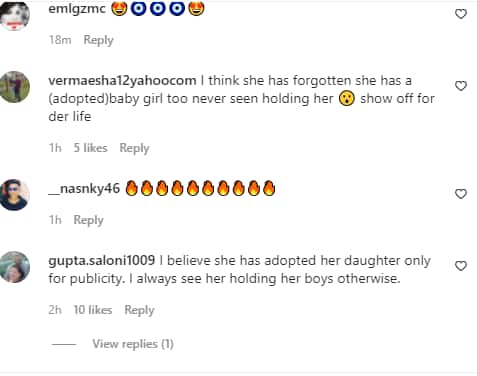 Also Read - The Kapil Sharma Show: Mika Singh confesses he visited Sunny Leone at her LA home at 4 am; says, 'Galat mat sochna' – here's the real reason Stay tuned to BollywoodLife for the latest scoops and updates from Bollywood, Hollywood, South, TV and Web-Series.
Click to join us on Facebook, Twitter, Youtube and Instagram.
Also follow us on Facebook Messenger for latest updates.
Advertisement