Stranger Things 4, Attack, Kaathuvaakula Rendu Kaadhal and more web series and films that are all set to premiere on OTT this week

From Stranger Things season 2 volume 1 to Attack to Kaathuvaakula Rendu Kaadhal, here's a list of movies and web series that you can enjoy on OTT platforms this week. Read on to know more... 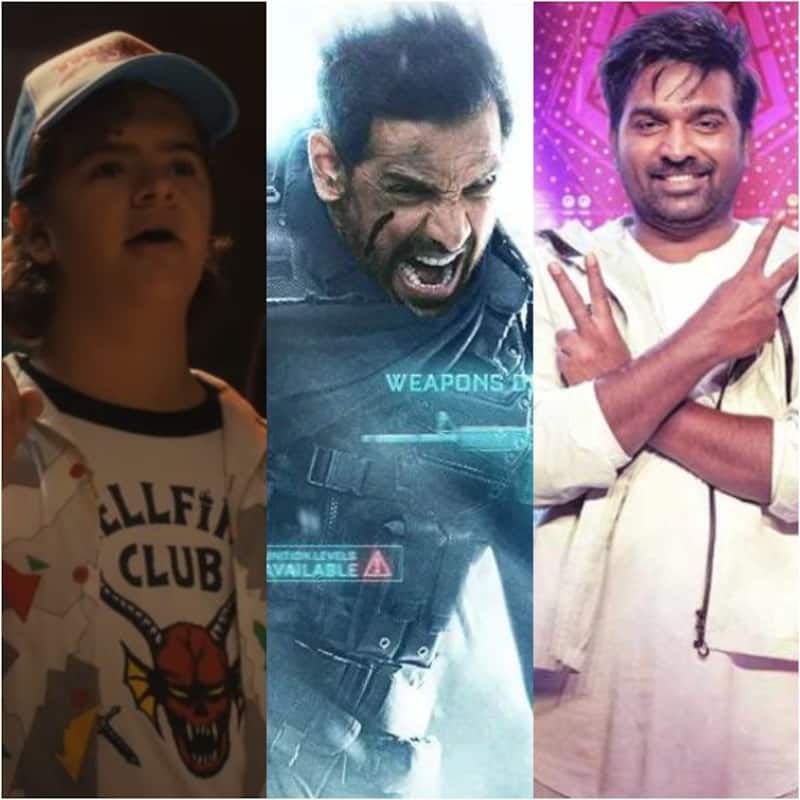 Last week, RRR, Panchayat season 2, Escaype Live, and many more web series and films started streaming on OTT platforms. Now, today, a new week has started, and we are sure everyone will be keen to know what to watch on OTT this week. So, this week also Netflix, Disney+ Hotstar, Zee5, and other streaming giants are all set to give their viewers something interesting. Below is the list of movies and web series that are all to release on OTT this week… Also Read - Khatron Ke Khiladi 12: Shivangi Joshi shares deets about bond with Jannat Zubair; says, 'There were misunderstandings...'

Stranger Things season 4 – Volume 1 (Netflix)
After the super success of three seasons, now Netflix is all set to premiere season 4 of the series. The fourth season will be streamed in two volumes, volume 1 will premiere on Netflix this week on 27th May, and the second volume will be released on 1sy July. Also Read - Bade Achhe Lagte Hain 2: Disha Parmar channels her inner professor in front of Nakuul Mehta; Check out Ram-Priya's fun banter

Attack (Zee5)
John Abraham starrer Attack failed to make a mark at the box office. So, if you haven’t watched the movie in theatres, you can now enjoy it on Zee5. The film, which also stars Jacqueline Fernandez and Rakul Preet Singh, will premiere on the OTT platform on 27th May 2022. Also Read - Karan Johar reveals his first honest reaction after he learnt about Alia Bhatt's pregnancy

Toolsidas Junior (Netflix)
Toolsidas Junior starring Sanjay Dutt and the late Rajiv Kapoor has started streaming on Netflix today. It is Rajiv Kapoor’s last film, and initially, it was slated to get a theatrical release. However, now it has been premiered on OTT.