Aashram 3: Bobby Deol opens up on being nervous doing intimate scenes; says, 'My co-star Esha Gupta was so...'

Bobby Deol and Esha Gupta's hot intimate scene in Aashram 3 had grabbed everyone's attention. Was he nervous pulling off such a steamy scene? Read to know. 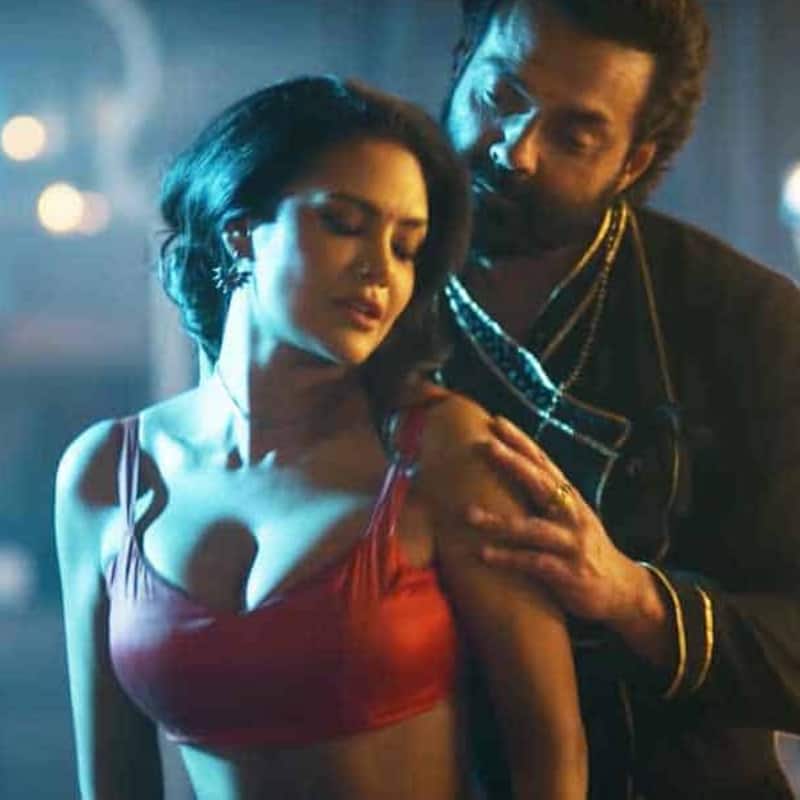 Bobby Deol and Esha Gupta's Aashram 3 also remained to be a hit just like its previous instalments. The web series is available on MX Player and fans are in love with Bobby Deol's character of Baba. He is the Godman with extremely gray shades. Apart from that, Bobby Deol and Esha Gupta's intimate scene also remained to be the most discussed topic on social media. The sizzling chemistry between the two stars and Esha Gupta's sensational moves left many speechless. Now, in a recent interview, Bobby Deol revealed whether he was nervous or not filming the intimate scenes. Also Read - Arjun Kanungo wedding reception: Hrithik Roshan's ex-wife Sussanne Khan with boyfriend Arslan Goni, Bobby Deol and others make a splashing entry

In an interview with SpotboyE, Bobby Deol stated that he was nervous the first time while filming. But then he credited his co-star Esha Gupta for making it all easy for him. He stated that Esha Gupta was a thorough professional. He was quoted saying, "I remember the first time I did an intimate scene, I was very nervous. It was the first time that I was doing something like this. My co-actor (Esha ) was so professional, she was so much involved in how well to portray a character, and then it becomes easy. And that’s why people enjoyed it. The way Prakash Ji shot the scenes, the team did work so everything was put in the right sync." Also Read - Aashram 3 actress Esha Gupta personifies hotness in a cut-out gown with thigh-high slit; fans say, 'Too hot to handle' [View Pics]

The actor also revealed that he was nervous playing a negative character on screen. Aashram 3 is directed by Prakash Jha. He was quoted saying, "I am very happy that people have accepted me despite playing such a negative character. I hope now I get to do more different and challenging roles." Also Read - Aashram hottie Esha Gupta turns her seductress mode on as she sets the stage on fire in a high-slit gown at a fashion show [View Pics]

Esha Gupta's take on filming intimate scenes
In an interview with BollywoodLife, Esha Gupta was asked the same about intimate scenes, "There's nothing about being comfortable or uncomfortable when you have worked for like 10 years in the industry. People think intimacy is a problem but it's not, unless and until it's a problem in your real life. We are very open about it. The only thing is every scene is difficult, whether you're crying or driving on-screen. Maybe intimacy was difficult for me to shoot when I did it for the first time. But when you're shooting with good mature people and a nice actor around you, you don't have any problem. And abhi industry me rehte rehte now that people have been doing so much, I feel they don't show that much in OTT as compared to movies. So I don't think it has anything to do with intimacy. It's just that you feel happy about it or not."