After the wedding procession of Pammi (Aaditi Pohankar)'s cousin is attacked for him daring to mount a horse as a low-caste individual, leading to near-fatal injuries for her brother, Satti (Tushar Pandey), coupled with how her wrestling dreams were earlier shattered again due to casteism, she decides to become a devotee at Kashipur Waale Baba Nirala (Bobby Deol)'s lavish, mini-city, known as his Aashram, after he steps in as a messiah of the oppressed class of society 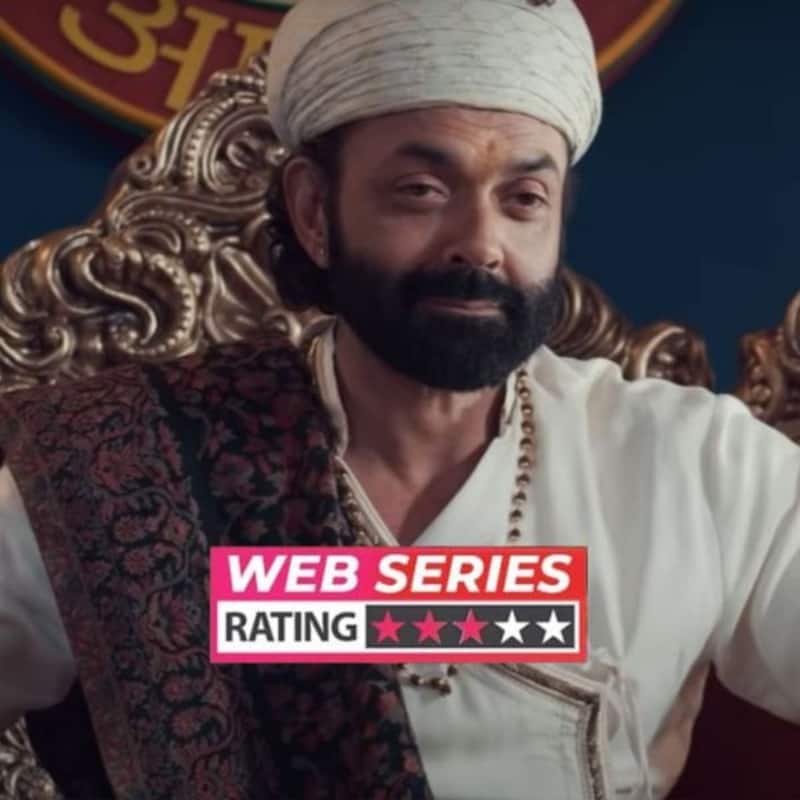 Unless you've been living under a rock, like the rest of us, you too, would've enjoyed the two modern masterpieces, OMG – Oh My God (2012) and PK (2014). However, real-life Godmen are far more sinister, with their business of religion having far more malicious effects than the light-hearted approach adopted by the aforementioned movies, which, nevertheless, did get the point beautifully across. It's this sinister and malicious path that eminent director Prakash Jha's first web series, Aashram, starring Bobby Deol, takes to once again expose Godmen for the conmen that they are. Also Read - Aashram director Prakash Jha reveals if boycott trend affected Aamir Khan's Laal Singh Chaddha or not: 'They are making bakwaas remakes'

After the wedding procession of Pammi (Aaditi Pohankar)'s cousin is attacked for him daring to mount a horse as a low-caste individual, leading to near-fatal injuries for her brother, Satti (Tushar Pandey), coupled with how her wrestling dreams were earlier shattered again due to casteism, she decides to become a devotee at Kashipur Waale Baba Nirala (Bobby Deol)'s lavish, mini-city, known as his Aashram, after he steps in as a messiah of the oppressed class of society. However, it slowly dawns on her that there are many more diabolical skeletons in Babaji's closet than what meets the eye, realising that it’s perhaps better to be with the devil you know rather than the one you don't. Also Read - Move over Aashram 3 and Gandii Baat; THIS web series for free on MX Player puts every bold and erotic OTT show in the shade

If you need only one reason, and a very good one at that, to watch Aashram season 1, then it's Bobby Deol, who deftly balances a calm exterior with callous intent in his best performance to date, typifying the image of a pakhaandi baba. Of course, he's more than backed up by everyone from Aaditi Pohankar (her Haryanvi accent and body language are impeccable), Tushar Pandey, Darshan Kumaar and Anupriya Goenka to Chandan Roy Sanyal, Tridha Choudhury, Vikram Kochhar, Sachin Shroff and Jahangir Khan – full marks to the casting director.

Prakash Jha's direction is also on the money for the most part, displaying all his experience in weaving a complex narrative, encompassing several themes of societal injustice, just like he has done in his big-screen classics. It's also this big-screen expertise of his that he brings to the table in getting his production-design team to create a grand scale for the show, probably the best to date for an Indian web series. His vision is thoroughly supported by Chandan Kowli's camerawork and some fantastic BGM and sound-mixing.

As good as Prakash Jha's direction is in most of the crux scenes and intricate portions, it's what he does in-between that somewhat diminishes the impact of this series, like how it needlessly overstays its welcome by at least 2-3 episodes (there are 9 in total) with filler scenes that could've easily been done away with. In fact, both episodes 3 and 4, the two weakest ones in the show, could've and should've been truncated and accommodated in the episode that followed. Also, after a point, the brainwashing and blind support of Baba Nirala's devotees goes overboard, and you wish you could tell Prakash-ji and his mini-army of writers (five in total) that we've got the point, now move on with the plot.

Truth be told, it's his writers that let Prakash Jha down at various stages in this web show. Plus, the decision to have an annoying song play out many a time when Babaji is offering his so-called knowledge and spreading his so-called blessings around his aashram is highly questionable. Prakash-ji told me in an interview prior to the release that season 2 is already in the works, and while the first season certainly merits a follow-up, I wish these flaws will be ironed out next time around.

For all its great performances (Bobby Deol's hitherto best work), grand vision, good direction for the most part and gumption to dive into the dirty backdoors of Godmen, Aashram is weighed down by needless filler sequences, going overboard and getting repetitive with its main plot point of blind devotion and a nagging feeling that it overstays its welcome by 2-3 episodes. I'm certainly looking forward to a second season for all the right reasons of this web series, and there are plenty of them, but I do hope that the wrong reasons are rectified second time around. I'm going with 3 out of 5 stars.