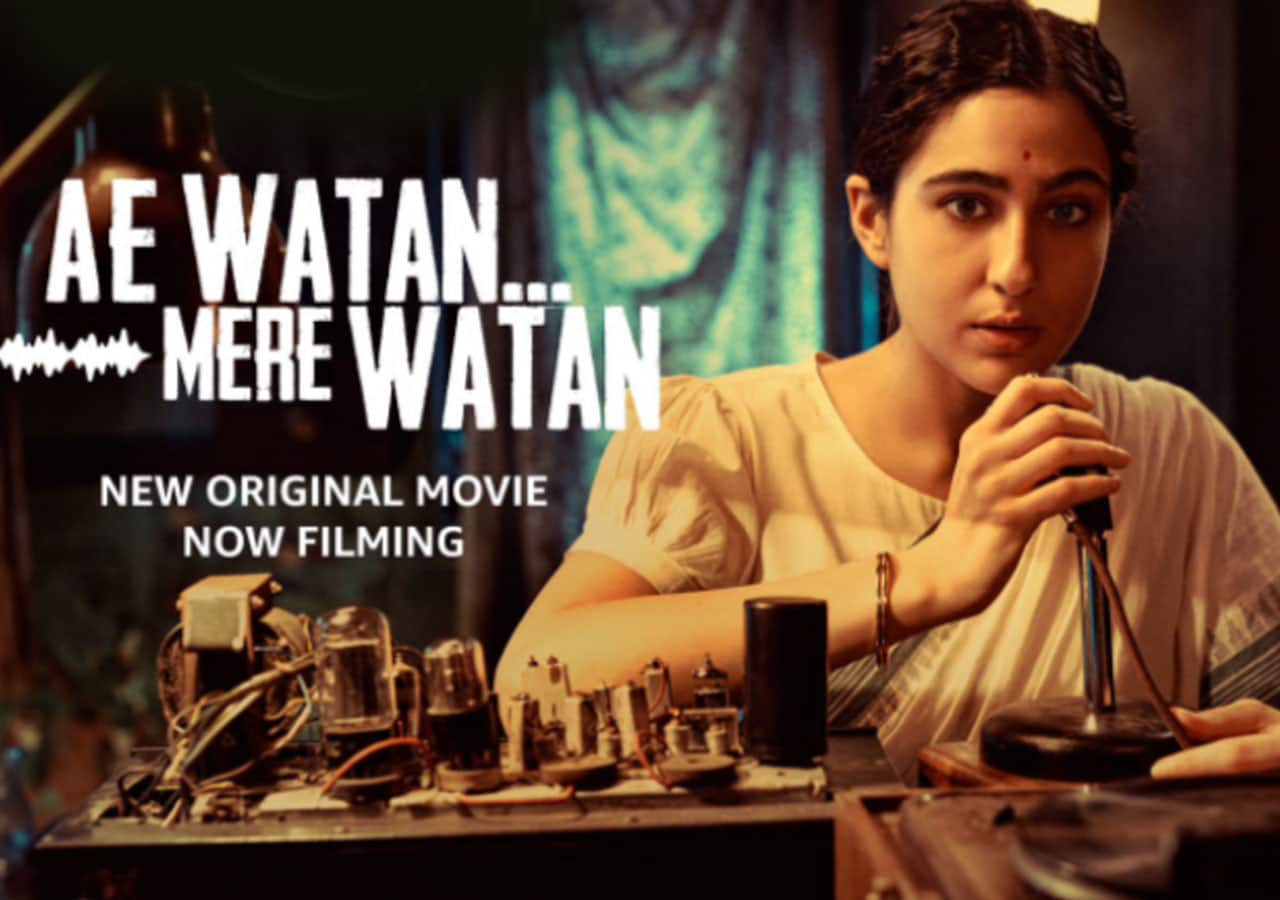 Bollywood actress Sara Ali Khan's Ae Watan Mere Watan's teaser and the first look have been dropped by the makers. Ae Watan Mere Watan is a thriller-drama that is inspired by true events and is touted to be an ode to unsung freedom fighters. Sara's never-seen-before avatar of a freedom fighter will leave you amazed. In the new video, Sara is seen playing the role of Usha Mehta, who is seen assembling a device in a dark room and says the British might think that they have been successful in crushing the Quit India Movement, but that is not the case. She gets interrupted by banging at the door. Also Read - Shehzada actor Kartik Aaryan BREAKS silence on dating rumours with Sara Ali Khan, Ananya Panday; says 'My dates are...'

The story line of Ae Watan Mere Watan is about Sara's journey from being a college girl in Bombay to become a freedom fighter. Popular filmmaker Karan Johar shared the teaser and captioned it as, 'An ode to the unsung heroes, an ode to India’s freedom struggle'. Also Read - Worst Dressed Celebs of the week: Mouni Roy, Sara Ali Khan, Rashmika Mandanna and more stars couldn’t click with their sartorial choices

Sara Ali Khan even expressed her excitement about Ae Watan Mere Watan and said that she is honoured that Prime Video and Dharmatic Entertainment have allowed her to be a part of a film. She even said that she is proud to be able to portray a character that echoes courage and strength. Also Read - Salman Khan, Aryan Khan and more Bollywood celebs AWKWARD pictures that will leave them embarrassed and how

Ae Watan Mere Watan is produced by Karan Johar and Apoorva Mehta. The film will stream on Amazon Prime Video. Directed by Kannan Iyer and the story has been penned down by Darab Farooqui and Kannan Iyer. On the work front, Sara will be next seen in Gaslight opposite Vikrant Massey. She also has a film opposite Vicky Kaushal which will be directed by Laxman Utekar and produced by Maddock Films. Anurag Basu's Metro In Dino will feature her alongside Aditya Roy Kapur.